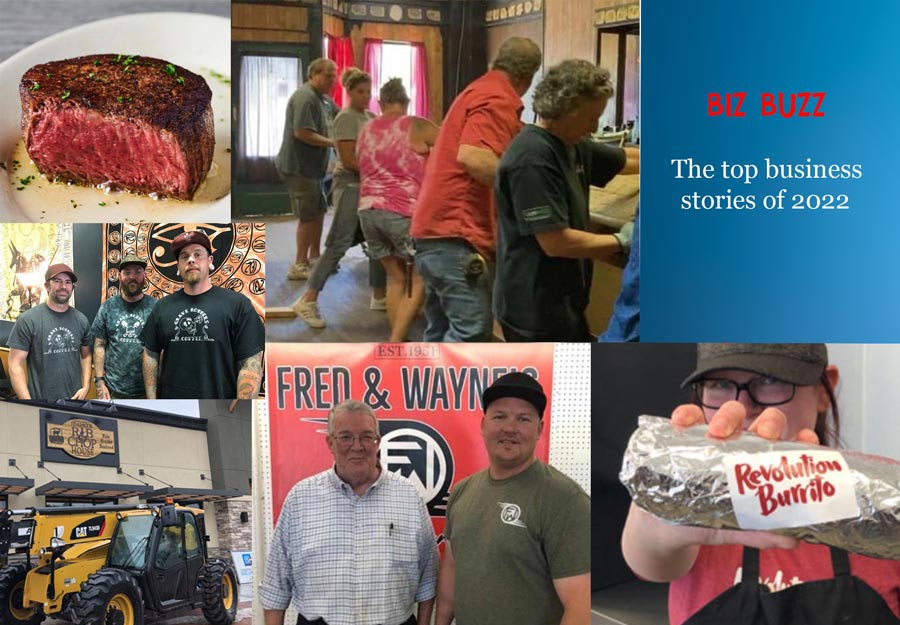 IDAHO FALLS – Among all the news stories we’ve covered this year, 2022 taught us that eastern Idaho has a thriving business sector.

From new shops opening to longtime buildings being repurposed, entrepreneurs were busy making their dreams come true and serving customers in the process.

Here’s a look back at the most viewed business stories of the year, based on our analytics.

The idea of buying Fred & Wayne’s was appealing to Tanner not only because it was established, but it also allowed him to incorporate repairs into the business model. He also likes being able to offer different brands of tires, which isn’t an option at some shops.

One of his mom’s favorite hobbies is riding an e-bike, and Landon would like to start selling them in the future. As an avid fisherman, he’s also toying with the idea of becoming an authorized repair center for Minn Koda, a manufacturer of electric fishing rod motors.

#Treats offers a variety of nostalgic sweets from the 1900s, including Abba-Zabas, Coconut Slices, Whistle Pops (which are similar to Toot Sweets from the movie “Chitty Chitty Bang Bang”), Black Cows, Bottlecaps and Nickel Nips wax bottles. One of the most popular items is bubble gum cigarettes.

In January, the shop moved a few blocks from its old location at 202 South State Street to 326 North State Street. Stephanie and her husband, Flint, were planning to add an ice cream bar inside where they’ll be serving Farr’s Ice Cream to customers.

They’ve also added a space for karaoke and open mic night. A new feature will combine an escape room with a haunted house.

The shop’s new building is part of what used to be a motel, and the duo have been hard at work converting each of the rooms into the FlintRock Retreat, a series of themed Airbnb suites for tourists.

If you spend just a few minutes with Phillip Keathley, it’s clear that he knows his stuff.

The 21-year-old Brigham Young University-Idaho student recently opened Dirtslayers, an outfitter shop at 450 South Yellowstone Highway in Idaho Falls that customizes and builds anything and everything related to off-road vehicles.

Keathley started running the business out of the garage at his Idaho Falls home two years ago, and he’s thrilled to now have a more visible location in town.

Amanda Mitchell and Devyn Pennell have wanted to own a luxury salon for years, and earlier this year, they got their wish. The duo opened Glow Hair Co. at 348 B Street on April 18.

At first glance, Zachariah Monson and his two business partners, Tim Olsen and Zack Mahan, are a rough-looking bunch. But looks can be deceiving.

The trio were hooked on drugs for a long time and have since turned their lives around through rehab and recovery programs.

Earlier this year, they came together to form Grave Robbers Coffee, an online company that makes and distributes fresh coffee beans to clients. The coffee beans are purchased from locations around the globe and are locally roasted.

Since Tyler Karraker was 15, he has dreamed of owning his own restaurant.

The 35-year-old Idaho Falls man got his start working in fast-food restaurants in Central Illinois where he grew up. He moved to eastern Idaho about 10 years ago and opened Revolution Burrito in February at 900 Pancheri Drive, Suite A. (It closed down a few months later).

When it closed in 2020, Collet’s Pub at 132 Main Street in Firth had been serving customers for 90 years.

Holly Johnson, who has fond memories of eating hamburgers there with her family as a kid, recently bought the 1,200-square-foot space and the old theater next to it.

She and her husband, Brian, and their friends, Brett and Jeniece Olive and Shuryce Prestwich, are working on updating it and giving it a fresh, new look. They were tentatively planning to reopen Collet’s in September when we spoke to them in July. As of Dec. 31, the owners indicate on the business’s Facebook page they’re “excited to reopen as soon as possible.”

EastIdahoNews.com learned in February Dick’s Sporting Goods, which opened in the Grand Teton Mall earlier this year, was coming to Idaho Falls. Here is the story we published at that time.

In January, we learned a Wendy’s and a car wash were in the works at 1371 North Second East, the property immediately south of the 100-acre parcel on North Second East and Moody Drive in Rexburg where construction on the temple is expected to begin soon. Here’s what we reported.

The Rib & Chop House, which had been under construction for six months, opened on March 28 in the space next to Lucy’s Pizza at 320 Memorial Drive in Idaho Falls. Read the original story here.