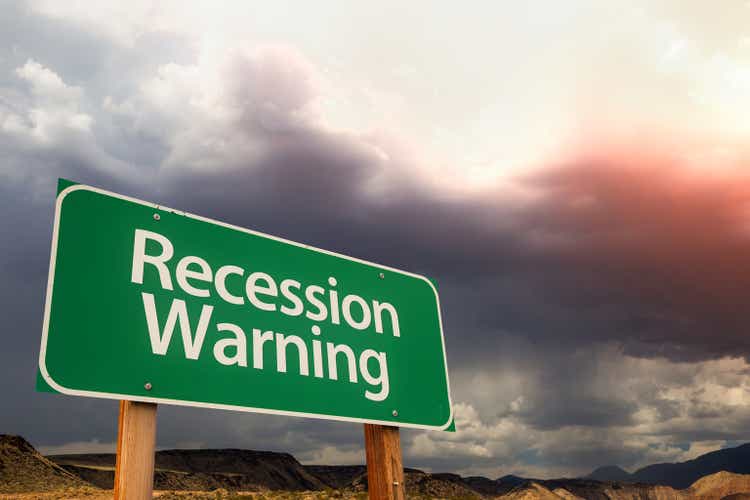 A Note on Methodology

Data is presented in a “just the facts, ma’am” format with a minimum of commentary so that bias is minimized.

Where relevant, I include 12-month highs and lows in the data in parentheses to the right. All data taken from St. Louis FRED unless otherwise linked.

A few items (e.g., Financial Conditions indexes, regional Fed indexes, stock prices, the yield curve) have their own metrics based on long-term studies of their behavior.

Where data is seasonally adjusted, generally it is scored positively if it is within the top 1/3 of that range, negative in the bottom 1/3, and neutral in between. Where it is not seasonally adjusted, and there are seasonal issues, waiting for the YoY change to change sign will lag the turning point. Thus I make use of a convention: data is scored neutral if it is less than 1/2 as positive/negative as at its 12-month extreme.

With long leading indicators, which by definition turn at least 12 months before a turning point in the economy as a whole, there is an additional rule: data is automatically negative if, during an expansion, it has not made a new peak in the past year, with the sole exception that it is scored neutral if it is moving in the right direction and is close to making a new high.

For all series where a graph is available, I have provided a link to where the relevant graph can be found.

November data was sparse, including the FHFA house price index, which was unchanged, and the Case Shiller national index, which declined slightly month over month. YoY growth in both indexes declined.

Although they have declined significantly since October, corporate bonds remains near the top of their 10 year range, so are negative. The same applies to long-term treasury bonds and mortgage rates. Corporate bond yields, which often peak even before the Fed finishes raising rates, may have already made their high.

While the spread between corporate bonds and Treasuries remains positive, all three of my yield curve indicators have now turned negative. Only the Fed funds and 3 month Treasury are not fully inverted vs. the rest of the curve, where the 6 month Treasury is the highest yielding maturity.

Real Estate Loans (from the FRB)

The highest mortgage rates in 12 years killed both purchase and refinance mortgage applications, the four week averages of which continue at or close to 8 and 20 year lows, respectively. On the other hand, mortgage rates, like bond yields, appear to have made their peak for this cycle, and are getting “less negative.”

From 2018 until late in 2020 real estate loans with few brief exceptions stayed positive. Earlier last year they varied between neutral and negative, but for the past several months have been very positive. This is being helped by inflation in house prices; thus the turn in the indicator will be when that cools.

The Federal Reserve has discontinued this weekly series. Data is now only released monthly. October data was released four weeks ago:

No recession has happened without a YoY real M1 negative, or YoY real M2 below +2.5%. Real M2 fell below that threshold in March. Real M1 also turned negative as of May.

FactSet estimates earnings, which are replaced by actual earnings as they are reported, and are updated weekly. The “neutral” band is +/-3%. I also average the previous two quarters together, until at least 100 companies have actually reported. Q3 earnings were originally negative but improved into the neutral range. Although I won’t start including the estimates until January, as of now Q4 2022 profits are estimated to decline by another -2.1%, for a cumulative decline since Q2 of -3.9%, which would turn this metric negative.

In these indexes, lower = better for the economy. The Chicago Fed’s Adjusted Index’s real break-even point is roughly -0.25. In the leverage index, a negative number is good, a positive poor. The historical breakeven point has been -0.5 for the unadjusted Index. Leverage is near its highest since the Great Recession, obviously very negative.

The Miller Score is designed to look 52 weeks ahead for whether or not a recession is possible. Any score over 500 means no recession. This number fell below that threshold at the beginning of August 2021, so not only is it negative, but we are now well into the “recession eligible” time period.

The St. Louis Financial Stress index is one where a negative score is a positive for the economy, and during its limited existence, has risen above zero before a recession by less than one year. It has just done so, warranting a change of rating to “neutral.” It will turn negative if it stays above +0.2 for at least 4 weeks. This was its 2nd week above that level, indicating a likely recession start in about 4 months.

The BCIp, which remained very positive until very recently, deteriorated sharply in the past month. It is now below its recession-signaling threshold for the second week.

In early 2021, both the broad rating and the USD against major currencies turned higher YoY, and so changed to neutral. With both measures now well above +5% YoY, these ratings are negative. Note that both have improved considerably – i.e., “less bad” – in the past few weeks, and the broad index in particular is on the verge of turning neutral.

Since January 3 of this year, there have been ongoing new 3 month and even 1 year lows. Since in the past 3 months we have had no new high, this indicator has turned back from neutral to negative.

The regional average is more volatile than the ISM manufacturing index, but usually correctly forecasts its month-over-month direction. These had usually been extremely positive ever since June 2020, but since this spring, gradually declined to neutral and then negative.

New claims made new all-time lows on a 4 week average in April. Once this metric failed to make a new 3 month low, its rating changed to neutral. It will not turn negative unless and until the 4 week average is higher YoY. In the last several months, it has trended sideways to moderately higher.

This gradually improved to neutral at the beginning of 2021, and has been positive since then. There is a great deal of seasonality in the numbers, which typically rise slowly throughout the year except for certain holiday periods. The comparisons in the past several months have deteriorated sharply, and having fallen below +3.0% YoY, turned neutral. They have been only +0.2% or lower YoY for the past 4 weeks.

Tax Withholding (from the Dept. of the Treasury)

YoY comparisons turned positive in the beginning of 2021, remained that way until a short time ago. The YoY% change fell below 5% several times since summer, then rebounded, and oscillated between neutral and positive for several months. This week they are neutral again, after having been down YoY for the month of November.

Of note, for the entire 1st fiscal Quarter beginning October 1, tax withholding is only up 0.5%!

Oil prices and usage (from the E.I.A.)

Note: With gas and oil prices so volatile in the past 12 months, I believe the best measure is against their 3 year average. Measuring by 1 year, both have turned positive.

TED was above 0.50 before both the 2001 and 2008 recessions. Since early 2019 the TED spread had remained positive, except the worst of the coronavirus downturn, until this spring. It has been very choppy recently, varying between neutral and negative. This week it was neutral again.

LIBOR has been increasing consistently well into its negative range.

After a very positive 2021, this measure declined to less than half its best YoY level, thus changing to neutral. Last week was the lowest level since February 2021. The only time in its 15 year history it has been this low not in or coming out of a recession was in January 2016. I will continue to treat it as neutral unless the number turns negative.

The comparison year for this metric is 2019 and not 2021. This year the metric gradually improved to neutral, and for one week, positive. But it has since changed back mainly to neutral, and then negative. This week it returned to negative.

Note I am now measuring its 7 day average to avoid daily whipsaws.

The Redbook index remained positive almost without exception since the beginning of 2021 until October. With two exceptions the past 7 weeks have been the lowest YoY comparisons in many months. The new link I have added above goes to a 5 year graph to best show the comparison.

I accordingly downgraded this metric to neutral. If it falls below 5%, I will downgrade it to negative.

Railroads (from the AAR)

Rail carloads turned positive early in 2021, before gradually fading to negative from August through the end of the year and the beginning of this year. The total loads index has been consistently negative for the past four months. In the past several months, comparisons have hovered near the zero line, varying between neutral and negative. This week they were negative again.

Harpex increased to near record highs again earlier this year, but has since backed off all the way to new lows. BDI has traced a similar trajectory, warranting a change to negative.

I am wary of reading too much into price indexes like this, since they are heavily influenced by supply (as in, a huge overbuilding of ships in the last decade) as well as demand.

Since the end of March 2021, against terrible comparisons, this metric had been positive, typically running at a double digits higher YoY percentage growth. This past spring, after almost continuous deterioration, it turned negative, and has remained so.

Below are this week’s spreadsheets of the long leading, short leading, and coincident readings. Check marks indicate the present reading. If there has been a change this week, the prior reading is marked with an X:

Six weeks ago, I went from “Recession Watch” to “Recession Warning,” as all three of my primary systems are consistent with a near-term or imminent recession.

The two big measures of employment: the staffing index and tax withholding, both improved this week, the former very slightly, and the latter more substantially, although other measures show it only tenuously positive. Redbook consumer spending also had its best reading in a month.

The most significant change is not included in my spreadsheet. It comes from the economic statistics updated weekly by the late Jeff Miller. Georg Vrba’s IM timing index flashed a 20 week recession signal one week ago, and deteriorated further this week.

I suspect the decisive factor in the direction of the economy in the next few months will be what happens with the price of gas.