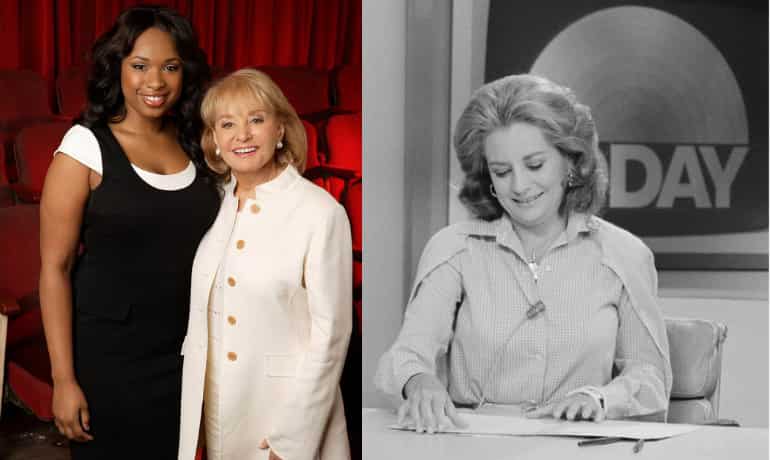 Barbara Walters is no more. The trailblazing American broadcast journalist, who paved way for females in journalism, passed away peacefully at her home. She was 93 years old.

Soon after her death was confirmed, tributes started pouring in. Many celebrities, like Oprah Winfrey, Disney CEO Bob Iger, and actress Alyssa Milano, remembered Walters and the legacy she left behind.

Remembering Walters, who co-created the famous show ‘The View,’ Oprah wrote: “Without Barbara Walters, there wouldn’t have been me, nor any other woman you see on the evening, morning, and daily news. She was indeed a trailblazer. I did my very first television audition with her in mind the whole time.”

Actress Alyssa Milano paid tribute to the late soul and wrote: “Rest In Peace, Barbara Walters. “Thanks for helping me find my voice.”

Actress Lynda Carter tweeted: “Barbara Walters was an American institution. As the first female national news anchor, she opened the door to endless possibilities for so many girls who wanted to work in TV, myself included. Her impact cannot be overstated. I’ll miss you, Barbara. Thank you for everything.”

Barbara Walters was an American institution. As the first female national news anchor, she opened the door to endless possibilities for so many girls who wanted to work in TV, myself included. Her impact cannot be overstated. I’ll miss you, Barbara. Thank you for everything. pic.twitter.com/HokDilM6Rj

Disney CEO Bob Iger also remembered the legend: “Barbara was a true legend, a pioneer not just for women in journalism but for journalism itself. She was a one-of-a-kind reporter who landed many of the most important interviews of our time, from heads of state to the biggest celebrities and sports icons. I had the pleasure of calling Barbara a colleague for more than three decades, but more importantly, I was able to call her a dear friend. She will be missed by all of us at The Walt Disney Company, and we send our deepest condolences to her daughter, Jacqueline.”

Jennifer Hudson shared a photo of her with the Walters and wrote, “A true trailblazer and icon! She lived a full life and leaves behind such a powerful legacy. Rest in peace, Barbara Walters.”

Barbara was the first American female journalist to anchor the evening show. In her 5 decades-long career, Walters interviewed many renowned personalities – from big Hollywood stars to politicians, and royals.

ABC broke the sad news of her death. “She lived her life with no regrets. She was a trailblazer not only for female journalists but for all women,” her publicist, Cindi Berger, said in a statement.