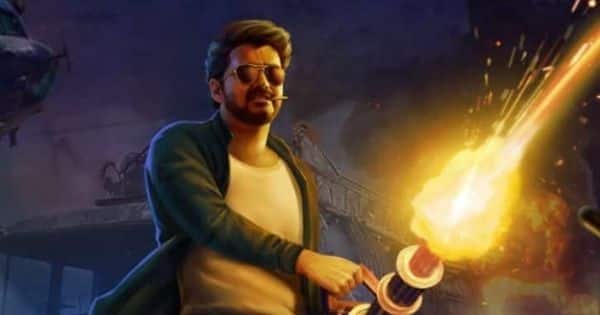 Thalapathy Vijay and Director Nelson Dilipkumar’s desi Die Hard is an atrocious farce of a film. Nelson falls prey to star-worshiping in the worst possible way with Beast, ironically diminishing the superstar aura of Vijay, which has been so effectively used by Directors like Atlee, A.R. Murugadoss and Lokesh Kanagaraj in the recent past via well-scripted fare. Worse still, he reduces a delicate hostage scenario to a ludicrous joke and let’s not even get into the blatant body-shaming and objectification. And all this has now seemed to badly affected the movie at the box office as the Vijay and Pooja Hegde starrer has been crashing and burning from day 2 itself after a good opening, and things have only gotten worse on days 3 and 4. Also Read – Trending Hollywood News Today: BTS’ new album to release on THIS date, Kendall Jenner titillates fans with topless photo and more

While Beast was barely pulling itself along in Tamil Nadu, the curtains fell from day 2 onward in every other territory, and with the monstrous status that KGF 2 has assumed everywhere else, no surprises for guessing that the Thalapathy Vijay and Pooja Hegde starrer has now been squashed in its home state as well. In fact, theatres across the state of Tamil Nadu have been replacing shows of the Vijay starrer with the Yash starrer, something that would’ve been thought inconceivable at least in Tamil Nadu prior to both films clashing at the box office. Also Read – Disha Patani horribly TROLLED for sexy monokini pic; netizens take a dig with Tiger Shroff’s dialogue, ‘Arre choti bacchi ho kya’

It makes perfect business sense though since after the replacement of shows, KGF2 is running houseful since 3 a.m. while several of Beast’s shows aren’t even running to quarter capacity for its prime-time shows in the evening. Beast managed to gross over ₹100 crore worldwide in its first 3 days, but that’s mostly due to the humongous opening. From day 4, Saturday, 16th April, the movie appears to be going nowhere, with day 5, Sunday, 17th April, dropping even more miserably, and given the astronomical costs involved, the writing seems to be well and truly on the wall. Also Read – BTS: ‘We love you Jungkook’ trends as ARMY hypes up the singer – see Twitter reactions

Check out the day-wise, worldwide box-office breakup for Vijay’s latest action movie below:

There’s no two ways to look at it – Beast is headed to be an epic disaster.