Skip to content
HomeEntertainmentKailia Posey, Internet’s grinning girl in popular GIF, dies by suicide; she was 16 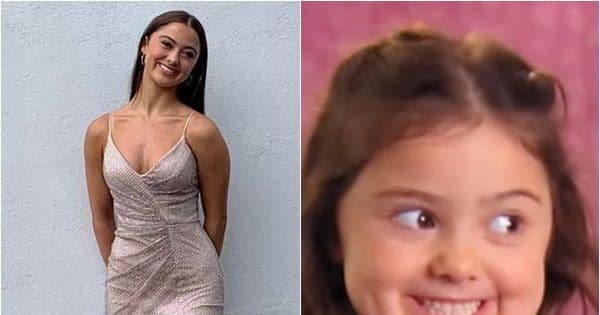 Kailia Posey, who was a popular face on the internet thanks to her viral grinning GIF, has died by suicide at the age of 16 in Washington. Her mother Marcy Posey Gatterman mourned the loss of her teenage daughter in a Facebook post. “I don’t have words or any thoughts. A beautiful baby girl is gone. Please give us privacy as we mourn the loss of Kailia. My baby forever,” she wrote.

According to a report in TMZ, Kailia’s family confirmed that she took her own life. “Although she was an accomplished teenager with a bright future ahead of her, unfortunately in one impetuous moment, she made the rash decision to end her earthly life,” her family was quoted as saying by the American tabloid.

Her family added, “She won countless crowns & trophies after competing on the pageant circuit her entire life … Her highly acclaimed talent as a contortionist had already led to professional touring job offers, and she had recently been selected to be a cheerleader at her high school next fall.”

Her last Instagram post is being flooded with comments from her friends and fans as they mourn her loss. Kadan Bart Rockett, who was a magician act from America’s Got Talent 11, shared a heartfelt note for his first ever girl friend.

“I am sick & saddened by some of the junk that has been posted about my friend @kailiaposey . You knew her from the TV show Toddlers & Tiaras, the Netflix movie, ELI, her viral video & GIF, as an incredible contortionist as well as Pageant Queen but to me, she was Kailia; my first “girlfriend”, my first magicians assistant & my forever friend. Her smile lit up every room she entered & her sweet spirit will live on forever in our hearts. I cannot began to comprehend WHY. If only I could have talked to you one more time. If you or anyone your know is struggling, YOU ARE NOT ALONE. PLEASE reach out to family, friends or most any other human! National Suicide Prevention Hotline: 1-800-273-8255,” he wrote while sharing a series of their childhood photos on Instagram.

Kailia rose to fame when she appeared in TLC’s Toddlers & Tiaras. A GIF featuring her grinning face became popular on the internet worldwide and it went on to become a popular meme and GIF. She recently participated in the Miss Teen Washington pageant. According the pageant’s website, she wanted to study aviation and become a commercial pilot.