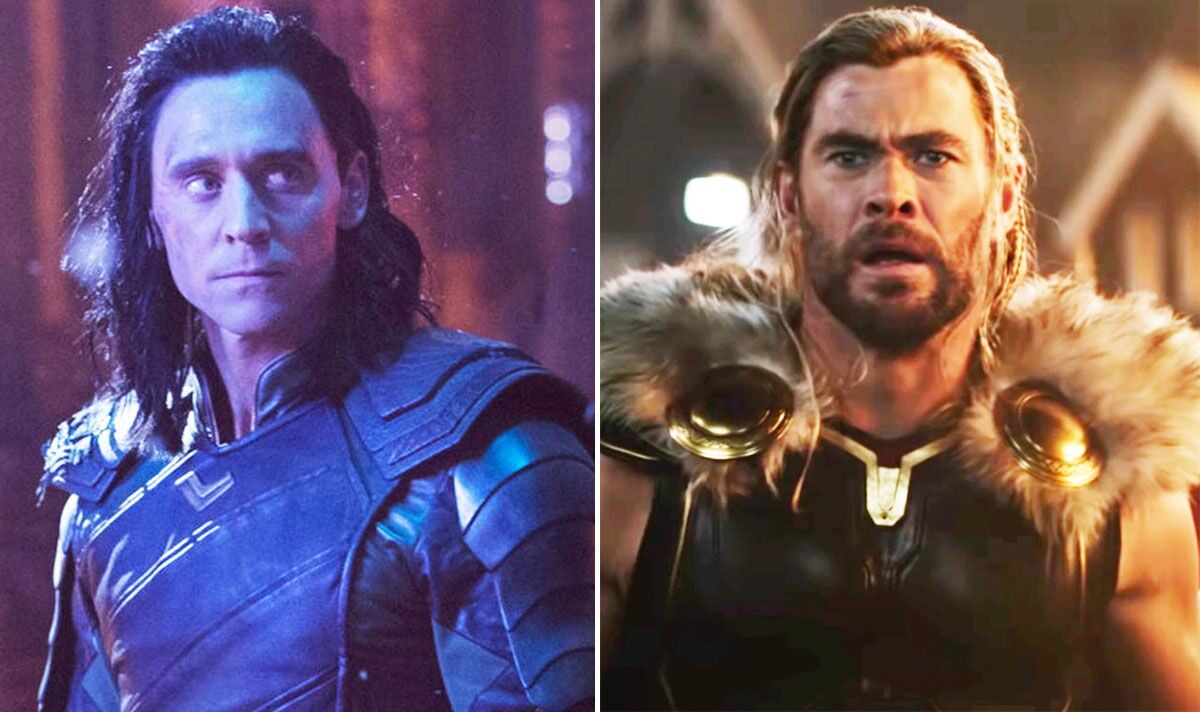 WARNING: SPOILERS AHEAD FOR THOR LOVE AND THUNDER. For the first time ever in a Thor movie, Tom Hiddleston’s Loki did not feature – or did he? The last time we saw his god of mischief in the MCU’s Sacred Timeline was at the beginning of Avengers Infinity War.

The Asgardian ship had been boarded by Thanos, as Loki tried and failed to kill the Mad Titan before being strangled to death by him. Just beforehand, the redeemed villain promised Thor: “I assure you, brother, the sun will shine on us again.”

Of course, when Marvel‘s Avengers Endgame came around, a Loki variant from 2012 managed to escape the Battle of New York with the Tesseract.

This led to the events of Disney+ show Loki, when he was captured by the Time Variance Authority. The difference is though, while this version of the god of mischief is still jumping around the MCU, the Sacred Timeline one is well and truly dead – but we haven’t seen the last of him.

There she is greeted by Idris Elba’s Heimdall, welcoming her to the Viking afterlife, Valhalla.

Moon Knight had already asserted in the MCU that all religious afterlives exist, and can be entered and escaped back into the world.

With this in mind, we doubt we’ve seen the last of The Mighty Thor, but also Heimdall’s appearance promises hope for seeing the Sacred Timeline Loki too.

Fans will remember that Heimdall was slaughtered in the Avengers Infinity War opening scene with Loki. He’s now “alive” in Valhalla, so presumably, the redeemed god of mischief is there too.

This means a potential Thor 5 could see the three of them returning to Earth to see Chris Hemsworth’s god, or maybe the latter travelling to Valhalla.

Certainly, if Thor is to die in his final MCU moments, it would be really touching to see him reunited in the Viking afterlife with his original Loki.

Thor Love and Thunder is out now in cinemas.