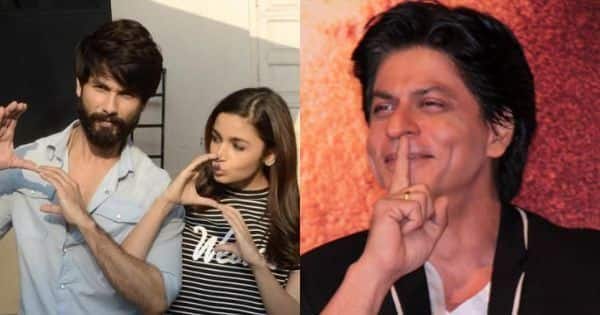 Shah Rukh Khan is known for his acting skills. He is also known for his wit and sense of humour. now there was a time when SRK used to host many award shows. He was hosting Filmfare Awards along with Kapil Sharma. They were talking about the set being shaandaar. That’s when SRK took a dig at Shahid Kapoor and Alia Bhatt starrer Shaandaar which was a box office failure. Have a look at the video below: Also Read – Trending OTT News Today: Sidharth Malhotra is Rohit Shetty’s newest cop universe hero, Rupali Ganguly shines in Anupamaa Namaste America promo and more

Meanwhile, in an old interview to Indian Express, Alia had spoken about one habit of SRK which she didn’t like. She had said that while there is nothing that she hated about him, there was something that she felt bad about. She said that he doesn’t eat at all. “Let me tell you an incident. On sets it was always very quiet. No one was allowed to speak. We used to have heavy scenes and long takes and lots of dialogues and we used to run through the whole scene. Suddenly in between, I could hear a growl and I could sense that it was coming from his stomach. Then we used to give him biscuits. He drinks a lot of coffee. I also drink coffee but I also have my food. So I used to feel bad about that and I used to tell him that he should eat,” Alia had said. Also Read – Akshay Kumar apologises for endorsing pan masala brand after backlash; says, ‘I step back’

On the work front, SRK recently announced social comedy Dunki with Rajkumar Hirani. He will also be seen in Pathan and Atlee’s next. Also Read – Trending South News Today: Naga Chaitanya’s team on his second marriage reports, KGF 2 actor Yash desires to make his Bollywood debut with this actress