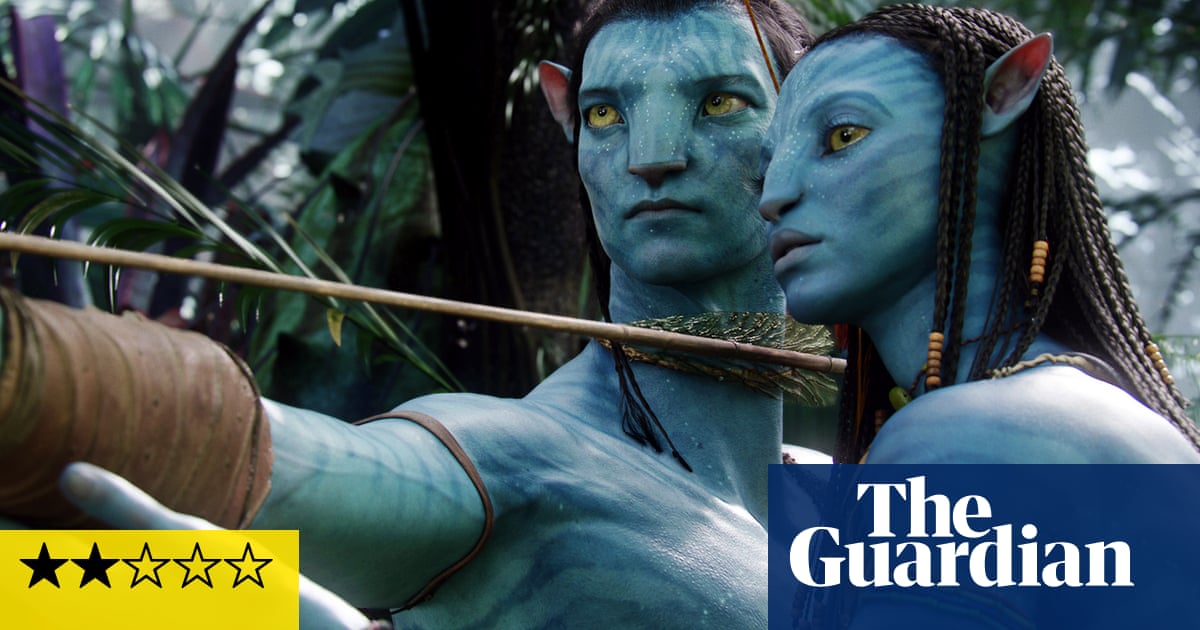 As a curtain-raiser to the forthcoming sequel, unpromisingly subtitled The Way of Water – downwards? – James Cameron’s original Avatar from 2009 is being re-released. This was his folie de grandeur and vast, mystifying epic sci-fi fantasy that at the time was solemnly praised for its introduction of a new, improved immersive 3D technology. And for a while after Avatar was released, 3D ruled for all big-budget action movies. But then 3D was quietly dropped without anyone saying a word. Will the Avatar 2 be presented in 3D? Perhaps so, and perhaps that will make it the box office blockbuster that the exhibition sector is saying cinema badly needs. The advance word on its use of High Frame Rate is good.

Well, it has to be said that Avatar 1 has aged uneasily in the years since 2009. This is the strange, contorted story of Planet Earth a hundred years into the future attempting to solve its energy security issues (as we have learned to say in 2022) by mining a vital new mineral called “unobtanium” from a distant planet, to be found in the centre of a lush tropical forest whose indigenous blue-faced inhabitants are called Na’vi – but look like Smurfs. Humanity has a plan to create remote-controlled Na’vi bodies, or “avatars”, which can be piloted into the jungle to entreat with the Na’vi peoples and ask what it might take to get them to withdraw voluntarily. Disabled, wheelchair-using war veteran Jake Sully, played by Sam Worthington, is thrilled to be given the existentially liberating chance to inhabit one of these avatars: and winds up going native and falling in love with one of the Na’vi: Neytiri, played by Zoe Saldana.

The sheer laborious silliness of Avatar feels like harder work the second time around and its essential problem is more prominent. This film came out in 2009, on a political cusp: it couldn’t quite make its mind up about whether it was a gung-ho shock’n’awe action movie or not: a Dubya film that had entered the more caring world of Obama. Technical innovation in movies can quickly look not obsolete exactly, but less like an overwhelming reason to feel excited. Cameron’s Titanic and Terminators are still favourites because of the great storytelling. It remains to be seen whether the grandiose-yet-twee Na’vi are going to command the same attention.