Skip to content
HomeBusinessJames Bailey of Waitrose: ‘Every business in every sector will find winter really difficult’ 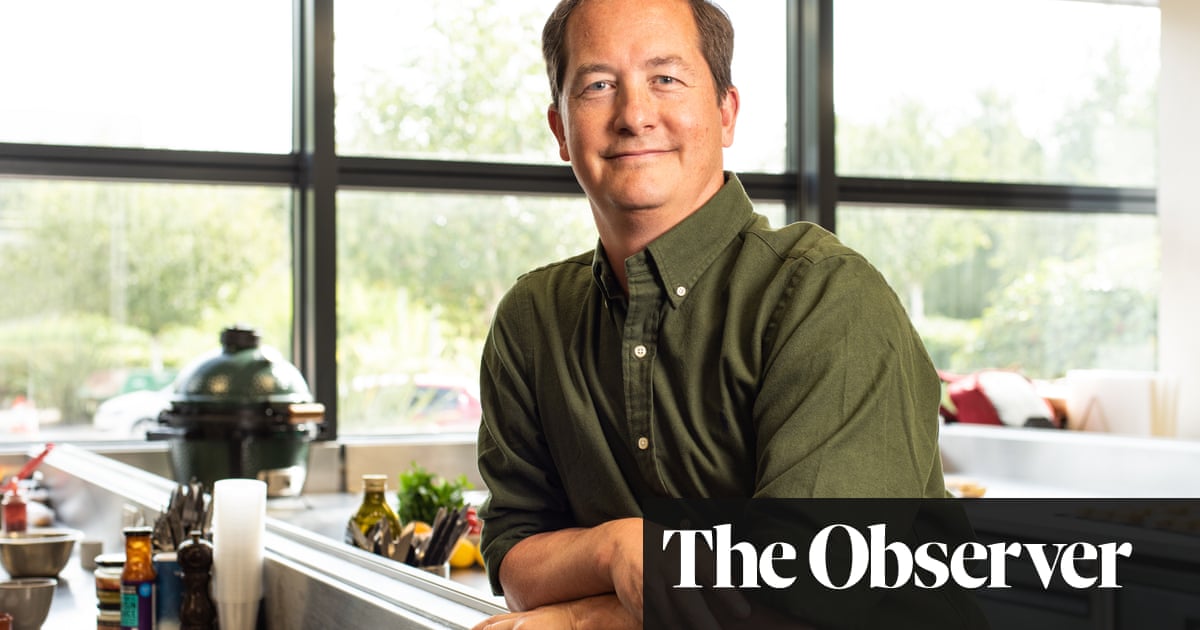 ‘It’s like being handed the crown jewels,” says James Bailey, who was given the task of running Waitrose, the upper-crust supermarket, just as the pandemic hit. “You don’t want to be the person that drops it.”

Bailey’s unenviable fate was to arrive just as a cascade of supply chain woes and inflationary pressures made it harder than ever to convince shoppers to dish out extra cash for high quality groceries.

The affable former Sainsbury’s executive took on the job in April 2020 despite having sworn never to work in food retail again. It was Sharon White, the newly installed chair of Waitrose’s parent, the John Lewis Partnership, who coaxed him back. His first challenge was to ramp up an online business to meet staggering demand from locked-down households, all while getting to know his team remotely via video conference.

Two and a half years in, the job is arguably only getting harder, as Bailey admits that this Christmas will inevitably be more expensive for shoppers than last year. Cost prices have continued to climb after a 6% rise in the first half of the year. Inflation is not expected to abate until next year despite drop-offs in some key items such as fuel and shipping.

“Every business in every sector is going to find this [winter] really difficult,” Bailey says.

While others are desperately trying to draw in the crowds by shouting about price-matching Aldi, to reassure shoppers faced with massive increases in their fuel bills, Waitrose is taking a different tack. Its latest advertising

Last holiday With family and friends in Croatia.

Best advice he’s been given Not to plan a career – just take the next interesting job and enjoy it.

Biggest career mistake “Vocally championing flexible working at Sainsbury’s before the business had come around to the idea. Nearly got fired …”

Phrase he overuses “What needs to be true for this to work?”

How he relaxes “Not much at the moment … but with my family and friends, and every now and then on a golf course.”

campaign highlights the store’s quality and ethical credentials, with the catchline “food to feel good about”.

Isn’t that out of tune with these cash-strapped times?

Bailey says the retailer has to “be in the moment with our customers”, helping them save money and waste less with tips and offers, and keeping a lid on inflation by looking at ways to be more efficient. Its cheapest Essentials range, for example, has won over 750,000 more shoppers and is now in seven out of 10 shoppers’ baskets.

But he adds: “It’s a balancing act. We have to stick to the brand DNA and always offer the highest quality, and we will not fall back on standards of welfare and sourcing. The brand is bust if we choose just on price and not on values and quality.”

Bailey says that such promises are “red lines” for the business and its shoppers and, far from meaning an inevitable decline for Waitrose as it struggles to compete on price, will set it in a good position to appeal to younger generations of shoppers who want businesses concerned about protecting their future.

“I wonder if the era of cheap food is over because of the hidden cost of sustainability – the cost of the world food supply system is huge,” he says. “The next generation of shoppers and the generation after are going to relate a lot more to the principles of ethical sustainable sourced food than maybe the last generation. That is a huge draw to the Waitrose brand in the future.”

Bailey says Waitrose will be like every other business – seeking to make efficiencies in order to offset higher costs and shelter its customers from price rises. But it is also supporting farmers: there is £12m of additional investment in own-label chicken, egg and milk payments, and £16.8m for pig farmers to reflect rising costs of production. It has also loosened shape and size guidelines on fruit and veg to help growers affected by the drought.

Having trained as an accountant, after taking a politics degree, and starting his career working on cost spreadsheets for the NHS before shifting to investment bank Barclays Capital and then the finance department of Sainsbury’s, Bailey says he loves the puzzle of solving business problems. He leaves the food tasting and selection to his expert team but does admit to a love of cheese, and enjoyed joining his wife to watch YouTube videos of celebrity chefs such as Jamie Oliver and Nigella Lawson cooking up delights during lockdown.

Bailey is “pretty confident about supply” for the Christmas trading period. However, no one is quite sure how the mix of high inflation, war in Ukraine and a new UK government will play out. And then there is the World Cup, starting on 20 November, just weeks before the Christmas holidays. “A World Cup is a major event for food retail and having it right next to Christmas is another unprecedented factor to throw in,” Bailey says.

A win for England could mean a surge of good feeling for retailers in large parts of the UK, but an early exit may only add to a sense of woe.

Some argue that Waitrose is creating its own woes already. While it held market share through the first two years of the pandemic, partly thanks to its ability to add online delivery capacity when rivals had maxed out, now its higher prices, combined with a number of store closures, have seen its sales go into reverse.

In past times of economic crisis, Waitrose has benefited from its more affluent shoppers switching away from dining out to buying its ready meals. This time around, those with the spare cash are still keen to spend it on nights out after the long period of social exclusion, while those on tighter budgets are shopping elsewhere.

Industry watchers also point to regular large gaps on shelves and an ill-timed move into more cafes and wine bars just before the pandemic, creating a swathe of space that went largely unused during lockdowns. Some of them are still closed.

Bailey admits: “We could do a better job for customers on [availability] and had a difficult summer.” He says the answer is better technology, effort and time.

The retailer is looking for new routes to growth via partnerships that open up access to new customers, and has already joined forces with food courier Deliveroo and Dobbies garden centres.

He wants to encourage his team to be less risk-averse. “People are careful and considered about everything we do, which is a good thing, but you have to work hard to make sure you are still innovating and taking risks on behalf of business and of customers.”