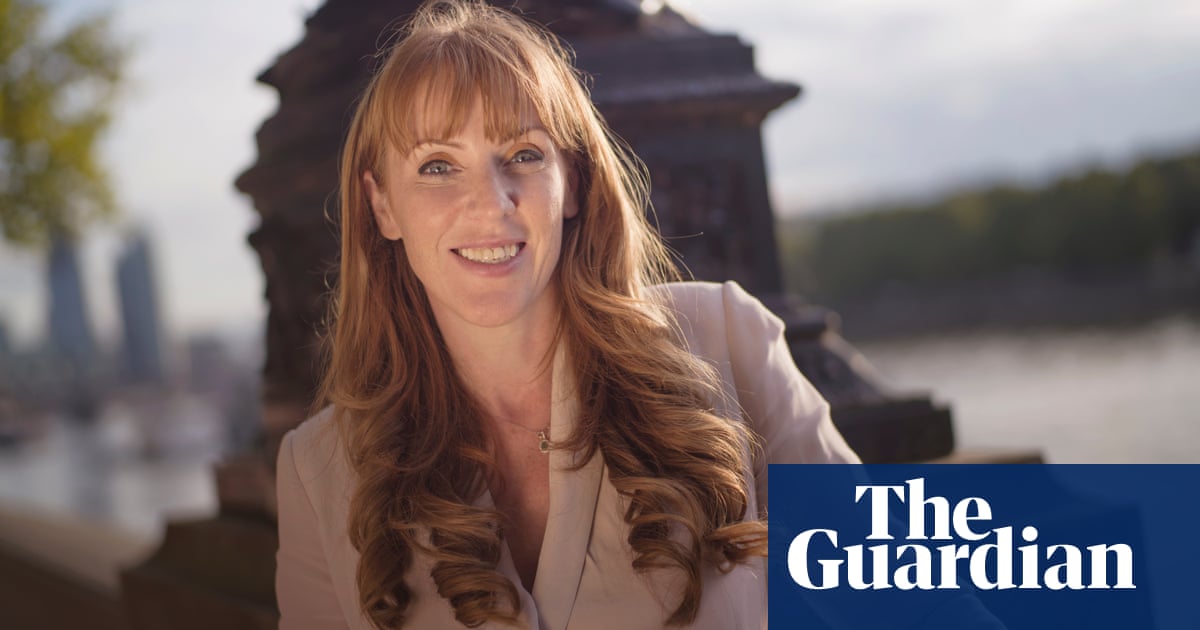 Labour’s deputy leader, Angela Rayner, is up for a fight with the Conservatives along the old rules of engagement as her party heads to its annual conference in Liverpool.

Accusing Liz Truss of launching a “failed experiment” on the country with “fanciful” economic plans, Rayner batted away suggestions that Labour could struggle to get a grip on the new prime minister as stark ideological differences deepen between the two parties.

Truss has made a huge bet on a low-tax, low-regulation economy to drive growth, and is unapologetic about making unpopular decisions that will benefit the rich during a cost of living crisis.

Meanwhile, many believe the Labour party is heading into a make-or-break conference for Keir Starmer’s leadership.

“It’s going to be about policies, and there’s clear dividing lines on that,” Rayner says. “Having that clear distinction between what we think is the answer and how we think we can grow the economy, which is about growth, but also about making it more equal.

“Actually, Keir will welcome the opportunity to talk about the things that matter and make a difference to people’s lives, and not just about Boris Johnson’s cheap shots and throwaway comments.”

Labour has leapt on the scale of the ideological gamble that Truss is taking with the economy, attacking her “casino” approach and a return to policies of the past. Rayner is unafraid to put the boot in.

“It’s a failed experiment. We’ve seen it before, it’s a recipe for levelling down,” she says. “She’s offering people crumbs off the table, it’s not about reshaping our economy to invest for the future … Those at the top get most and those at the bottom have to wait for the crumbs and very little comes from it.

“She’s fanciful in her economics. I mean, trickle-down economics doesn’t work, we’ve seen that. She’s not targeting support where it’s needed. She’s putting the burden of debt on future generations and increasing the national debt.”

Rayner believes Truss, an unashamed neo-Thatcherite, is the most rightwing opponent Labour has faced. “One of the concerns for me is that it looks like the ERG [European Research Group of MPs] are running the Conservative party now,” she says.

“It’s pretty clear from some of the joint books that they’ve published, the rhetoric that they’re come out with, some of the cabinet members and some of the mood music from the government is, yeah, they’ve decided to abandon any consensus and finding any sort of middle ground that looks after everyone. It’s a case of same old Tories, look after those at the top.”

Labour is slowly rebuilding a reputation for economic competence. But Rayner is clearly frustrated that it is not happening faster. “If it was the Labour party that was proposing what Liz Truss is proposing, I’m pretty certain they’d be screaming from the rooftops,” she says.

Starmer plans to fight the next election on economic growth, while the shadow chancellor, Rachel Reeves, is keeping an iron grip on spending proposals, sometimes to the annoyance of her colleagues. However, Rayner denies that Labour is less radical as a result.

In her role on the future of work, Rayner will kick off the party conference with a plan to tackle the “racket” in public procurement with a “value for money guarantee” that favours local businesses and social enterprises that pay their taxes and treat workers properly in bids for public projects. Failed providers will be struck off.

“We’re very radical in what we want to do. The green jobs we want to create. The investment that we’d put into the UK. My proposals today are actually very radical, and would benefit the whole of the country. But it’s radical and responsible and realistic. The three Rs.

“The Tories’ track record for the last 12 years speaks for itself … Look at where we are globally. Look at our competitors. Look at our growth, our productivity. The government wants to blame that on external forces. But these other nations have had external forces. There’s been a lack of investment and ambition for our country.”

There is a widespread feeling within the party that this conference is the moment that Starmer, whom some Tories have accused of carping from the sidelines, has to make clear his alternative vision of what the country should look like.

Rayner believes that the party’s policies – most recently its windfall tax and energy bills cap proposals, both adopted by the government – are starting to cut through. “I think people are starting to listen,” she says.

However, she adds: “Don’t forget that in 2019 people didn’t even think we had the right to be listened to, because we hadn’t listened to them. There was an emotional disconnect from Labour that we have to understand and not blame on everybody else. It takes a long time for people to turn round and give us the benefit of the doubt and say: OK, what are you saying, and how are you going to be different?”

Last year’s conference was dominated by internal rule changes designed to defenestrate the Corbynite left. Rayner does not answer directly when asked if she regrets their marginalisation, but she replies pointedly: “My view is that if we cannot broaden ourselves as a party then we won’t be able to win a general election.

“That’s my focus. Anybody who moves away from that focus, whether that’s through factionalism within the party, or whether that’s criticism of people who didn’t vote for us in the past, then we’re not going to get into government. It’s not about excluding people, it’s about bringing them with us.”

At last year’s conference, Rayner was accused of tribalism after her explosive remarks about “Tory scum”. She insists her comments were targeted at Johnson’s racist, misogynistic and homophobic comments, and not at Tory voters.

“If you had said as a bus driver what Boris Johnson had said, you’d never work in the industry again, yet Boris Johnson became prime minister. I have problems around that, but in terms of people who voted Conservative last time round, of course we’ve got to understand why they didn’t think we were the answer.”

Labour has faced criticism in some quarters over its unwillingness to embrace a traditional notion of patriotism. Rayner delivers a lengthy paean to the Queen, but denies that the decision to sing the national anthem at the start of conference is an attempt to win over swing voters of the type embarked on by Tony Blair when he led delegates in a rendition of Jerusalem in 2004.

“It’s a mark of respect, it’s not a PR stunt,” she insists. “It’s not a factional thing to upset somebody. You don’t have to be a royalist to understand that somebody who has been so dedicated all her life, to the country and people, counts for something.”

There is also a stern word of warning for Labour members who may regard it as a moment to protest about the existence of the monarchy, that there’s a “time and a place” for that sort of debate.

Starmer has taken a decision to stay out of strike disputes, saying they are a dispute between workers and management, which has opened Labour up to the charge that it is failing to be on the side of workers. It is a point, unsurprisingly, disputed by his deputy.

“Our approach is get round the table and make sure we avoid strike action. This government has stoked tensions up and given employers the green light to not negotiate and find consensus. It damages our economy and industrial relations,” she says.

Rayner treads a cautious path through the row over Labour MPs appearing on picket lines. Her partner, Sam Tarry, was sacked from the frontbench after freelancing on party policy during an interview on the picket lines, while her own background is in the unions.

“I don’t feel conflicted because I’ve been doing everything to work constructively,” she says. “I don’t want to be on a picket line, I want to be in the Cabinet Office making the decisions that stop us getting into this situation in the first place. Standing on a picket line is not going to solve the dispute and the problems workers are having today. What’s going to solve it is having a Labour government.”

Labour, which has been consistently ahead in the polls, still has “plenty of things to do” to win the next election, Rayner admits, and she won’t be taking anything for granted. “I don’t think you do this, this day, and then you’ve done it, thank you, let’s sit down. We’ve got to continue winning the hearts and minds of the British people. We don’t take anything for granted for one minute.”