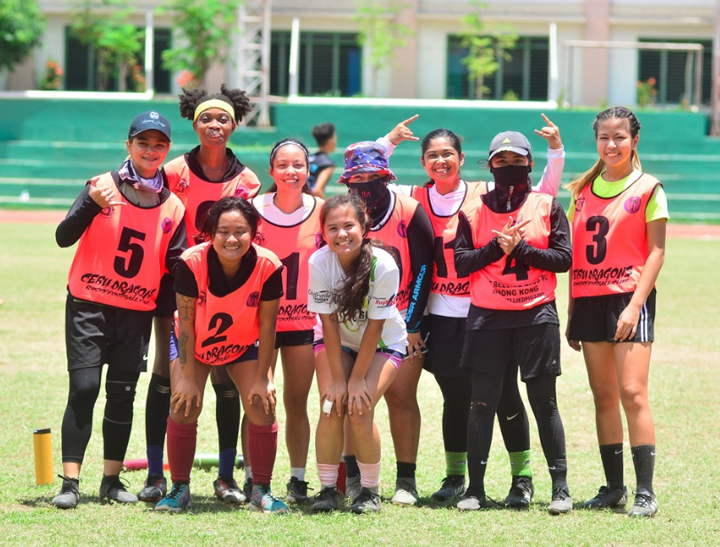 GRASSROOTS age-grade teams from Luzon and Visayas had a fun-filled weekend recently in the Globe 7s Series-Colts and Juniors Festival and the Grassroots to Global (G2G) Festival.

The Luzon event was held at at Philippine Rugby’s home at the Ayala Vermosa Sports Hub while the Visayas activities were conducted at the Cebu City Sports Complex.

The Luzon event featured Touch Rugby games for U11, U13, U17 and Grassroots to Global (G2G) girls, while Touch Rugby and Tackle Games were held in the Visayas.

The junior players were invited to participate in fun games in between matches where they displayed teamwork despite being grouped with kids they do not know.

Cebu-based South African referee Damon Freeman helped in officiating in the Visayas event, according to one of the festival organizers Madille Salinas.

MVP awards were according to Jacob Padila of SOS Kids U12, Richie Dandan of U15 SOS Talamban and Luije Amarado of SOS South Wing U19.

Josue Ocat of Cebu South and Virtue Nyeche of Cebu North bagged the MVP awards for the men’s and women’s divisions, respectively.

More youth games and G2G festivals are set on Negros Island and in Mindanao in Koronadal in the last quarter of the year, while the second leg of the Globe 7s Series is set Saturday at the Ayala Vermosa Sports Hub.