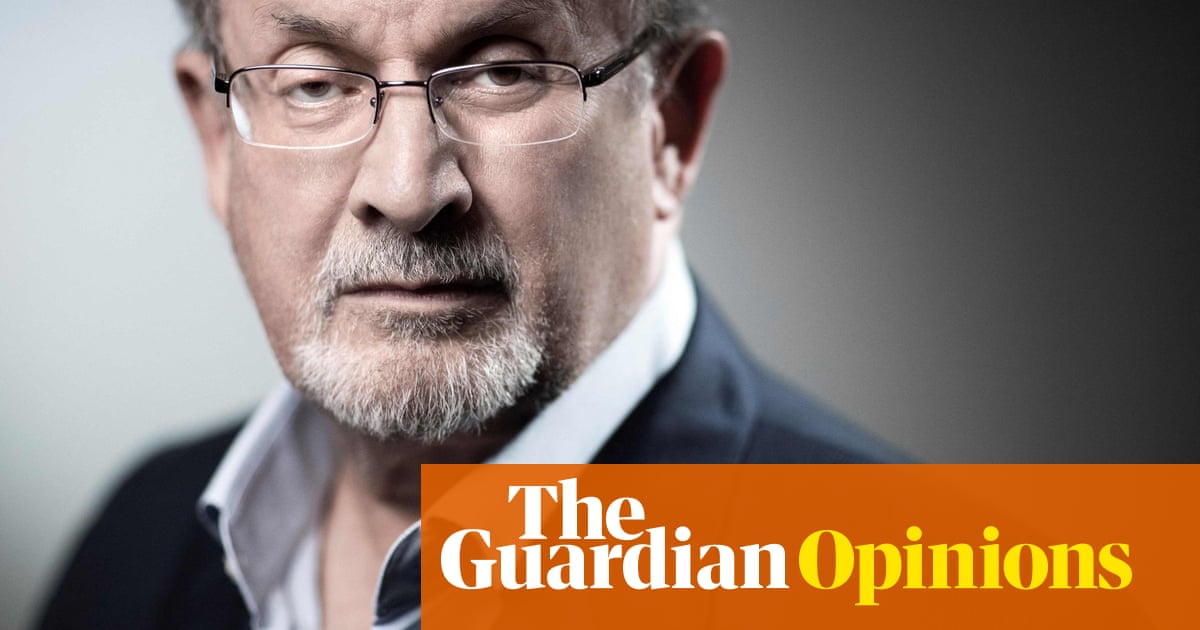 Just hours before he was brutally attacked on Friday morning in Chautauqua, New York, Salman had emailed me to help with securing safe refuge for Ukrainian writers who face grave perils that are silencing their voices at a time when they badly need to be heard. The email was nothing new; Salman and I have been in dialogue for nearly a decade about an endless array of efforts to aid persecuted writers and defend the freedom to write.

Salman has been targeted for his words for decades, but he has never flinched nor faltered. He has not lived life as a victim, nor given in to fear. He has been an unflagging, unflappable presence in the public arena, devoted to defending the written word, telling his stories and standing with others who are vulnerable and menaced. The attack on Salman Rushdie is not just the fulfilment of a fanatical Ayatollah’s sick fantasy. It is a reminder that writing and speaking are acts of bravery and courage that deserve and demand to be defended.

As a young writer, inspired by the literary greats of the 1970s and 80s who commandeered public conversations, took risks, and argued vociferously with one another, he was unafraid to take on taboo topics and challenge orthodoxies. He was captivated by the opportunity to bridge across enforced geographic, ideological and cultural divides, celebrating the presence of international writers at a PEN America Congress held in New York City in 1986. When Ayatollah Khomeini of Iran issued a fatwa calling for Rushdie’s murder in 1989, he was forced to live underground under police protection for nearly 10 years. But as soon as it felt safe, Rushdie refused to continue cowering. He returned to the public eye audaciously, and for decades he has used his own platform and influence to protect fellow writers. In 2004 he became president of PEN America, helming an organization that had championed his cause during the darkest times.

The attack on Rushdie is an attack on all who treasure the right to think, write and speak freely

The attack on Rushdie is a wake-up call for all of us who have a stake in free expression, which is all of us, period. While we do not yet know the motives of his attackers, it is hard to envisage a scenario in which this brazen, premeditated attack, the first in memory targeting a writer at a literary event in the United States, had nothing to do with Rushdie’s words and ideas.

The shocking attack on Rushdie comes at a time of intensifying and protean attacks on free expression worldwide. PEN America’s annual Freedom to Write Index tracks the cases of individual writers in prison worldwide. Our research has documented a significant jump in the number of writers, academics, and public intellectuals detained globally over the last few years. Authoritarian governments throwing writers in jail is one potent form of repression of free expression, silencing those targeted and casting a chill over all others who might dare broach controversial topics or buck orthodoxies.

But the threats to free expression we face as writers and citizens are much broader. They include online harassment that shuts people out from public discourse; ossified ideological orthodoxies that impair academic freedom and deter the expression of dissenting views in public discourse; ferocious waves of book and educational gag orders that banish specific ideas and identities from American classrooms; a flood of disinformation that has left a large segment of the population flummoxed over who and what to believe; campaigns of denigration targeting journalists and the media with the aim of dislodging faith in facts and truth; and the long arm of authoritarian repression whereby foreign governments reach into free societies to menace exiles and critics.

It was against this backdrop of surging repression that PEN America took the unprecedented step of convening an Emergency World Voices Congress of Writers this year – the first such gathering since 1939, when our leading intellectuals convened to grapple with the danger of rising fascism.

Free speech is in peril. Not even the steely resolve of a Salman Rushdie can turn the tide alone. But our words are not without power. If words did not matter, an assailant in upstate New York would not have plunged a knife into a writers’ neck. In Rushdie’s remarks at the PEN America Congress in May he decried white supremacy, religious extremism and political lies: “We must understand that stories are at the heart of what is happening, and dishonest narratives of oppressors have proved attractive to many. So we must work to overturn the false narratives of tyrants, populists, and fools by telling better stories than they do.”

As we tell the story of the attack on Salman Rushdie, we must elucidate its larger lessons. Writing freely is an act of supreme bravery. Writers, thinkers and dissenters are not luxury goods of concern only to elites. Writers are the coalminers of new perspectives, the safecrackers who can unlock an elusive empathy for those unlike us, and the town criers who force us to see what we would rather deny. Free expression is not something we can take for granted, and must be at the heart of our battle to defend democracy against its enemies.

Salman Rushdie has devoted his life to the freedom to write, exercising it, fighting for it, and using his fame and influence as a bulwark for all those who do the same. The attack on Rushdie is an attack on all who treasure the right to think, write and speak freely. We owe it to him to recognize it as such.