Skip to content
HomeNewsTim Dowling: We’ve been married 30 years – and I’m getting romantic in my old age 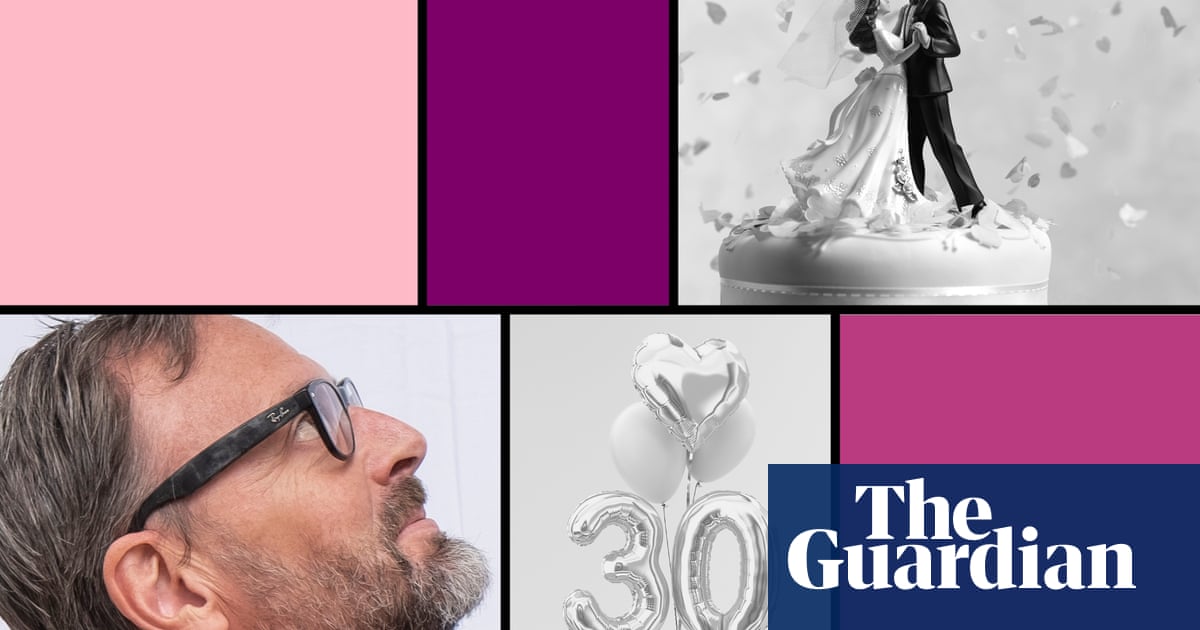 For our 20th wedding anniversary (the china one, I think) I got my wife a candle and a Breaking Bad box set – series one and two. Luckily, she was already in a bad mood because she’d spent all day at Thorpe Park with the kids and had her bag stolen. She cancelled her cards and we went for a curry.

On our 23rd wedding anniversary we went out for a curry again, this time to a restaurant so popular that when my wife called to make a reservation they said we could only have the table for two hours.

Days before our 28th anniversary my wife got into a panic because she thought it was our 25th, and it would require some kind of formal commemoration. When I reminded her that we’d passed that milestone without fanfare three years previously, she was very relieved, and we had a takeaway.

On the morning of our 30th wedding anniversary, my wife is looking at me when I wake up, eyes aflame.

“Happy anniversary!” she shouts, as if answering a quiz question. “I said it first! I win!”

“I’m going to let you have this moment,” I say.

I am bad at anniversaries, but my wife is worse: most years she doesn’t even remember. She also finds the idea of celebrating them publicly embarrassing and unnecessary. We had to do all that when we got married. Why relive a traumatic day from 30 years ago?

As far back as January I gently suggested we make some kind of plan, knowing I would be rebuffed.

“It’s 30 years,” I said. “It just feels like the sort of thing where we should invite everyone we know to a remote island.”

That’s where we left things. No plans were made. No save-the-date cards went out.

In the circumstances, I’m happy for my wife to claim a victory for being the first to say”Happy anniversary”, as I know that victory will be short-lived – because I actually got her a present. It’s been in my sock drawer for a month.

I hand it to her at her desk an hour later: a little box in a little bag.

“I didn’t get you anything,” she says, opening the box.

She opens the box. Inside is a silver chain on which three silver rings of slightly different sizes are strung.

“Do the three rings symbolise each of my children?” she says.

“How did you know I wanted this?” she says.

“A husband just knows,” I say. This means: I overheard you talking about it on holiday, while you and a friend were staring at a picture of it on the jeweller’s website on my laptop. All I needed was sufficient foresight to bookmark the page, and to remember to order it when we got home. Then I just had to spend a month not doing anything so stupid that I would have had to give it to you by way of apology ahead of time. There were a few close calls.

“Help” my wife says, bending her head and holding up the two ends of the chain. I put it round her neck and spend a few awkward moments trying work out the clasp, thinking: I should have practised this bit.

‘Happy anniversary!’ she shouts as I wake up, as if answering a quiz question. ‘I said it first! I win!’

“There,” I say, finally. She admires her reflection in her computer’s screen.

I suppose one’s approach to big wedding anniversaries depends on the reasons for getting wed in the first place. We got married 30 years ago, partly so that I could remain in the country legally. At the time, I felt as if I was trying to trick the government into letting me stay with the woman I loved for the rest of my life.

If 10 years together felt like sufficient justification for the stratagem, 25 made us seem like marital enthusiasts. I think my wife is worried that 30 years risks making us look like flag-waving fanatics. But really, a marriage starts again every morning, with you both waking up still thinking it’s a good idea. In that context the passage of time seems hardly worth noting. Honestly, it’s flown by.