Skip to content
HomeBusinessUK inflation rises to 10.1% on back of soaring food prices 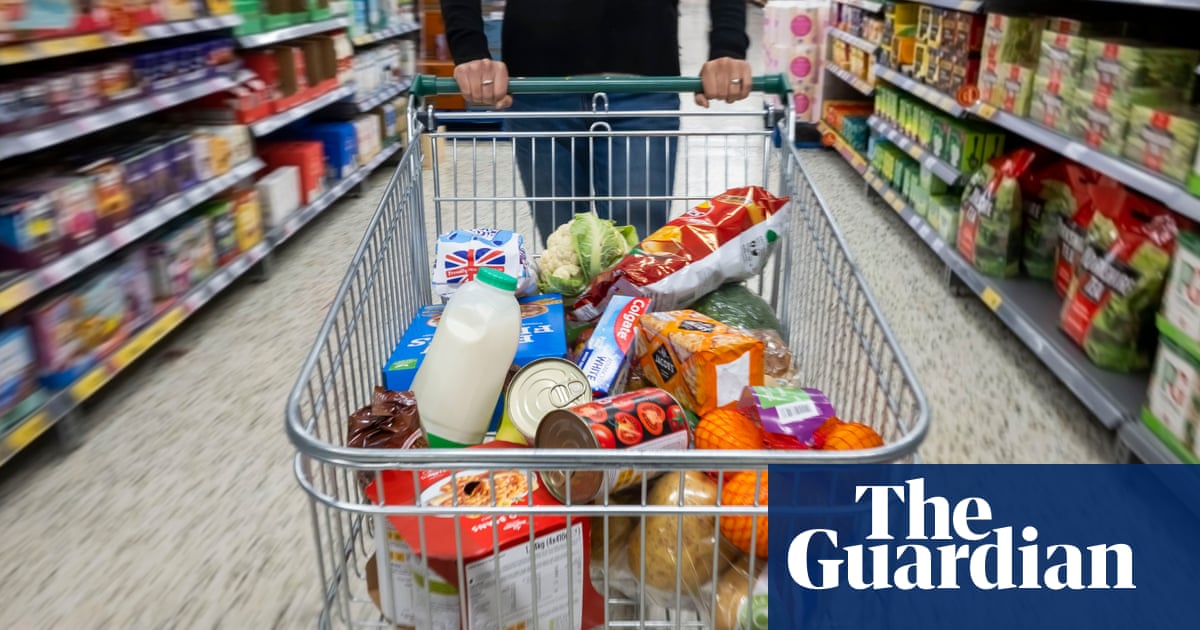 Inflation in the UK has risen above 10% for the second time this year as households come under pressure from the sharpest annual rise in food prices for more than 40 years amid the cost of living crisis.

The Office for National Statistics (ONS) said the consumer prices index rose to 10.1% in September, returning to double digits after a slight dip to 9.9% in August. The figure was last higher in 1982. City economists had forecast a slightly smaller rise to 10%.

Soaring prices for food and drink were the biggest driver behind the latest cost of living increase, with an annual rise of almost 15%, the fastest annual jump since April 1980, as the price of bread and cereals, meat, milk, cheese and eggs shot up.

The September inflation figure is crucial as it is the one used to uprate pensions and benefits for the following April.

Liz Truss promised on Wednesday to maintain the triple lock guarantee on pension increases, despite speculation that her chancellor, Jeremy Hunt, could break it in a push for budget savings.

However, benefits remain vulnerable. Charities warned that failure to provide an inflation-matching increase, after the biggest real-terms cut for 50 years earlier this year, would drive up poverty.

“It is morally indefensible that the government should still be considering leaving people with even less ability to pay for what they need,” said Rebecca McDonald, the chief economist at the poverty charity the Joseph Rowntree Foundation.

The government is thought to be considering raising benefits in line with wage growth of 5.5%, saving more than £2bn next year for the exchequer, after Hunt said decisions of “eye-watering difficulty” were needed to balance the books after the failed mini-budget.

The Resolution Foundation said such a switch would have stark consequences for families struggling with soaring living costs. A single disabled adult on universal credit would lose £380, while a working single parent with one child would lose £478, and a working couple with three children would lose £978.

Jack Leslie, a senior economist at the thinktank, said: “While the significant Treasury savings may look tempting in the context of its attempts to fill its fiscal hole, the cost to 10 million working-age families and almost every pensioner would be huge.”

According to the latest snapshot from the ONS, consumers faced price increases across a wide-ranging basket of goods and services, including from hotel overnight stays, furniture and household goods such as washing machines, electric fans and vacuum cleaners.

The large price increases were partly offset by a continuing fall in the price of petrol, as well as a sharper fall than usual for airline tickets for the time of year.

The figures come as households come under pressure from ballooning mortgage costs amid rising interest rates from the Bank of England and a sharp rise in UK government bond prices triggered by last month’s mini-budget.

The central bank is expected to further raise interest rates from the current level of 2.25% as it attempts to bring down inflation, despite the growing risks of recession as soaring living costs force households to rein in their spending.

The ONS said electricity prices rose by 54% and gas prices by 95.7% in the year to September. Statisticians will consider whether the cut in the length of the government’s energy price guarantee would affect the headline rate of inflation and will make an announcement on 31 October – the same day as Hunt’s debt-cutting plan.

Rachel Reeves, the Labour shadow chancellor, said the latest figures showed the government had lost control of the economy amid a crisis of its own making. “It’s clear that the damage has been done. This is a Tory crisis, made in Downing Street and paid for by working people,” said Reeves.

“The facts speak for themselves. Mortgage costs are soaring. Borrowing costs are up. Living standards down. And we are forecast to have the lowest growth in the G7 over the next two years.”