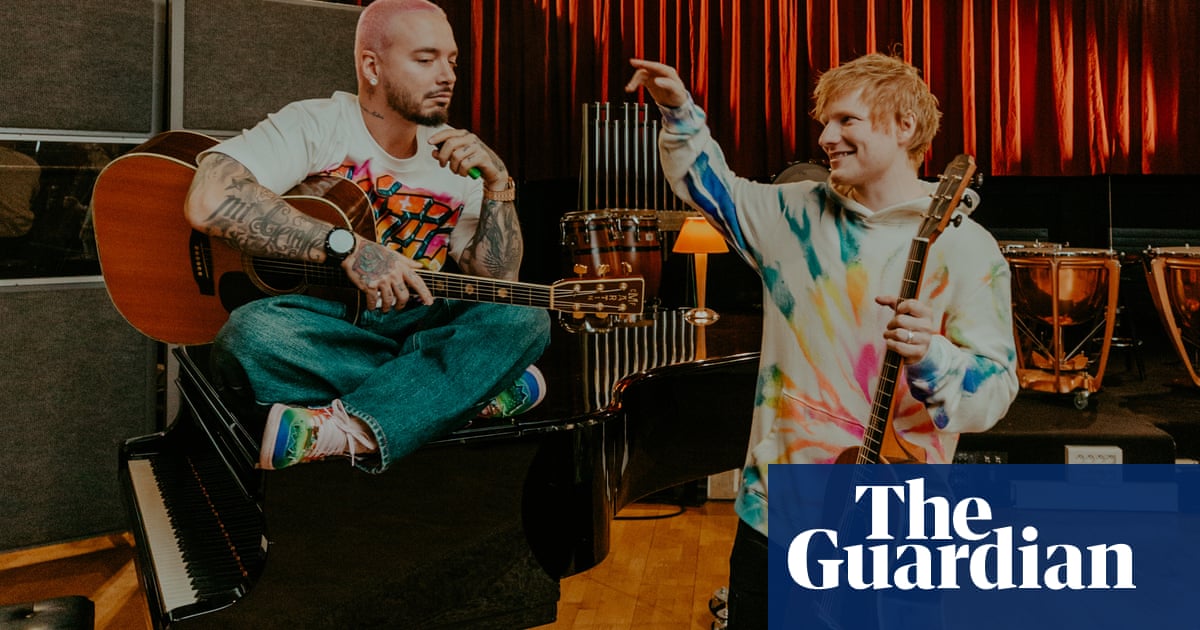 The hit Colombian singer J Balvin had to abandon recording sessions and filming in London with Ed Sheeran last month because his visa never arrived.

The reggaeton star, who has sold 35m records worldwide, is the latest musician to be caught out by long delays at UK visas and immigration.

Agents and tour managers are having to cancel British performances because visas for performers that used to be turned around within a fortnight are now taking up to two months.

Balvin applied in March for a visa as he was meant to be in Britain from 3 to 8 April, for recording sessions with Sheeran at Abbey Road and a video shoot. When the visa had still not arrived by 12 April, he withdrew the application.

Balvin has been waiting a fortnight for a new visa to try again to shoot a video with Sheeran. He is also hoping to perform in the UK.

It has not been possible to pay for priority fast-tracking of visas since March, according to those working in the industry. It is understood to be because of a chronic backlog made worse by an influx of Ukrainian applications.

Balvin, whose full name is José Álvaro Osorio Balvín, has already collaborated with Sheeran. Their joint EP with songs Forever My Love and Sigue was released in March.

Steve Richard, director of T&S Immigration Services, who has been working on Balvin’s application, said: “We’ve explained to the management company that the visa system is essentially in crisis and it’s mainly because of the Ukraine situation.

“It’s been going on for a while now and you would have hoped that it would have been getting there, but it’s just slipping and slipping. We haven’t heard of anybody getting a visa in less than six weeks in quite a while now.”

Richard added: “It’s taking artists by surprise – they’re not used to waiting over six weeks for visas and they are being caught out. I can see visa-heavy festivals – those which feature many acts from Africa and Asia, for instance – being impacted worst by this, unless the UKVI [UK Visas and Immigration] is able to throw more staff at the visa section.”

While international musicians from places such as the US or the EU only require work permits, performers from many Asian, South American and African countries need visas.

The Congolese band Fulu Miziki Kollektiv, who perform using instruments made from rubbish, are meant to be starting a UK tour next week. They applied for visas on 7 April and with no news they are wondering if they will have to cancel performances.

Deboul, a singer in the band, said: “This is all our dreams being taken away, everything we’ve worked for. We always dream of being able to have a stage, to share our message, but for some reason, we still can’t get that, just because there are these visa issues.

“It somehow feels like there’s a world they don’t want us to be part of, even if we have what it takes, we are invited to play, we have everything they ask for, and we still don’t have any answer.”

Circus Raj, a group of five circus performers, and the Rajasthan Heritage Brass Band were supposed to arrive from Jaipur last Thursday to begin a tour of British festivals.

Music agent Graham Breakwell applied for their visas at the start of March but only one dancer and a fakir from the circus was given a visa and only two of the six brass band members.

Their first performance is due on Saturday in the Coventry city of culture finale celebrations.

“We’ve got one tuba player and one clarinettist,” Breakwell said. “It’s crazy, you can’t work with that.”

For the Coventry performances, he has made up the brass band with performers from Bradford and the circus act will be missing slack rope walking, acrobats and contortionists.

Both acts are due to perform at Glastonbury next month and Breakwell is concerned. “We will have to cancel shows if we still haven’t received their visas. The knock-on effects are clearly very serious for everyone in the industry.”