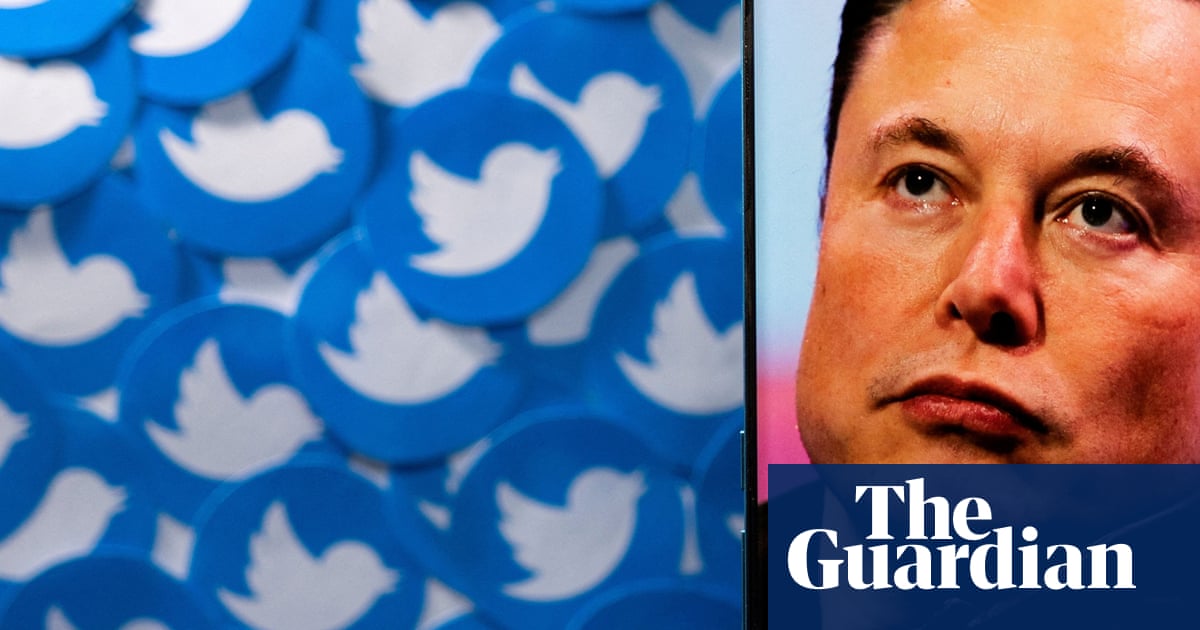 As the Twitter whistleblower Peiter Zatko was telling US lawmakers of “egregious” security failings at the company last Tuesday, shareholders in the social media platform overwhelmingly voted to hand those problems over to someone else: Elon Musk.

It is unlikely that the Tesla CEO, who owns more than 9% of Twitter and agreed to buy the company in April, was among the 99% of voting shareholders who backed that $44bn (£38.5bn) deal, given he is now determined to abandon it. A Delaware judge will decide at a trial beginning on 17 October whether Musk gets to walk away, or be forced to acquire the business on the terms that he had agreed upon.

Hedge funds, financial firms that like to take big bets on certain market outcomes, also appear to be on the side of (the majority of) Twitter shareholders.

David Einhorn, founder of the Greenlight Capital fund, bought a new stake in Twitter last month reflecting his view that the Delaware chancery court will “follow the law” and “apply it here” by forcing Musk to complete the deal at $54.20 (£47.46) a share. Pentwater Capital Management, a hedge fund that became a significant shareholder in Twitter this year, has also said it expects Twitter to prevail.

Zatko, nonetheless, has given Musk a chance in Delaware with a whistleblower complaint that alleges a wide range of security failings at the company. In his testimony, the former head of security at Twitter, who joined in November 2020 and was fired in January this year, said he had uncovered “extreme, egregious deficiencies by Twitter in every area of his mandate” including interference by foreign governments and poor control of employee access to user data.

Previously, Musk’s case had largely been relying on a claim that Twitter was deliberately underplaying the number of spam accounts – which are not operated by humans and disrupt the platform – among its monetisable daily active users (mDAU), a key commercial metric for the company.

Zatko’s appearance last week could be viewed as a proxy for the testimony that really matters to Musk: a deposition to his lawyers on 9 September that will be used in the court case. The broad lines of what Musk is expected to argue were reflected in Zatko’s opening statement.

“I am here today because Twitter leadership is misleading the public, lawmakers, regulators and even its own board of directors. What I discovered when I joined Twitter was that this enormously influential company was over a decade behind industry security standards,” he said.

Musk has been granted permission to expand his lawsuit to include Zatko’s revelations, which he argues constitute a “company material adverse effect” that substantially alters the business’s value and therefore renders the deal invalid. Zatko also argues in his complaint that Twitter has broken the merger agreement between the company and Musk by making false representations – a statement of fact designed to reassure the counterparty in a deal – about its security arrangements and other matters.

Nonetheless, experts say that Musk will still struggle to scrap the deal even with Zatko’s support. Brian Quinn, a professor at Boston College law school, says that prior to the deal being struck the company had made broad disclosures in its results about a risk of “actual or perceived” security breaches and errors or vulnerabilities in its software.

“To the extent there are already broad disclosures that there are risks to the company surrounding cybersecurity and data privacy issues, the recent testimony doesn’t really add to the overall mix and certainly doesn’t cause the representation to fail,” says Quinn.

Howard Fischer, a partner at US law firm Moses Singer, says Delaware courts are very wary of endorsing claims of a material adverse effect. Zatko’s complaint claims that Twitter executives are not incentivised to hunt down bot accounts and that it does not do a good enough job tackling bot accounts that lurk on the platform, although it doesn’t count them in its mDAU total.

This is slightly different to Musk’s argument, a key reason for quitting the deal, which is that Twitter deliberately undercounts the number of bots in its mDAU numbers.

“Twitter might be an ill-governed and poorly managed mess, but the desire to give Twitter better management was one of the reasons Musk claimed he wanted to buy the platform,” says Fischer. “And the statements about bots do not really bolster Musk’s claims. Given the extremely sceptical eye Delaware courts cast upon those claiming a material adverse effect, I doubt these will qualify.”

Anat Beck, a law professor at Case Western Reserve University in Ohio, adds: “The bar is very high to meet a fraud or material adverse effect standard, and I do not think that we are quite there unless we find anything else.”

John Coffee, a professor of law at Columbia University in New York, says any errors pointed out by Zatko can be corrected by the new owner, adding that Delaware – the state where Twitter is incorporated – is inclined to supporting agreed deals such as Musk’s.

“Even if Twitter erred, Musk could correct those alleged errors without their adversely affecting the value of Twitter,” he says. “Thus, he has not been irrevocably damaged. Zatko has raised an issue that Musk does not previously seem to have cared about and whose financial impact may be minimal. Given Delaware’s strong commitment to ‘deal certainty’, I do not see this as likely to give Musk a victory. It will, however, add confusion to an already complicated case.”

A settlement between both parties has always lurked in the background and Zatko’s testimony gives a slight increase in the chances of that happening, says Carl Tobias, Williams chair in law at the University of Richmond.

“I think that the Zatko whistleblower complaint and judiciary committee testimony marginally strengthen certain Musk criticisms of Twitter. However, the complaint and the hearing do not show the type of material adverse effect that Musk needs to win the case. Thus, there remains a possibility that the case will settle, although Musk has a lengthy record of not settling legal disputes.”