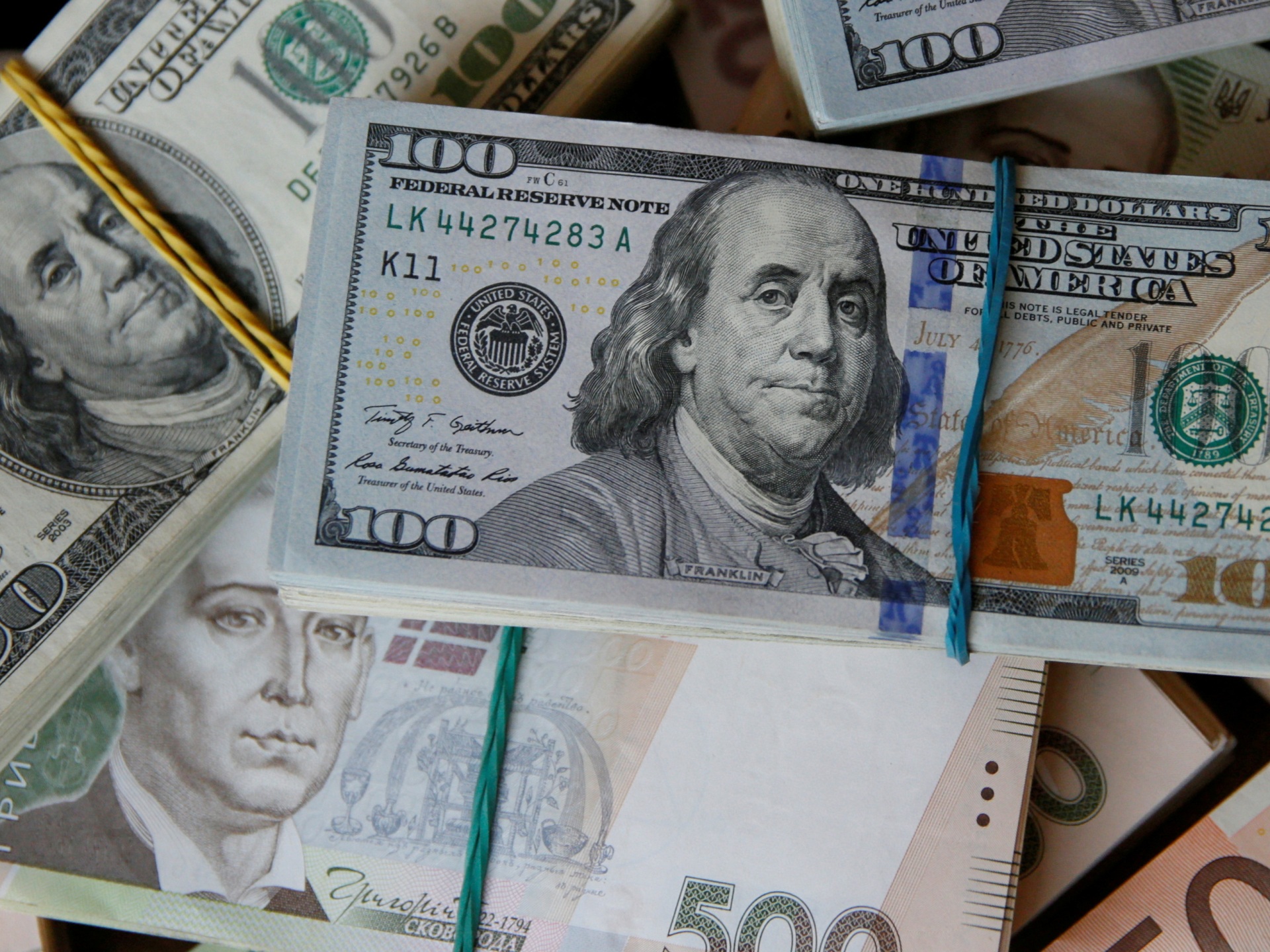 Russia’s invasion of Ukraine has brought death, destruction, and countless other unspeakable horrors upon the people of Ukraine. Even those Ukrainians far from the battlefield are affected, with loved ones in the fight and their cities under threat of Russian rocket attacks. The war also has an economic component, with the Kremlin seeking to impoverish Ukrainians by stealing their ports and rich farmland, and imposing an ever-growing reconstruction bill upon Kyiv and its allies.

Ukraine’s government – and its people – now stand on the verge of bankruptcy. The national currency, the hryvnia, was devalued by the central bank in July. Now $1 buys 37 hryvnia, up from 26.50 a year ago. The state’s key energy company, Naftgaz, has already fallen into default. The country’s sovereign debts are trading at a fraction of their face value, as low as 17 cents on the dollar.

That is welcome but nowhere near enough.

Even if Kyiv is able to push its debt burden further down the road, the government’s budget will not balance. Kyiv cannot bear on its own the cost of defending itself from Russia’s brutal invasion, never mind the long-term rebuilding cost. It is currently running deficits of somewhere between $4 to $5bn each month. Its international reserves stand at just $22.3bn, down some 25 percent since the invasion began.

Meanwhile, the West has not been as committed to offering financial support as it has been to delivering defence aid. Over the last few months, small amounts of military hardware have begun to trickle in even from reticent Berlin. But the government of Chancellor Olaf Scholz – which is never going to be able to supply sufficient defensive aid to turn the tide of the war, even if it could find the political will, given the derelict state of Germany’s own armed forces – has been not only unhelpful but also obstructive when it comes to addressing Kyiv’s financial woes. In May, the European Union agreed to provide Kyiv with up to nine billion euros ($9.3bn) in financial assistance but has so far dispersed just a one billion euro ($1.03bn) conditional loan, with Berlin reportedly blocking further support.

Anger over the delays – including direct criticism from Ukrainian President Volodymyr Zelenskyy – has raised the pressure on Brussels and Berlin to act. The former has highlighted its own one billion euro grant ($1.03bn), approved last month and called for three of the remaining eight  billion euros to be distributed similarly, with the other five billion euros ($5.2bn) in the form of EU-guaranteed bonds. Such loan guarantees would keep future interest payments for Kyiv down, but the reality is that Ukraine does not have any money available to service more debt, and is unlikely to for the foreseeable future – certainly not as long as the Russian military’s deadly footslog across the former industrial heartlands of the Donbas continues.

At the beginning of the war, Ukraine’s external debts stood at some $129bn. Since the beginning of the war, the United States has sent Ukraine significant amounts of financial aid and it is due to send a further $4.5bn later this month. But even that will only be enough to tide Kyiv over for a month. More loans and a debt standstill are, put bluntly, woefully insufficient to address the fundamental problem. Direct budgetary support is helping, but more in the sense of a band-aid than actually cauterising Ukraine’s finances.

This is why Ukraine urgently needs debt cancellation.

There is ample precedent for such a move in the face of a national crisis, and even to overcome the challenges of an invasion. So-called “jubilees” in which debts are forgiven date back to ancient Mesopotamia and advocating for their renewal has recently gained favour in certain policy circles, particularly amongst those concerned with trying to narrow the gap between the developing world and the developed. While these arguments have failed to shift international macro-economic orthodoxy or policy-makers thus far, Ukraine can look to the experience of another war-torn country for recent precedent.

A 2020 landmark paper by sovereign debt researcher Simon Hinrichsen provided a comprehensive telling of how the US-led invasion of Iraq played out regarding Iraq’s government debts.

When the Bush Administration launched its invasion, Baghdad was the most indebted government in the world. Although the justification for the invasion was, like Vladimir Putin’s invasion of Ukraine, built on a pile of lies – as ex-president George W Bush recently appeared to admit in a Freudian slip for the ages – the fact that his administration saw  Saddam Hussein as illegitimate led it to corral international creditors to accept significant haircuts. There may be no argument to treat the majority of Ukraine’s debt as “odious” – referring to a long-standing, but thus far unsuccessful, series of legal arguments aimed at absolving nations’ of loans taken out for the benefit of autocrats rather than the population – but Hinrichsen’s history shows how pressure can be brought to bear on governmental and private creditors to forgive their loans to fragile countries.

Iraq’s debt write-offs and haircuts of course did not guarantee stability for the country in the aftermath of the US invasion. But they did help facilitate the return of international investment, long frozen out by the Saddam regime and US sanctions. Nor should one hope that cancelling much or all of Ukraine’s debt stock will provide a “magic bullet” to free up funding for the fight against the Kremlin or for restructuring the Ukrainian economy.

But if there is to be any hope that Ukraine can be rebuilt, let alone that it can “build back better” as a range of Western voices has advocated of late, debt cancellation should move to the top of the agenda. There is no better way to celebrate and honour Kyiv’s valiant resistance to Putin’s neo-fascist imperialism than with a jubilee.

The views expressed in this article are the author’s own and do not necessarily reflect Al Jazeera’s editorial stance.