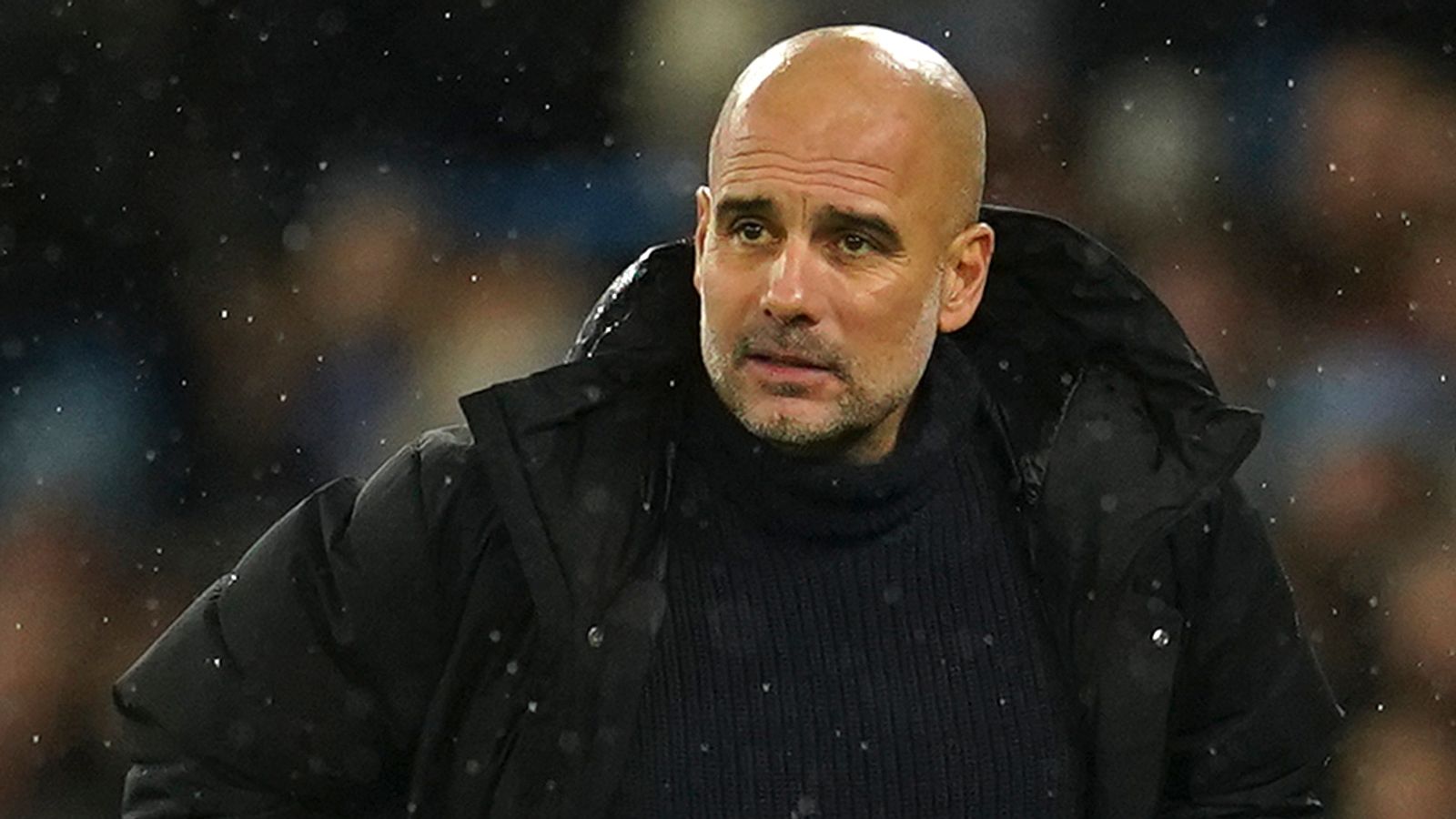 Pep Guardiola bemoaned the loss of two points but had no complaints about Everton’s approach after the Merseysiders snatched an unexpected 1-1 draw at the Etihad Stadium.

Demarai Gray cancelled out an Erling Haaland strike with a stunning equaliser in a feisty Premier League clash on Saturday, with Arsenal beating Brighton 4-2 later to establish a seven-point cushion at the summit.

Mikel Arteta’s side face Newcastle on Tuesday at the Emirates Stadium – live on Sky Sports – which means they could be 10 points clear by the time City visit Chelsea next Thursday at Stamford Bridge, also on Sky Sports.

The only side with at least a seven-point lead at the end of New Year’s Eve not to win the title are Liverpool in 2018/19, who boasted the same advantage.

Everton’s game-plan frustrated City in a stop-start, foul-ridden and ill-tempered contest – although the largest contributor to the 11 minutes’ stoppage time played in the second half was the need for one of the assistant referees to have his headset repaired.

City manager Guardiola said: “They made a fantastic goal with the first shot on target they had, so we played a real real good game.

“Of course the result was not expected but that is football, it is not the first time it happened. We did everything to win. They played really well.

“Afterwards they broke a bit the rhythm because the referees were not ready but, in general, we did everything and unfortunately could not win.” 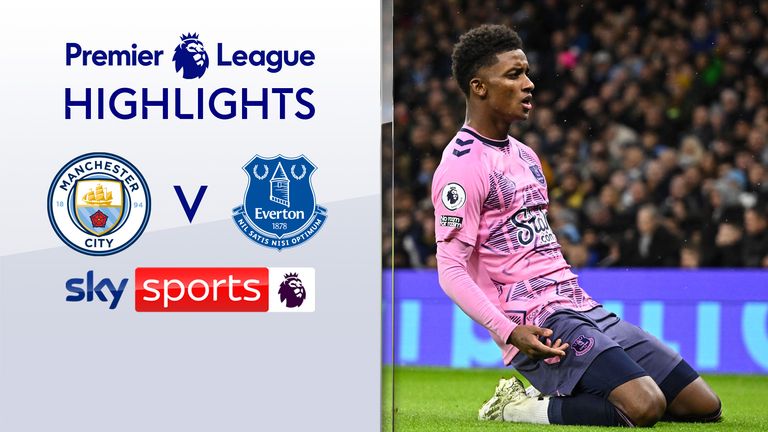 FREE TO WATCH: Highlights from Manchester City’s draw against Everton in the Premier League

Guardiola’s only real gripe was over a perceived lack of consistency from referee Andrew Madley.

He claimed he had no issue with Haaland’s booking for a rash tackle on Vitaliy Mykolenko and revealed he needed to tell the Norwegian, who was fired up after an early clash with Ben Godfrey, to calm down.

However, the Spaniard was irked that rough challenges on his players were not similarly punished.

Guardiola said: “It’s a yellow card for Erling, definitely. I said, ‘Be careful, it is an action, it can be dangerous – we cannot play 10 against 11’. I know what had happened – he was a bit angry from the first action on his ankle.

“But Jack Grealish was three or four times down, nothing happened, and the first action (from Haaland) was yellow card.”

Asked if he was complaining his players were not getting enough protection, Guardiola said: “No, no, no.” 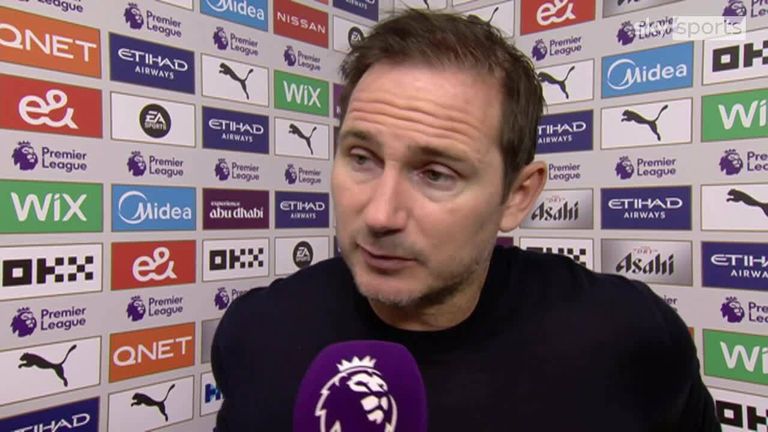 It was a first point in four matches for 16th-placed Everton. The Toffees, who had lost 2-1 at home to Wolves in their first post-World Cup game, are now two points above the relegation zone.

Boss Frank Lampard said: “I think we did limit their (City’s) good chances, and in terms of our character and discipline and following through with the plan, working consistently for 100-odd minutes, understanding that’s sometimes tough and you have to stick with it, I thought we did that brilliantly and we deserved a point.

“It’s a big one for us because it comes off a sucker punch against Wolves. To come to the champions and get something back in a tough game is a big deal for us, albeit a point, but it’s a big deal for the dressing room. 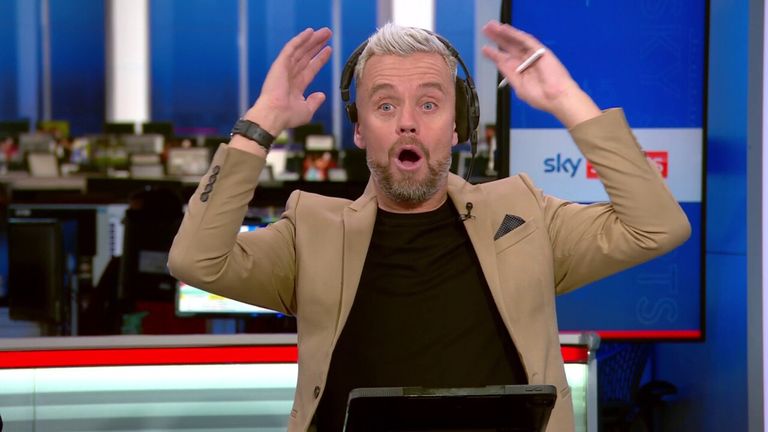 “It’d be great to come here and open up against City and try to go toe to toe but they are at such a level and the position we’re in at the moment that’s not for us. I think we can be really proud of the way we approached the game.”

Lampard described Gray’s strike as “unstoppable”, adding: “When he hits a goal like that it just shows you the talent he’s got, and it got us a point.”

Lampard also spoke about Michael Keane withdrawing from the matchday squad, saying: “We’re hoping it’s a small injury to the back of the knee which he felt in training yesterday and felt again in the warm-up today, so we will get that scanned.”