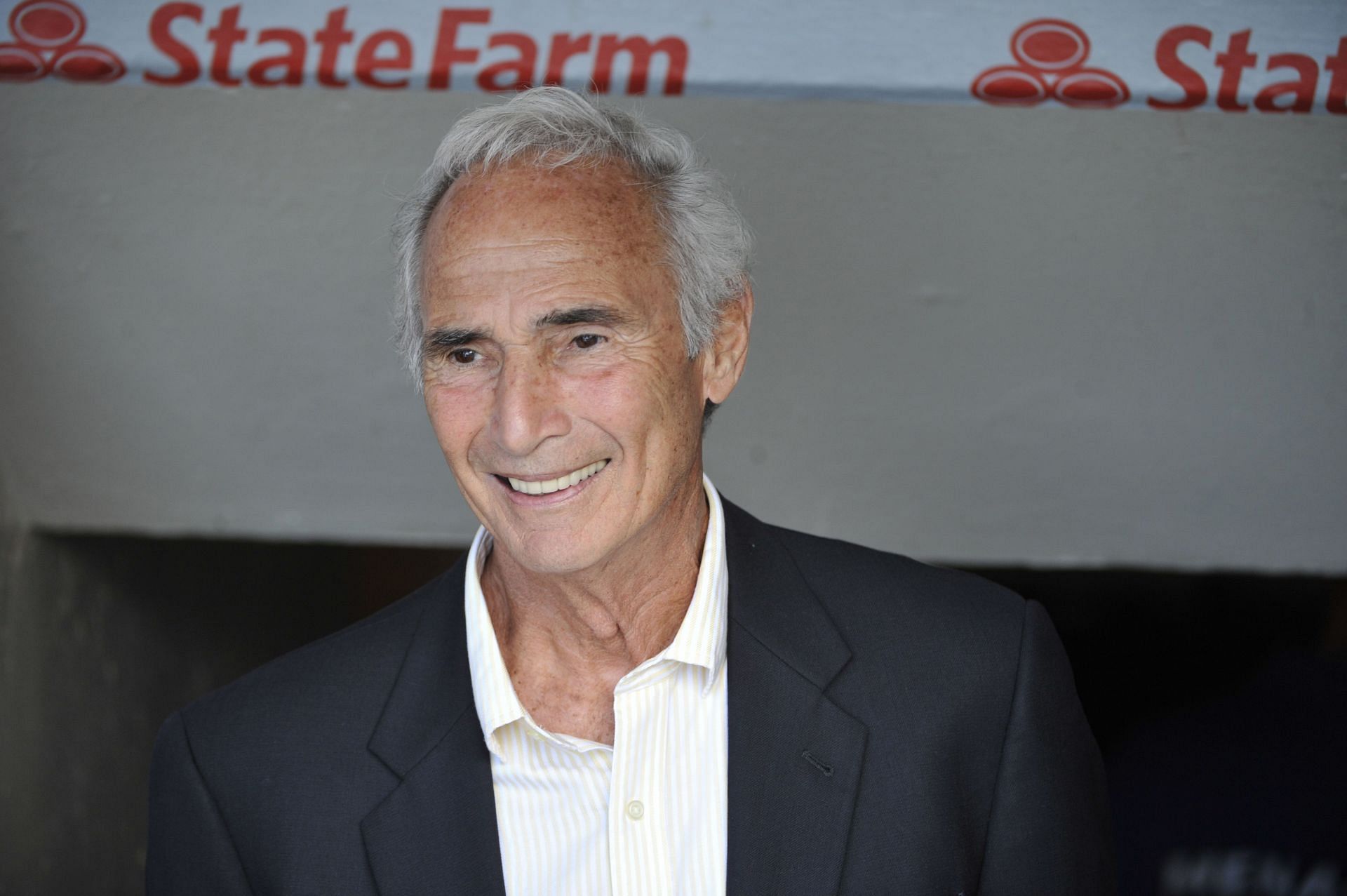 Sandy Koufax celebrated his 87th birthday on Friday. The Los Angeles Dodgers legend is one of the best to grace the mound. Over his 12-year career, he belittled batters with his two-pitch mix of a 97 mph fastball and his 12-6 curveball.

He spent his entire career with the Dodgers, compiling a list of awards. Most notably, Koufax was a three-time Cy Young Award winner and three-time Triple Crown Award winner.

Koufax closed out the final five years of his career by leading the league in ERA. His lowest ERA (1.73) came in his final season, which was in 1966. It was the same season that he set a career-high in wins with 27.

Los Angeles Dodgers fans took to Twitter to wish the legend a happy birthday. He was a pitcher ahead of his time.

“One of the greatest of all time. Much respect” one fan tweeted.

One of the greatest of all time. Much respect. twitter.com/baseballhall/s…

One of the greatest of all time. Much respect. twitter.com/baseballhall/s…

Bet he could still throw 90 twitter.com/baseballhall/s…

Bet he could still throw 90 twitter.com/baseballhall/s…

Fans can recall Koufax being their grandparents’ favorite player. One even mentioned that they think he could still touch 90 mph at the age of 87.

@baseballhall As a young Yankee fan back then, he was the enemy. But OMG, could he pitch!

@baseballhall As a young Yankee fan back then, he was the enemy. But OMG, could he pitch!

@baseballhall Outside of my father, my mother “loved” two men in her life: Frank Sinatra and Sandy Koufax. HBD to my mom’s love

@baseballhall Outside of my father, my mother “loved” two men in her life: Frank Sinatra and Sandy Koufax. HBD to my mom’s love

Not many can say they’ve accomplished as much as Sandy Koufax has. He was a winner, bringing the Dodgers four World Series titles. It was a shame that he dealt with arthritis in his elbow that ended his career prematurely.

If it wasn’t for the arthritis in his elbow, who knows how long Sandy Koufax would have dominated the league? He accomplished so much during his shortened career that it’s hard to keep track.

He’s second behind Nolan Ryan in career no-hitters. All four of his no-hitters came within a span of a little over three years. The last of those no-hitters happened to be a perfect game, which came in 1965.

His postseason ERA (0.95) is still the best of any pitcher that has recorded five starts. In seven starts, he tossed 57 innings and struck out 61 batters. Four of those starts resulted in complete games for the lefty.

Koufax had such an accomplished career that he was voted into the Hall of Fame at the young age of 36. He received an impressive 86.9% of the votes, crushing the 75% threshold.

Few baseball players have done what this man has done on the field.