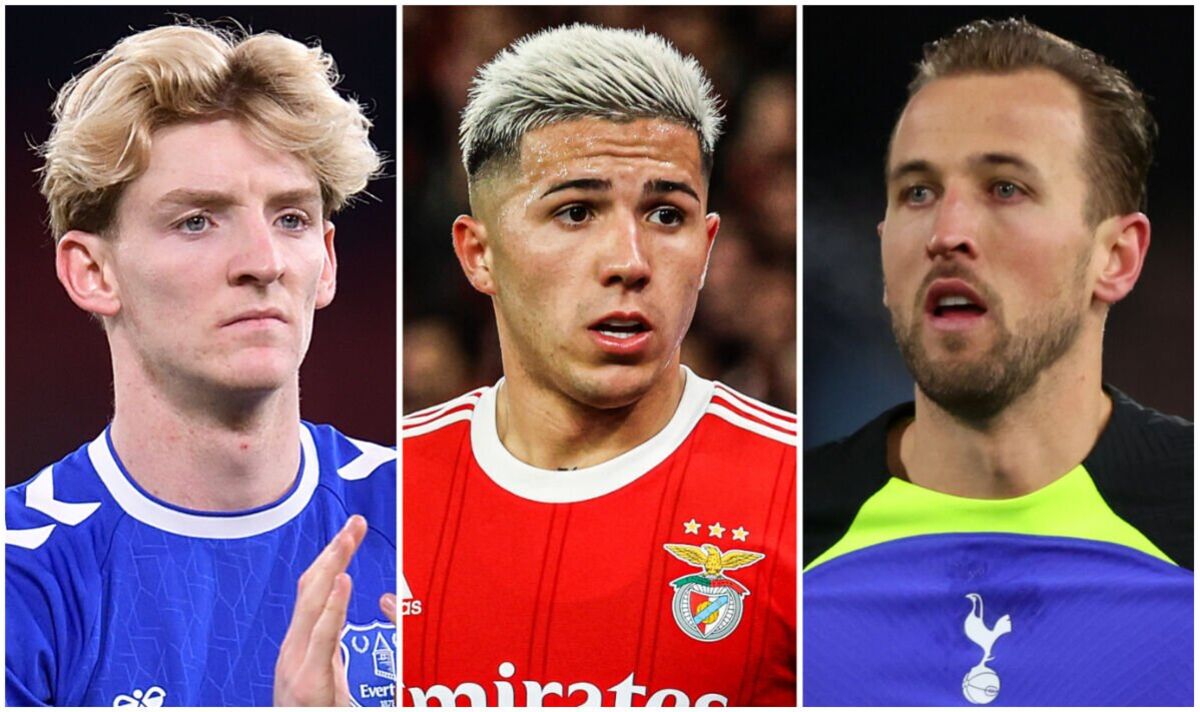 The Premier League has once again led the way in terms of spending in the transfer window, as only four clubs have yet to make a signing this month. Chelsea have spent the most money in January at over £150million, bringing in the likes of Mykhaylo Mudryk, Joao Felix and Noni Madueke while clubs are unlikely to slow down after a combined spend of over £500m and several more deals are still to take place. Express Sport has looked at six huge deals that could be completed before the window slams shut.

Eddie Howe and Newcastle reportedly want to bring in another forward after they allowed Chris Wood to leave on loan to Nottingham Forest, while they could take advantage of Everton’s precarious financial situation and move for Anthony Gordon. The England under-21 star has emerged as one of the Magpies’ top targets though they will be wary of a Chelsea hijack.

It would not be the first time that Todd Boehly and co have moved for one of their rivals’ targets in January and they did have a bid of over £50m turned down in the summer for the winger.

Win a pair of tickets to the Premier League or Women’s Super League match of your choosing! Enter below. CLICK HERE

Chelsea are hoping to bring in another midfielder before the window closes and look set to resume negotiations with Benfica for their Argentine World Cup star. The Blues were prepared to pay above Enzo Fernandez’s £103m release clause, but Benfica informed Graham Potter’s outfit that they would only let him leave if the buyout was triggered.

Chelsea were willing to spend over £103m but pay the fee to Benfica in three instalments, when the Portuguese side refused then negotiations were halted. However, Chelsea are set to resume talks and hope to thrash out a deal that will see the 22-year-old move to Stamford Bridge.

Transfer expert Fabrizio Romano has claimed that Brighton midfielder Moises Caicedo is “one to watch” in the final few days of the window, as Arsenal are being kept informed regarding his situation while both Chelsea and Liverpool are interested in the Ecuadorian.

However, Caicedo would cost a significant chunk of any team’s transfer budget and on Tuesday admitted he is only focused on the Seagulls. “I am focused on Brighton,” Caicedo. “I am here, I’m playing every day. Things from outside don’t trouble me, nor does it take that focus away because I’m focused only on here. I handle [the speculation] well. You hear rumours here and there, but I only try to be focused on the club.”

Tottenham star Harry Kane has been linked with a sensational switch to Manchester United, as he has just 18 months left on his contract in north London and may be interested in leaving the club in search of winning trophies. However, any move would likely take place in the summer rather than January and Kane has admitted that talks over a new deal will commence soon.

“I’m sure they’ll be conversations over the coming months but, to be honest, I’m just focused on this season and doing my best for the team,” he said after scoring the winner in Spurs’ 1-0 win over Fulham on Monday. “I know there’s going to be rumours, a lot of talk and speculation about my future but I’m just focused on what I can do.”