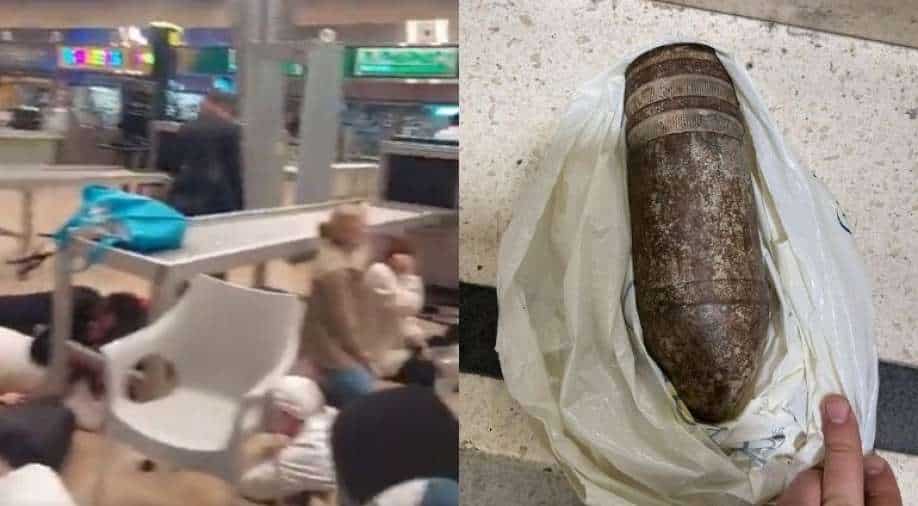 When you are packing stuff to board a flight, be sure to choose the contents wisely.

An American family caused panic at main airport in Israel recently when they packed a dangerous thing.

Well, it was an unexploded shell, which the family had come across on their visit to Golan Heights.

They had taken it as a souvenir for the trip and thought to carry it along on their way back home, the authorities said.

So yesterday an American family turned up at Ben Gurion Airport in Israel with an unexploded artillery shell they had found in the Golan Heights and were planning on taking home. pic.twitter.com/GAVb6ikLHF

When they were showing the luggage to the security inspectors at the airport’s check-in, a bomb scare was set off. The security staff also called for an evacuation of the area.

In a video of the incident, which was being circulated on social media, several panicked passengers can be seen scattering around at departure hall of Ben Gurion Airport near Tel Aviv on Thursday.

A man had to be hospitalised when he sustained injuries while trying to flee over a baggage carousel, the Israel Airports Authority said.

The family was also allowed to board their flight after security staff’s interrogation, who declared it all-clear, the airports authority said.