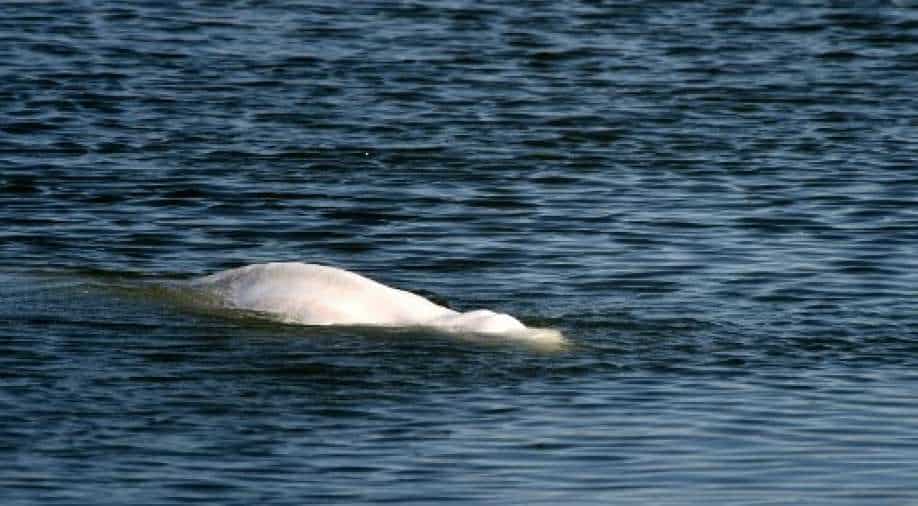 A beluga whale which strayed into the River Seine will be moved to a saltwater river basin close to the sea on Tuesday, marine conservation group Sea Shepherd France said. Officials describe the rescue effort as complex and risky, especially since the whale is already sick and malnourished. However, Sea Shepherd NGO, which is involved in the rescue operation, said it could not remain in the warm, non-salty river water much longer.

“An operation to transport the beluga astray in the Seine will be attempted this evening,” said government officials in the Eure department.

Also Read | A beluga whale drifts into polluted Seine river in France; efforts underway to guide it back

The beluga, which is usually found in the arctic or subarctic waters, was first seen in the Seine last week. It was unclear why the whale had strayed so far from its natural habitat. It has been unable to move inland because of the lock at Saint-Pierre-La-Garenne in Normandy, and has not been eating as well. Attempts to feed the beluga squid and live trout have failed and rescuers suspect the beluga is sick.

“Moving it to a salt water pool will allow us to monitor it better and try and treat it,” Lamya Essemlali, president of Sea Shepherd France, was quoted as saying by Reuters.

The beluga swam nearly halfway to Paris before local authorities confined the all-white whale in a large lock system.

Sea Shepherd further said that tranquilisation is not an option, since belugas are so-called “voluntary breathers” that need to be awake to inhale air.

“Today is a big day for the beluga and all those involved in its rescue,” Sea Shepherd France tweeted, while issuing an appeal for heavy-duty ropes, nets, mattresses and other equipment.

Veterinarians will keep a close watch on the whale during the rescue operation.