Outgoing Prime Minister Naftali Bennett defended his short tenure as Israel’s leader, hailing the “experiment” of his diverse coalition as a “success” in a short interview published Wednesday.

The “experiment” was putting together a diverse coalition together with Yesh Atid’s Yair Lapid that included eight parties from the right, center, left, and for the first time, an Arab party.

Bennett told the Times that the diverse parties were able to accomplish all that they did by being willing to “set aside ideological disagreements” and focus on “better education, better jobs, better infrastructure.”

He touted Israel’s low unemployment, economic growth, and the government’s most visible success, which came in November when the Knesset approved a national budget for 2021 and 2022, the first time a budget had been approved in three and a half years.

The passing of the bill delayed the threat of elections in the government’s early days but was ultimately not enough to avert its eventual collapse. 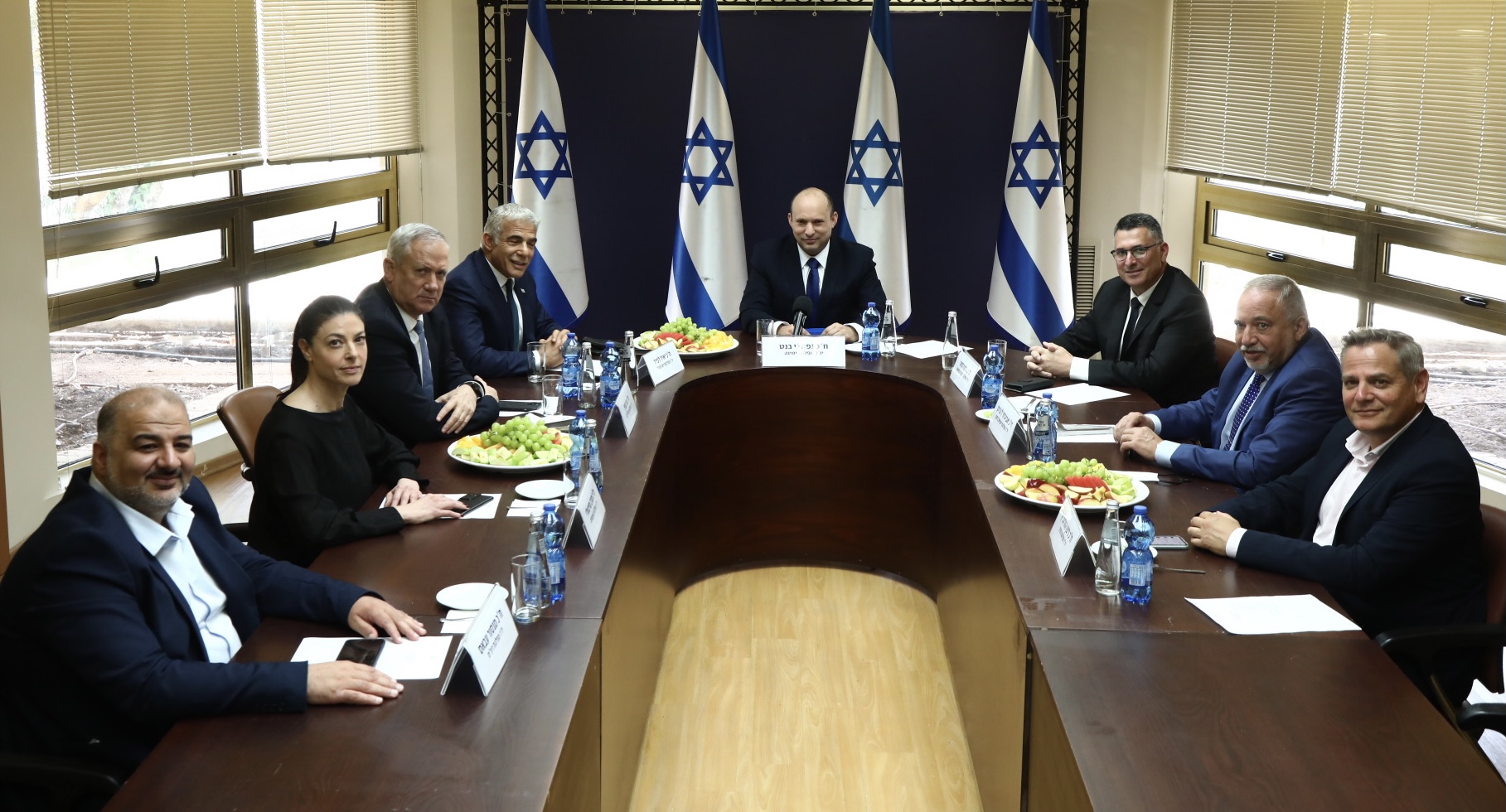 Bennett gave the interview Tuesday, a day after he and Lapid announced their intention to disperse the Knesset after multiple defections from coalition parties brought it to a parliamentary minority, rendering it unable to function.

The Knesset on Wednesday passed a preliminary reading of the bill on its dissolution and is expected to formally disperse as early as Monday for new elections in the fall. Lapid will be appointed caretaker prime minister, according to the coalition agreement.

But ultimately the coalition collapsed after opponents on both political extremes “found the weakest links and applied tremendous pressure,” he told the Times.

During the interview, Bennett also alluded to covert Israeli activities in Iran, telling Stephens that when Iranians “hit us through proxies or directly, they will pay a price in Iran,” outlining what he named the “Octopus doctrine” of striking Tehran at its head rather than its tentacles.

Tensions between Israel and Iran have intensified in recent weeks, after the assassination of a top Iranian officer in Tehran last month that it blames on Israel and several other deaths of security and scientific personnel in Iran.

“It turns out these guys are more vulnerable than they seem,” Bennett said. “The Iranian regime is rotten, corrupt — and incompetent.” 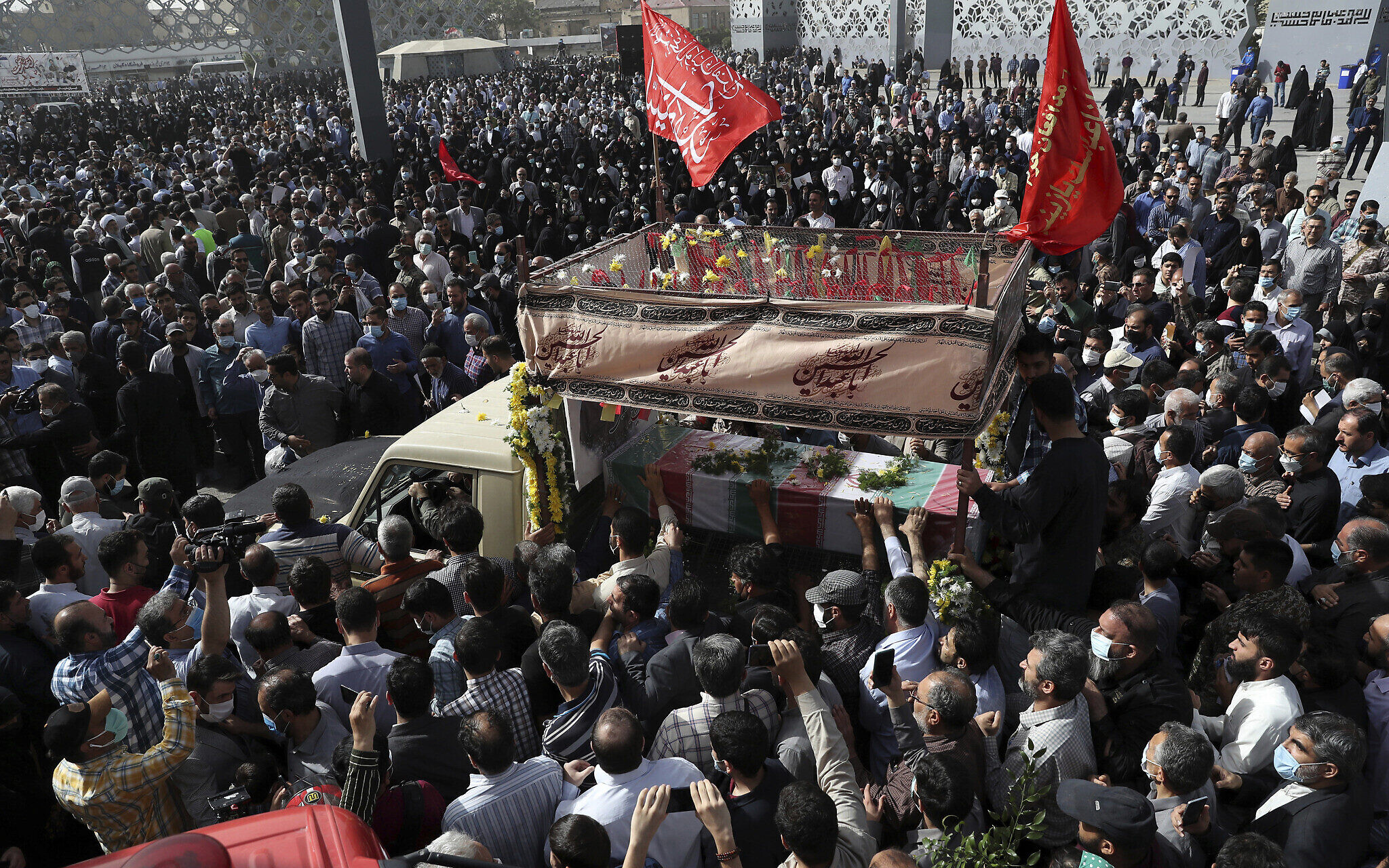 Mourners gather around a truck carrying the flag draped coffin of Iran’s Revolutionary Guard Col. Hassan Sayyad Khodaei who was killed on Sunday, in his funeral ceremony in Tehran, Iran, May 24, 2022. (AP Photo/Vahid Salemi)

Addressing the killing of Al Jazeera journalist Shireen Abu Akleh, who was shot amid a gun battle between Israeli soldiers and Palestinian gunmen in the West Bank’s Jenin refugee camp in May, Bennett asserted IDF soldiers “definitely” did not intentionally target her.

The Palestinians have accused Israeli soldiers of deliberately targeting Abu Akleh. Israel says it’s impossible to definitely say who shot the reporter without access to the bullet, which the Palestinian Authority is refusing to share with Israel.

The military has said that if Abu Akleh was killed by Israeli fire, it was an accident.

Bennett also discussed Russia’s invasion of Ukraine, saying he wished to see a conclusion to the war “ASAP,” without directly expressing hope for a Ukrainian victory.

Bennett attempted a mediation role in the conflict, as part of an effort also meant to maintain viable Israeli ties with Russia, which has a large military force in Syria across Israel’s northern border, where Israel is seeking to prevent Iran’s entrenchment.

Bennett claimed in the interview that a humanitarian corridor was opened out of the besieged Azovstal steel mill in Mariupol as a result of his diplomatic efforts.

After almost a decade in the Knesset, Hebrew-language media reported on Wednesday that Bennett was considering taking a break from politics.