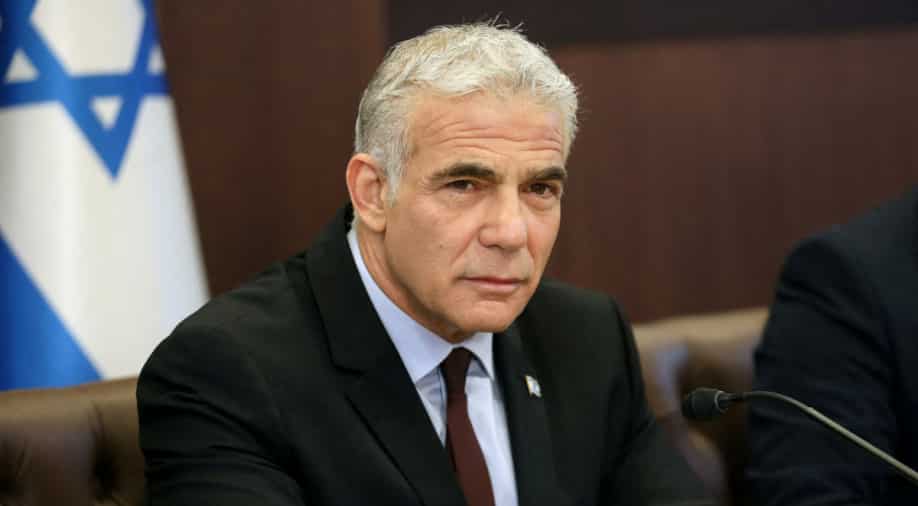 A day after Israeli Prime Minister Yair Lapid addressed the 77th session of the United Nations General Assembly (UNGA) at UN headquarters in New York and batted for ‘two-state solution’ for the Israel-Palestine issue.

However, former Prime Minister and current opposition leader Benjamin Netanyahu referring to the ultra-conservatives and Jewish religious lawmakers stated that they will never allow Lapid to implement his plans.

“Today he (Lapid) wants to give the Palestinians a terrorist state in the heart of Israel and that state is going to threaten us. But let me tell you this Mr. Lapid: My partners and I will not let you,” said Netanyahu.

Not only did Lapid face heat in his own backyard, but even the Palestinians did not seem too enthused by his idea. According to an AFP report, Palestinian president Mahmud Abbas charged that Israel, “through its current premeditated and deliberated policies” was “destroying” any prospect of a two-state solution.

Terming Lapid’s comments ‘positive’, Abbas added a caveat saying, “…the real test of the seriousness and credibility of (his) position is the Israeli government sitting at the negotiating table immediately, to implement the two-state solution.”

As reported by WION, during his speech on Thursday, Lapid sought to highlight that Israeli Arabs were not ‘enemies’. He underlined that his coalition government has an Arab party and that there are Arab judges in Israel’s supreme court. There were Arab doctors in Israel saving lives, he said.

“An agreement with the Palestinians, based on two states for two peoples, is the right thing for Israel’s security, for Israel’s economy and for the future of our children,” Lapid said, adding that any agreement would be conditional on a peaceful Palestinian state that would not threaten Israel.

It is pertinent to note that Israel is headed for elections in November. Poll surveys show that Netanyahu might be in for a comeback. Thus, experts are of the view that Lapid’s speech was meant to win over the Israeli left, Arabs and the centre-right.