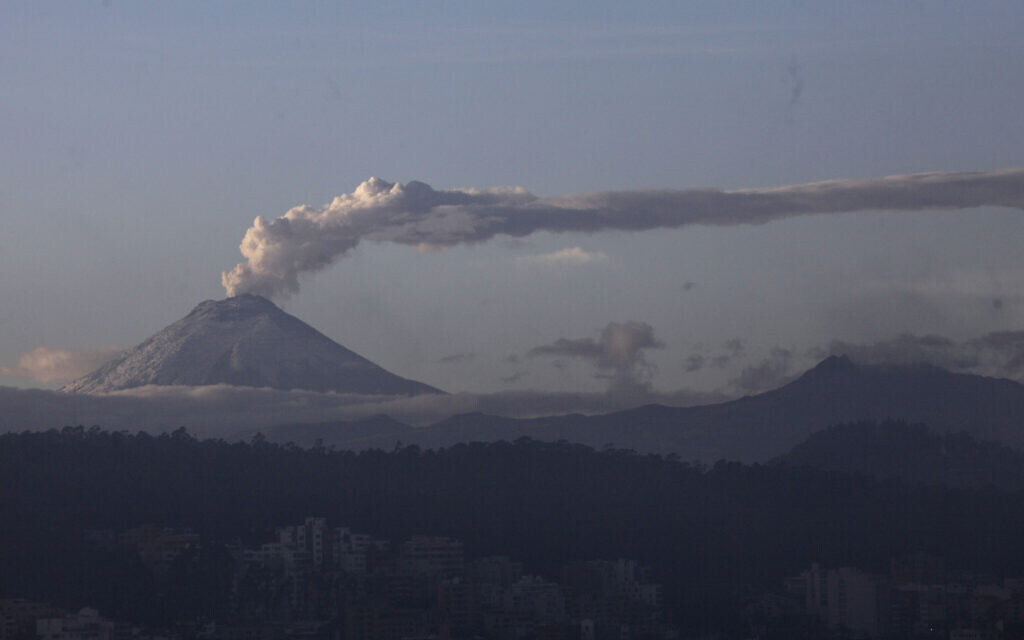 An Israeli man in his 20s was killed in a fall while attempting to climb the Cotopaxi volcano, the second-highest peak in Ecuador, the Foreign Ministry said Tuesday.

While details of the incident were scarce, the ministry confirmed it received an alert at 2 a.m. Monday from its embassy in Ecuador reporting the death of the Israeli.

In a Foreign Ministry statement, the Israeli ambassador to Ecuador, Zeev Harel, said that consular services have notified the family of the deceased, who was not immediately named, and have begun the process of returning his remains to Israel.

“The family received the terrible news, and the Department for Israelis Abroad together with Israeli embassy consul Sagi Ravovsky are monitoring the case and assisting with whatever is needed,” the statement said.

Cotopaxi is an active volcano located 50 kilometers (31 miles) south of the Ecuadorian capital, Quito. The snow-covered peak sits at an altitude of 5,897 meters (19,347 feet).

On Monday, the Foreign Ministry announced that an Israeli man had drowned in Egypt’s Sinai Peninsula. The man’s family was informed of the incident, the ministry said, but offered no details of what led to the tragedy.