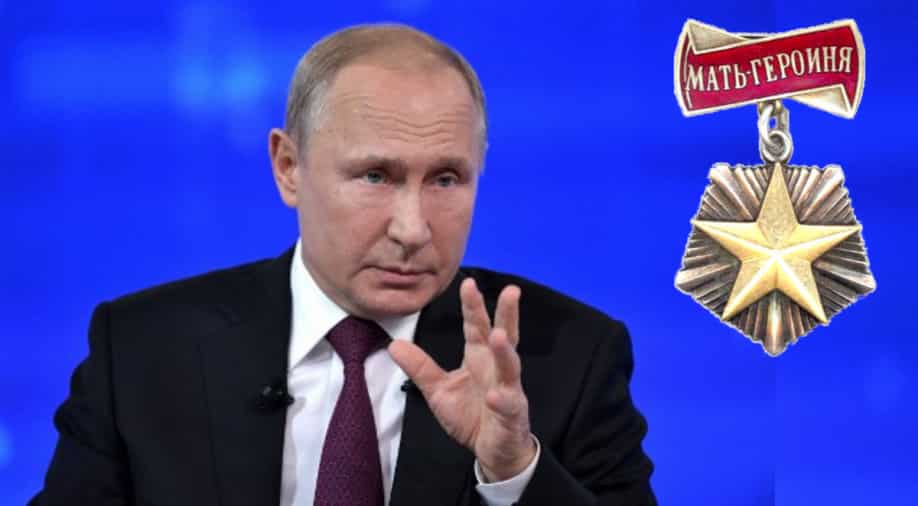 Russian President Vladimir Putin has revived a Soviet-era award of “Mother Heroine” for those women who have ten or more children. This comes amid Moscow facing a demographic crisis which has been aggravated during the ongoing Russia-Ukraine war.

The Mother Heroine was an honorary title in the Soviet Union that was given for bearing and raising a large family, meaning raising 10 or more children.

The Russian news agency TASS reported that a decree published on Monday (August 15) on the official portal of legal information said that the award entitles the mothers to a lump sum payment of $16,138 (₽1 million).

According to the decree, the qualifying mothers will get the award as soon as their 10th living child turns one year old. They will still qualify for the award if they lose a kid in the battle, during a terrorist act or in any emergency situation.

The “Mother Heroine” award was first established in 1944 by the former Soviet leader Josef Stalin. It was announced when a massive population was lost during World War II. With the collapse of the Soviet Union in 1991, the title was also stopped being awarded.

In recent decades, the population in Russia has seen a near-constant decline, which has startled the authorities. The total population fell to 145.1 million after a decline of around 400,000 people in early 2022.