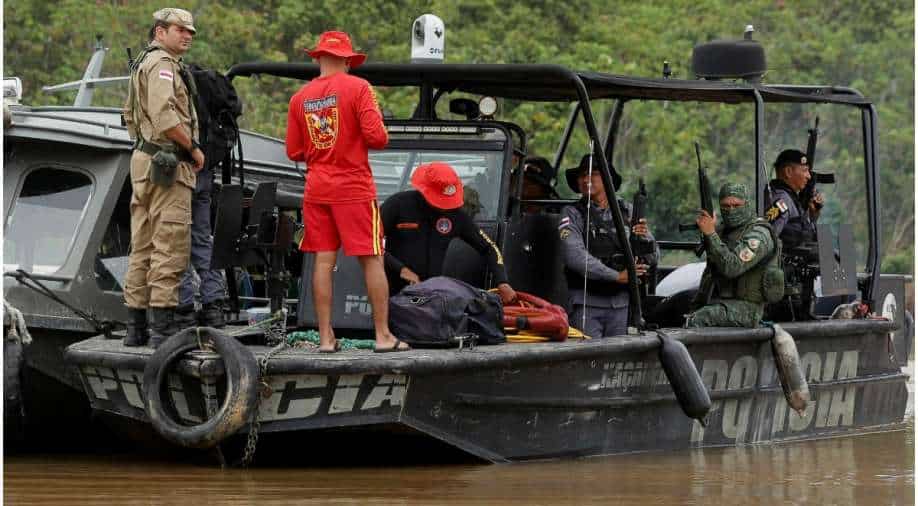 Brazilian police and indigenous search teams dismissed reports on Monday that they had found the bodies of a British reporter and a Brazilian indigenous expert missing in the Amazon jungle, dashing hopes of a quick resolution in the week-old case.

On Sunday, police said search teams had found the belongings of freelance reporter Dom Phillips and Bruno Pereira, a former official at federal indigenous agency Funai, in a creek off the river where they were last seen on June 5.

However, a federal police statement and a spokesman for local indigenous association UNIVAJA, which has organized search efforts since June 5, denied subsequent reports of two bodies turned up in the search.

“I’ve spoken with the team in the field and it’s not true,” said Eliesio Marubo, a lawyer for UNIVAJA. “The search goes on.”

More than 100 indigenous people, many in body paint and headdresses, marched on Monday in Atalaia do Norte, the nearest town to where Phillips and Pereira were last seen, to demand better treatment of native peoples and justice for the two men.

They were on a reporting trip in the remote jungle area near the border with Peru and Colombia that is home to the world’s largest number of uncontacted indigenous people. The wild and lawless region has lured cocaine-smuggling gangs, along with illegal loggers, miners and hunters.

Bolsonaro, who once faced tough questioning from Phillips at a news conference over weakening environmental law enforcement, said last week that the two men “were on an adventure that is not recommended” and speculated they could have been executed.

The case was thrown into confusion early on Monday by reports of a diplomatic briefing for the family of Phillips.

The Guardian reported that a Brazilian diplomat told Paul Sherwood, the journalist’s brother-in-law, that authorities were working to identify two bodies tied to a tree near the river.

No authorities or search teams in Brazil provided any corroboration of that development.

A police statement on Sunday described belongings of the two men that had been recovered, including an ID card for Pereira. A firefighter on a search team told reporters of a backpack with clothes and a laptop tied to a tree trunk near the river.

Brazilian police had also said late on Friday that they were analyzing “organic material” found in the river to see if it was human, but four people involved in the investigation told Reuters it seemed more likely to be of animal origin.

The material was found near the port of Atalaia do Norte, more than 40 miles (65 km) downstream from where Phillips and Pereira were last seen on a slow-moving river, the sources said. The material’s condition suggested it could have been scraps from a nearby butcher rather than remains carried downstream.

The Brazilian embassy in London confirmed it has been in contact with the Phillips family, at their request, but would not comment on the details provided in the briefing. Relatives of Phillips could not be reached for comment.

State police detectives involved in the investigation told Reuters they are focusing on poachers and illegal fisherman in the area, who clashed often with Pereira as he organized indigenous patrols of the local reservation.

Police have arrested one fisherman, Amarildo da Costa, known as “Pelado,” on a weapons charge and are keeping him in custody as they investigate the case.

Costa’s lawyers and family have said he fished legally on the river and denied he had any role in the men’s disappearance.