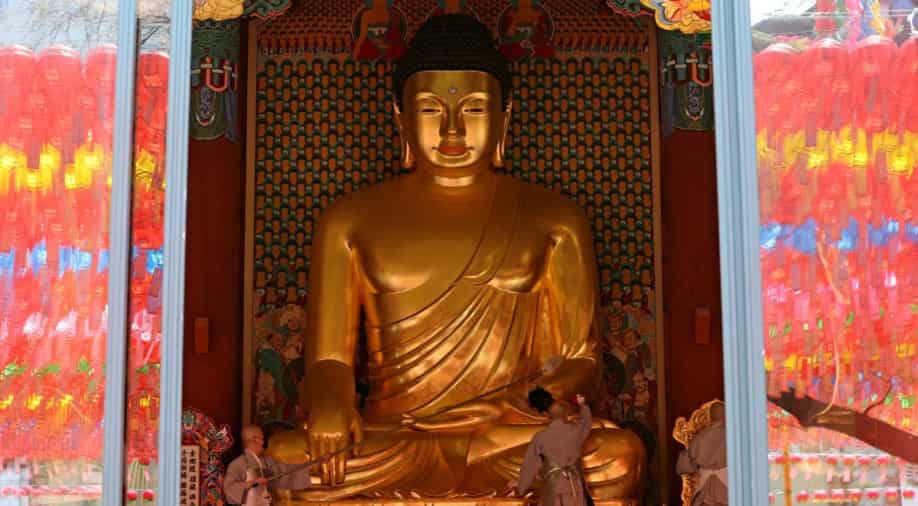 Devotees at the Batsagaan temple in Gandan Monastery of Ulaanbataar are eagerly awaiting to get a glimpse of Lord Buddha’s holy relics that arrived here from India on Monday.

The sacred “Kapilvastu relics” were brought in two special bulletproof caskets on board an Indian Air Force aircraft and will be displayed for 11 days at the Ganden Tegchenling Monastery.

The relics of Lord Buddha which are returning to Mongolia after 29 years are considered as one of the most sacred relics of Buddhism.

Union Minister Kiren Rijiju who led an Indian delegation accompanying the relics, said it is a historic milestone in the India-Mongolia relations aimed at further boosting cultural and spiritual relations between the two countries.

India’s relations with Mongolia got a boost after the visit of Prime Minister Narendra Modi to Mongolia in 2015.

He had visited the Ganden Monastery, where the relics will now be displayed for the common people.

“This will give a message of peace to the world. The friendship between India and Mongolia is very old. After Prime Minister Narendra Modi visited Mongolia in 2015, the bond between both countries have become very strong”, Rijiju earlier said.

The relics are part of the collection on display at the National Museum in New Delhi.

They will be displayed in Mongolia in an 11-day exposition as part of celebrations of the Mongolian Buddh Purnima falling on June 14.

While Rijiju will return to India on June 16 after attending the Buddha Purnima celebrations on June 14, a team of officials from the National Museum will remain in Mongolia through the 11-day period during which the relics will be on display and will bring them back to India.