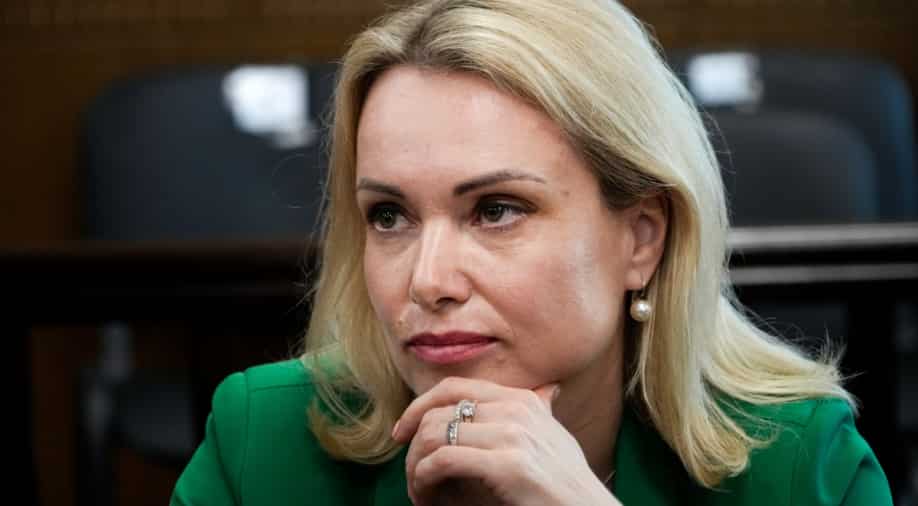 Marina Ovsyannikova, the former Russian state TV journalist who protested against President Vladimir Putin’s incursion in Ukraine has now been charged with spreading false information about the country’s army. If convicted Ovsyannikova faces a jail term of up to 10 years. Ukraine-born Ovsyannikova came into the international spotlight after she staged a walk-out in front of a studio camera with an anti-war placard during a piece of a live news broadcast on Russia’s flagship Channel One.

Watch | Gravitas: Blast rips through Russian base in Crimea

As per Reuters, information about the charges against her was shared by her lawyer on Telegram. Apparently, the charges are related to a protest last month where Ovsyannikova held up an anti-war placard on the Moskva river embankment opposite Kremlin and shared pictures on her telegram channel.

Soon after, she was picked up by the police while out walking her pet dogs. At that time, she was not charged but was made to wait at the police station for a few hours.

“Went for a walk with the dogs, just stepped outside the gate, people in uniform approached me,” she had posted, referring to a police station in the Moscow district added, “Now I’m sitting in Krasnoselsky ministry of internal affairs”.

However, since then she has been detained and fined several times for her continuing opposition to Russia’s military campaign in Ukraine.

Reuters reports that earlier on Wednesday the journalist had also announced that the police Russian police had forced their way into her home in the early hours of the morning around 6 am to conduct a search before taking her away to charge her.