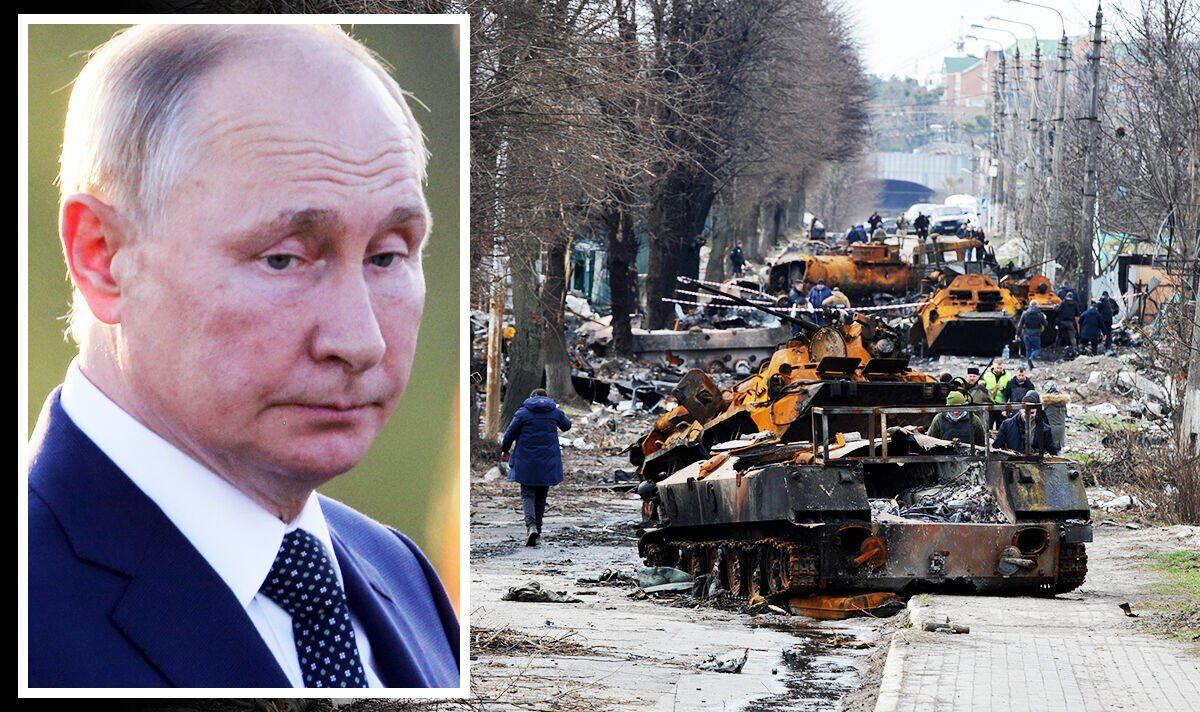 Ukrainian authorities last month declared that Russian forces had entered a new, more aggressive phase in the war. But military experts suggest their victories continue to be limited due to some major setbacks.

Justin Bronk, Editor of the RUSI Defence Systems online journal, argued that if Moscow had planned to topple the Ukrainian Government by gaining control of Kyiv, it had suffered a “decisive failure”.

He wrote in the Spectator that since this time, the Russian military has focussed on “far more limited objectives”, primarily in the Donbas.

Gains are being made in this area but the fact Ukraine has inflicted “catastrophic losses on the Russian ground forces” could spell danger in the war’s wider context.

Figures on war losses are difficult – if at all possible – to verify, at least while the fighting is still ongoing (perhaps even after the fact).

But Mr Bronk wrote: “Since the start of the invasion, Ukrainian forces have inflicted catastrophic losses on the Russian ground forces, with around 18,000 to 20,000 troops killed in action, around 60,000 total casualties and more than 4,350 vehicles confirmed destroyed or captured.”

He added: “As a result of these losses, Russia has struggled to achieve large scale successes during the second phase of the war.

“Consequently, the Donbas campaign has seen a steady lowering of Russia’s war aims.”

It was rumoured that Vladimir Putin might have used his May 9 ‘Victory Day’ speech, marking the end of the Second World War, to announce a call to mobilisation.

Max Seddon of the Financial Times, however, reported that most officials at the event did their “utmost” to avoid the subject altogether.

When Putin broached it himself, he received only “tepid applause”.

Some of those close to the President are becoming increasingly concerned by the state of Russian engagement in the war in Ukraine.

Some Kremlin insiders, who preferred to remain anonymous, recently told Bloomberg they are particularly anxious about the conflict’s long-term impacts on Russia and feared the notion that their country would be increasingly isolated on the world stage over the coming decades.

But they said they had not raised their concerns with Putin himself because they believed they had “no chance” of chaining his mind.