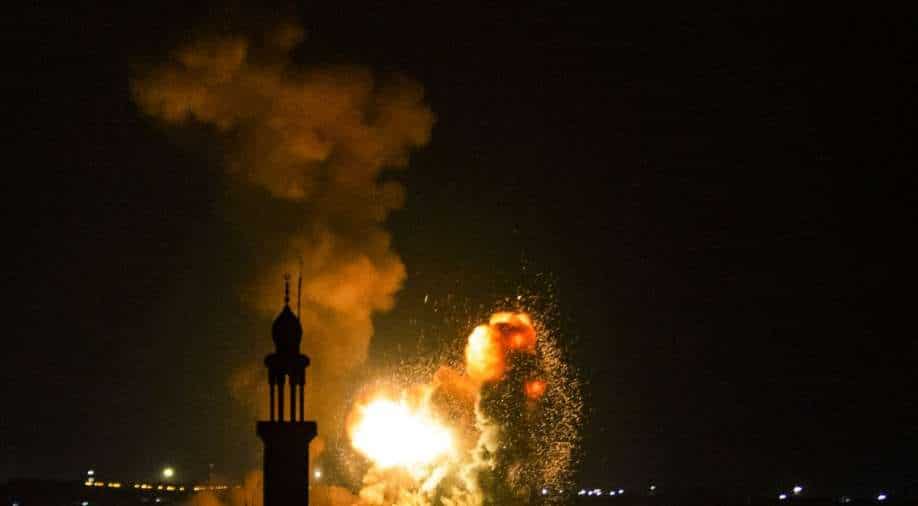 At least 10 people, including a top commander of a Palestinian militant group, were killed and scores wounded in the Israeli strike in the Gaza Strip.

The Israel Defence Forces (IDF) said the missiles were fired on Saturday in response to a threat following the arrest of another senior militant in the West Bank earlier this week.

According to Gaza health ministry, the missiles hit residential apartments as well as militant watchtowers, killing at least 10 people, including a 5-year-old girl, and wounding 55, The New York Times reported.

Taysir al-Jabari, Islamic Jihad’s commander for northern Gaza, was among those killed, the militant group said. He helmed the organisation after another militant was killed in an airstrike in 2019.

Later, Palestinian militants launched a barrage of rockets in central and southern Israel, bringing both sides on the verge of an all-out war. The Islamic Jihad militants claimed to have fired 100 rockets.

At least hundreds assembled in a funeral procession for the militant and for those who were killed. Many mourners were also seen waving Palestinian flags and Islamic Jihad banners while calling for revenge.

The Israeli Army released footage showing a fighter jet striking rocket launchers belonging to the Islamic Jihad in the Gaza Strip, according to the description of the army.

Israeli Prime Minister Yair Lapid in a late night address on Friday said that his country had launched the attacks based on concrete threats.

“This government has a zero-tolerance policy for any attempted attacks of any kind from Gaza towards Israeli territory. Israel will not sit idly by when there are those who are trying to harm its civilians,” Lapid said.

The airstrikes come amid a week of rising tensions between Israel and Islamic Jihad, which often acts independently of Hamas—the group that governs Gaza Strip.

Friday’s escalation follows one of the least violent phases gripping Gaza for several years. After the war in May 2021, there were relatively few cross-border exchanges of fire, as tensions shifted to the West Bank.

Both Israel and Hamas had vowed to avoid another full-scale war over the enclave, which has been under an Israeli and Egyptian blockade since 2007.