Prime Minister and Conservative Party leader candidate, Rishi Sunak came under fire for spending over $4,80,000 (£400,000) on a pool at his North Yorkshire property as UK residents braced for another heatwave and a rise in the cost of living.

The approval for the construction of a new stone building on a paddock with a gym, a 12-by-5-meter swimming pool, storage rooms, four showers, and other amenities was given to Rishi Sunak and his family in August.

According to the Independent, Sunak and his wife Akshata Murty spend their weekends at the Grade II-listed 19th-century former vicarage in his Richmond constituency in North Yorkshire. Additionally, they requested permission to develop a wildlife refuge and a tennis court outdoors on the adjacent countryside. 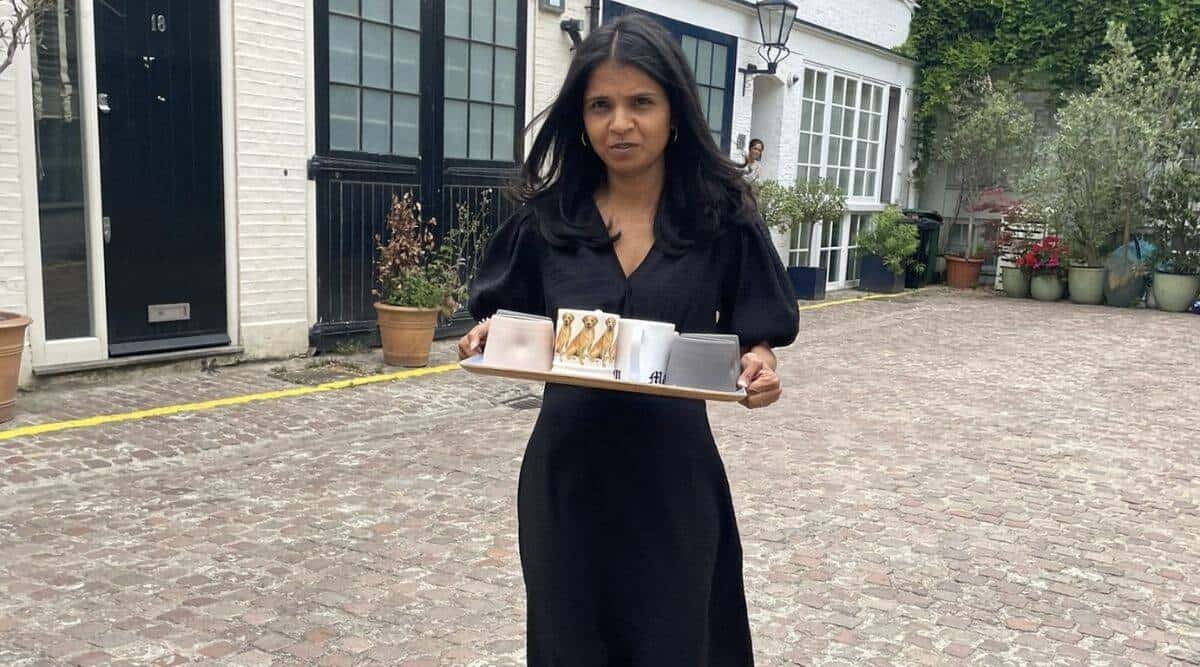 Akshata Murty, wife of Rishi Sunak walking up to the journalists waiting outside their home and serving them tea and biscuits. Photo credits: AP

The structures are nearly finished, as evidenced by the photographs going around on social media. The Independent reported that the project’s overall cost may be significantly higher than 40 million USD.

The new structure will be 81 metres away from the main home and include a ballet bar for his girls, a hot tub, and a seating space in addition to the tennis fields and swimming pools.

The story may influence Tory voters because they may believe Sunak and his family have not been impacted by the squeeze on living standards. During the election, foreign secretary and rival Liz Truss might use it against him.

Last week, the former chancellor of the exchequer pledged to assist retirees and reduce VAT on energy bills, but it is likely that he will be required to spend an estimated 10 million USD a year to heat the new pool.

The UK’s citizens are likewise ready to deal with a water deficit brought on by the heatwaves.

Rishi Sunak and his wife Akshata Murty have received criticism for their way of living before. Murty has previously come under fire for using pricey china to serve tea to reporters outside Sunak’s office. She came under fire for failing to pay taxes on her earnings from abroad.