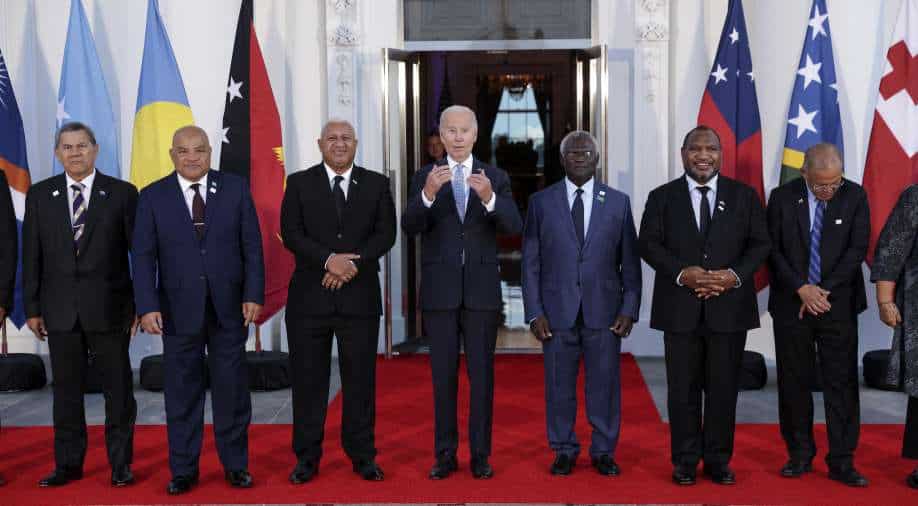 The United States announced on Thursday that it will be providing an additional $810 million in support to the Pacific Island countries in an attempt to increase presence in the region. During the first US-Pacific Summit, the US also said that it will recognise Niue and Cook Islands as sovereign states.

The summit holds special importance for the US after China made steady headways in its relationship with the Pacific Island nations this year. As a result, it came as no surprise that President Joe Biden announced that the new aid will be spent on infrastructure as well as measures against the climate crisis.

“The Pacific Islands are a critical voice in shaping the future, and that’s why my administration has made it a priority to strengthen our partnership with your countries,” Biden said at the summit.

“We’re seeing the consequences of climate change around the world very vividly, including in the United States right now, and I know your nations feel it acutely,” he added, reports Reuters.

In April this year, the Solomon Islands signed a controversial security pact with China. President Manasseh Sogavare was also part of the US-Pacific declaration on Thursday.

During the summit, US officials did not mention China, but secretary of state Antony Blinken warned against “heightened geopolitical competition impacts” for the Pacific Island countries.