Skip to content
HomeWorldVirginia Primary Election results: When will results be declared in Virginia primaries? 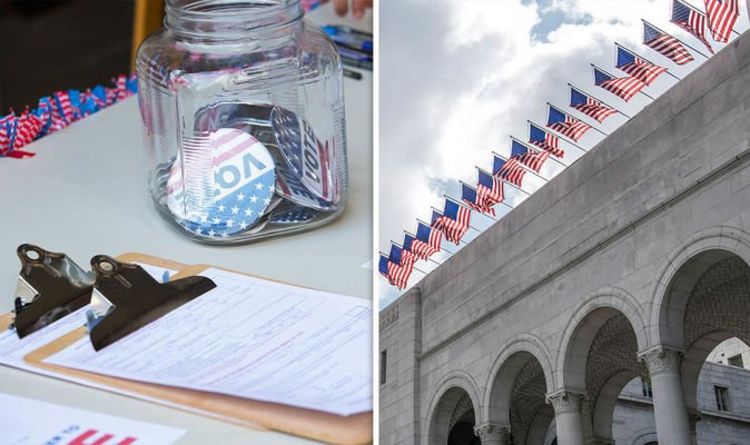 US presidential elections start next year on November 5, where voters will be able to choose the next leader of the free world. The elections will also choose the composition of most of the US Congress, and could see a major flip in party control. Before voters are able to vote for their final choices however, there is a drawn-out selection process to decide candidates for each party. The first stage of this process takes place today with the Virginia primary elections.

When will results be declared in Virginia primaries?

Virginia’s entire Senate and House of Delegate representation are up for election today.

State residents will be able to vote today during a 13-hour window from 6am to 7pm.

Results can be expected sometime after the polls close.

The results will choose which candidates will stand for both the Republican and Democratic parties come November 2020.

All 140 seats in the Virginia legislature are up for reelection next year.

The elections are particularly important for Virginians hoping to tip the party balance from Republican to Democrat.

The Republican Party currently represents the state with a slim majority of just 21-19 in the Senate and 51-49 in the state House.

Republicans are therefore clinging on by a thread with a two-seat majority.

Voters opposed to Republican rule will want to ensure they choose the right candidate to effectively establish a Democrat majority.

The Virginia elections will also prove a valuable testing ground for developing national tensions within the Democrat and Republican parties.

Senior Democrats face competition from upstart politicians to their left, while Republicans face pressure from the right.

Republican Senator Emmett Hanger and Democratic Senate Minority Leader Dick Saslaw have faced heavy criticism from their opposition in the run-up to the election.

Emmett Hanger was a key proponent for expanding Medicaid throughout Virginia last year and railed Republican plans to derail the scheme.

His opponent Tina Freitas said the Senator’s decision to oppose betrayed his constituents, and he is not conservative enough on guns or abortion.