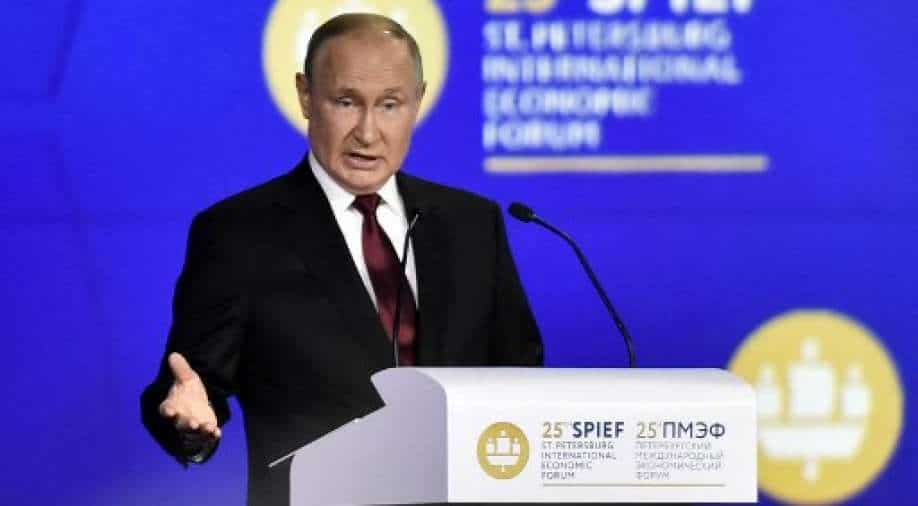 Russian President Vladimir Putin was slated to give the opening speech in Russia’s flagship economic forum on Friday, but it was delayed by hackers. According to Kremlin spokesperson Dmitry Peskov, it was a ‘denial of service’ attack from the hackers that was aimed at interrupting the internet services at the venue. Reuters reported that the hackers attacked the servers with bogus traffic that resulted in sluggish internet speeds. The speech from Putin did not start on time due to an issue with the connectivity at the venue and Kremlin confirmed that it was delayed by a little over 100 minutes.

Russia did not blame anyone for the attacks directly but according to the Reuters report, sources claimed that this can be a response from a group of “hacktivists” for the ongoing invasion of Ukraine.

During the speech, Putin said that this is the “the era of the unipolar world” as he defended Russia’s ongoing invasion of Ukraine once again at the St. Petersburg International Economic Forum.

“When they won the Cold War, the US declared themselves God’s own representatives on earth, people who have no responsibilities — only interests. They have declared those interests sacred. Now it’s one-way traffic, which makes the world unstable,” Putin told the audience.

The ongoing crisis has already crossed 100 days in Ukraine and Putin said that the “special operation” has provided the West with an opportunity to put the blame for their problems on Russia.

“They live in the past on their own under their own delusions … They think that … they have won and then everything else is a colony, a back yard. And the people living there are second-class citizens.”