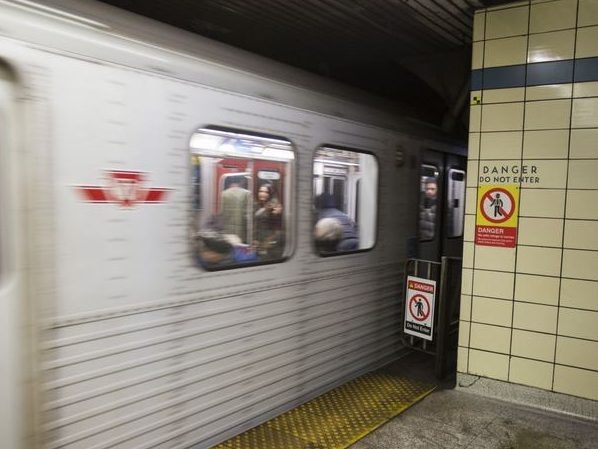 It’s time to call it for what it is: Toronto’s transit system has spun off the rails when it comes to protecting people.

It’s not safe, and the brass have no answers.

Violence struck again on Tuesday afternoon, with a woman in her 20s stabbed around 2 p.m. on a streetcar at Spadina Ave., just south of Bloor St.

It’s not a matter if someone will be randomly attacked on a bus, streetcar or subway train. It’s a matter of when.

It happens too frequently. During the last few days alone there have been allegations riders were sexually assaulted, a bus driver shot with a BB gun and three transit employees assaulted on a bus.

You can’t blame the police or TTC special constables. They’ve made arrests in every one of these cases. But you can blame a failed approach on bail, efforts to enable illegal drug use and inadequate public investment in mental health and addictions treatment.

“I am involved in discussions with TTC commissioners, our chair, Jon Burnside, Mayor (John) Tory, the chief of police and our union leaders as we work to find a mutual solution to some of the complex challenges we face,” he said. “Safety is our top priority, and we will do everything in our power to make sure our employees and customers are secure while working or travelling on the TTC.”

Tory has met with Leary and Toronto Police Chief Myron Demkiw, but words will not do it. It’s time to take back the TTC, and the streets, from the offenders who are hurting innocent people.

“Something like this, you don’t close your eyes, and it goes away,” said Marvin Alfred, president of  Amalgamted Transit Unit, local 113. “There is no sense of deterrence, there is no sense of TTC being able to impede these people from bringing these items on the vehicles and in the transit system.”

Operators are telling The Toronto Sun they are starting to bring their own bear spray to fend off potential attacks. No one thinks operators should take matters into their own hands, but they shouldn’t be lambs to the slaughter, either.

“You don’t want to feel you are at risk just because you are wearing a uniform,” said Alfred.

They are at risk and so are passengers.