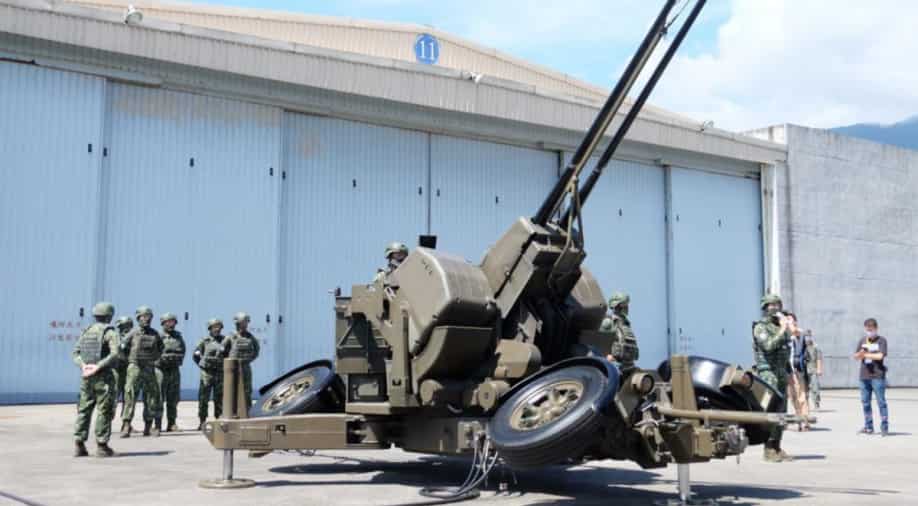 Taiwan said it will use its Navy and Air Force if Chinese forces enter within 12 nautical miles into its territorial sea and airspace.

Taiwan’s Major General Lin Wen-huang said the country will exercise the “right to self-defence to counter-attack” amid China’s threat.

The development comes as President Tsai Ing-wen claimed China was resorting to “grey zone” tactics amid drone intrusion to continue its “military intimidation”.

Watch: What made India hit out at China for the ‘Militarisation’ of the Taiwan Strait?

“We will not provoke a war and we will restrain ourselves, but that does not mean that we will not take countermoves,” Taiwan’s president said. Tsai informed she has asked the defence ministry to take “necessary and strong countermeasures at an appropriate time to defend the security of our airspace”.

On the drone controversy, Taiwan said: “Those who come uninvited are called thieves” even as the Chinese foreign ministry claimed the drones were “flying around Chinese territory”.

Tensions between the two countries have increased ever since US House Speaker Nancy Pelosi visited the island nation earlier this month as China unleashed a massive military drill near Taiwan.

At least four other politicians visited Taiwan this month. Arizona governor Doug Ducey arrived in Taipei on a trade mission becoming the latest US politician to visit Taipei amid escalating tensions between Taiwan and China.