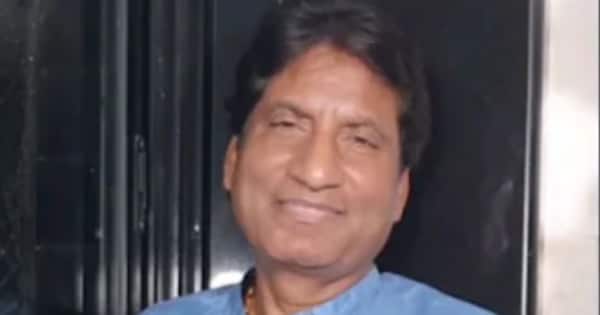 Now, this is the happiest news for Raju Srivastava’s fans after a long time. For quite a few days there were lots of rumours and reports about the comedian’s health. And now finally there is good news that the ace comedian has gained consciousness. Yes! Raju was admitted to the hospital 15 days ago and today finally he gained consciousness. The comedian is been admitted to the AIIMS hospital in Delhi after he complained of a cardiac arrest while he was working out in the gym. The latest buzz is that Raju is back to his senses and the doctors are trying their best to put him out of the ventilator. Also Read – Raju Srivastava health update: Comedian’s brother rubbishes reports about taking him off ventilator; shares actor is stable

If reports are believed Amitabh Bachchan‘s voice tapes have been used for the comedian’s better brain functionality as the world is aware that he is a diehard fan of the superstar. Also Read – Raju Srivastava health update: Sunil Pal claims comedian may be removed from ventilator today

While Raju’s nephew Kushal Srivastava in interaction with TOI claimed that the reports of him gaining consciousness are untrue. He has just opened his eyes a couple of times and is also moving his hands, but slowly and gradually his health is getting better, while the doctors assure him that the recovery will happen but take time. He further, ” Raju Ji is still on a ventilator and doctors want him to take him out of it, but there are no such immediate plans. They are waiting for his health to improve more. The progress is not enough for the doctors to remove the life support. His organs are responding well to the treatment”. Also Read – Trending TV News Today: Harshad Chopda’s rugged look from Yeh Rishta Kya Kehlata Hai goes viral, Raju Srivastava’s health update and more

Rau Srivastava is one of the most loved and popular comedians of his time. Ever since he has been admitted to the hospital his fans and loved ones se continuously praying for him to receive and like his wife said that the prayers are been heard and he is getting better. Shekhar Suman, Sunil Pal and more actors close to him have been giving regular health updates about the comedian. We wish him a speedy recovery.