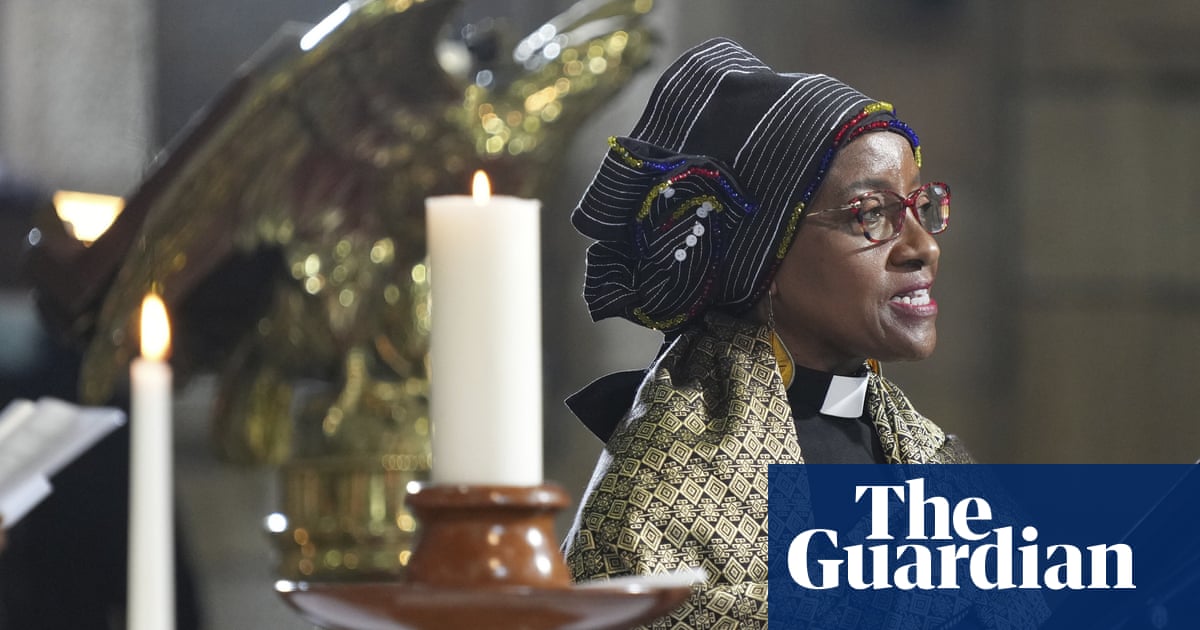 The daughter of the late Anglican archbishop Desmond Tutu has been barred by the Church of England from officiating at her godfather’s funeral in a Shropshire church because she is married to a woman.

Mpho Tutu van Furth, an ordained priest in the Anglican church, was invited to preside over the funeral of Martin Kenyon, who died last week at the age of 92. The C of E said its actions were “in line with the House of Bishops current guidance on same-sex marriage”.

Tutu van Furth’s wife, Marceline, a Dutch academic, accused the C of E of homophobia. She said the couple had visited Kenyon in April, and he asked Mpho to preside over his funeral.

“That she can’t do something out of love for her godfather and for the family just because of the same-sex marriage … that’s something that upsets me,” she said, according to a report in Voice of America.

Kenyon’s family were forced to relocate Thursday’s funeral service from St Michael and All Angels church, in Wentnor, near Bishops Castle, to a marquee in the grounds of the former vicarage next door in order to allow Tutu van Furth to preside in an unofficial capacity.

“The family are devastated at the church’s decision,” a family friend said. “Even in a conservative rural hinterland like Shropshire, people are appalled at what has happened. It’s unchristian and unjust.”

In a statement, the Diocese of Hereford said: “We acknowledge this is a difficult situation.”

The C of E permits clergy to be in same-sex relationships as long as they are celibate. The church does not conduct or bless same-sex marriages. The issue has been the cause of deep divisions within the C of E and the global Anglican church for decades.

Kenyon, a former Welsh Fusilier and Old Etonian, had a brief moment of fame after complaining that he “couldn’t damn well find anywhere to park my car” when he was one of the first people to receive a Covid vaccination in December 2020.

The next day on live television, he asked Piers Morgan, then presenter of ITV’s Good Morning Britain: “Who are you?”

Kenyon had been friends with Desmond Tutu for decades. Both men were godfathers to each other’s daughters.

Tutu, the former archbishop of Cape Town who won the Nobel peace prize in 1984, died last December. He gave a “father’s blessing” to his daughter’s same-sex marriage, but was barred by the South African church from officiating.

Tutu championed LGBTQ+ rights, saying in 2013: “I would refuse to go to a homophobic heaven … I would not worship a God who is homophobic and that is how deeply I feel about this.”

He added: “I am as passionate about this campaign as I ever was about apartheid.”

Tutu van Furth was forced to give up working as a priest in South Africa in 2016 because the Anglican church there does not permit its clergy to be in same-sex marriages, although they have been legal in the country since 2006.