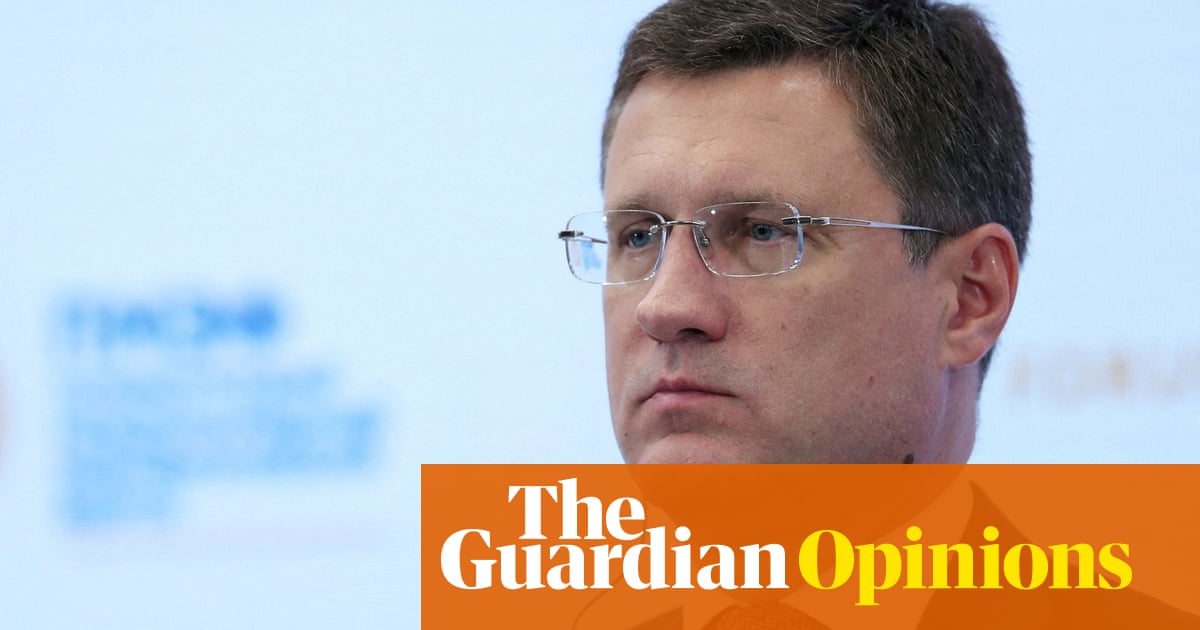 Do you feel lucky? That was the subliminal message of Alexander Novak when Russia’s deputy prime minister channelled his inner Clint Eastwood to warn the west of the consequences of extending its sanctions to his country’s oil.

No question, there was a hint of both bravado and desperation as Novak said it was possible – although not likely – that the cost of crude could hit $300 (£227) a barrel. The measures imposed since the invasion of Ukraine are starting to bite.

Even so, just like the cop Eastwood plays in Dirty Harry, Novak knows what a lot of politicians across western Europe are thinking: abandoning Russia as a source of energy supply is far from costless.

Starting with the obvious, rising prices for oil and gas threaten to intensify cost of living crises across the west. It is a basic rule of economics that if the supply of something is reduced, the price will go up until such point as the cost become prohibitive. At that point, there is a drop in demand that forces down prices, which is why each peak in oil prices has been followed by a slump.

It seems unlikely – given differing views among member states – that the EU is ready yet to broaden its sanctions to include oil and gas. But unless the war ends soon, energy prices will remain high, eating deep into profits and consumer spending power.

A second problem is how to make up for the loss of Russian energy while also meeting net zero commitments. In the medium and long term, the answer is obvious: western nations need to accelerate the transition out of fossil fuels and into renewables and the invasion of Ukraine will give added momentum to that trend. In the short term, though, governments keen to keep the lights on and transport systems running will seek to replace Russian fossil fuels with fossil fuels from other parts of the world.

That makes sense, because energy shortages would cause a serious recession in the west – and in the past, economic downturns have led to a waning of interest in green issues. That hasn’t happened so far but there is a real risk that it will.

Clearly, this is a messy compromise. More progress should have been made sooner on the green energy transition but it wasn’t. It would have been helpful had politicians yoked together recovery from the pandemic and net zero plans in a more meaningful way, but they didn’t. Given how things stand it may be a case of two steps forward, one step back.

Kwasi Kwarteng says the government is angry and disappointed by the decision of P&O Ferries to sack 800 staff and replace them with cheap contract labour. Not to be outdone in the condemnation stakes, Rishi Sunak calls the company’s behaviour appalling, awful and wrong.

This is bluster. Kwarteng’s business department knew what P&O had planned 24 hours before the news was announced. The chancellor is happy enough for P&O’s parent company, the Dubai-based DP World, to continue investing in the freeports so dear to his heart.

In his letter to P&O, Kwarteng stressed that the company could face an unlimited fine for failing to go through the proper consultation process. In other words, it is all right to sack British workers and replace them with cheap foreign labour, provided you warn them first.

The reality is that ministers have been caught with their trousers down. Having promised but failed to deliver an employment bill, the P&O case shows exactly why tougher protection for workers is needed.

No barrel of laughs

The cost of a barrel of Brent crude oil hit $138 two weeks ago. Since then, it briefly dipped below $100 a barrel and is currently trading at $114 a barrel – about $25 a barrel below its recent peak.

Motorists would struggle to find any evidence of lower crude prices. As the AA points out, wholesale petrol prices were down 12p a litre on the 8 March peak but the retail price at the pump was 9p dearer. Funny how markets work in such an asymmetric way. Anybody would think the retailers were taking their customers for a ride.