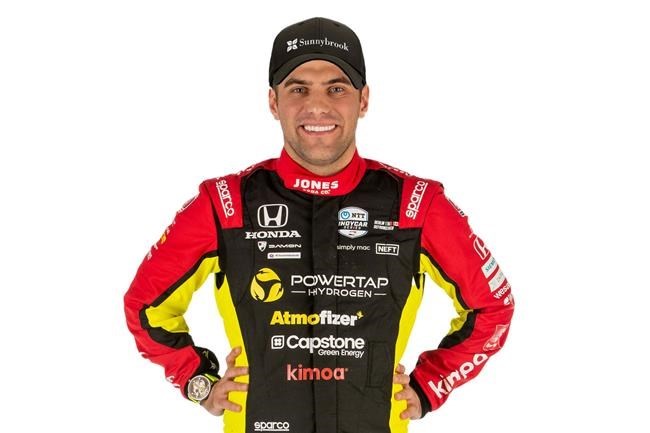 Devlin DeFrancesco will finally be returning to Toronto as an IndyCar driver next month, and he plans to give back to the local doctors and nurses who saved his life as a baby.

The 22-year-old DeFrancesco weighed less than a kilogram when he was born 15 weeks premature and had to spend the first four months of his life in intensive care. He credits the doctors and nurses at Sunnybrook Health Sciences Centre in midtown Toronto with keeping him alive.

“Without them, I wouldn’t have made it very far. I’m very, very lucky to be around,” said DeFrancesco, who got choked up when speaking about the circumstances of his birth.

DeFrancesco and the hospital jointly announced a new initiative called Racing for the Tiniest Babies on Wednesday, which will raise funds and awareness for Sunnybrook’s DAN Women & Babies Program.

Now based in Florida, DeFrancesco said that when he is in Toronto he makes a point to visit Sunnybrook and see the doctors and nurses who kept him alive during his four-month stay after his birth.

“I’ve spent a lot of time with them over the summers, growing up and seeing premature babies in the wing that was put up at the hospital,” he said. “It really has changed the (neonatal intensive care unit) from 22 years ago when I was born to how everything is now.”

The DeFrancesco family has pledged to match all donations to the campaign up to $250,000 to support Sunnybrook’s program, which helps the hospital’s most vulnerable patients survive and thrive while providing personalized care for women with high-risk pregnancies.

DeFrancesco, who will make his Honda Indy Toronto debut next month for Andretti Steinbrenner Autosport, said that he wants to offer hope to parents and families taking care of a premature baby by sharing his story.

“I think hope and a positive mindset and positive attitude is half the battle,” he said. “If everything is doom and gloom, then what is there to look forward to? And push on for?

“I think raising awareness about my story and, and giving hope to other families in very, very similar situations to what I was in is a huge part of this campaign.”

Sunnybrook is inviting the public to enter a draw for a chance to win a pair of VIP passes to the Honda Toronto Indy and sign a Cheer Card for DeFrancesco. Sunnybrook will share these messages of support and encouragement with DeFrancesco before he hits the start line in Toronto.