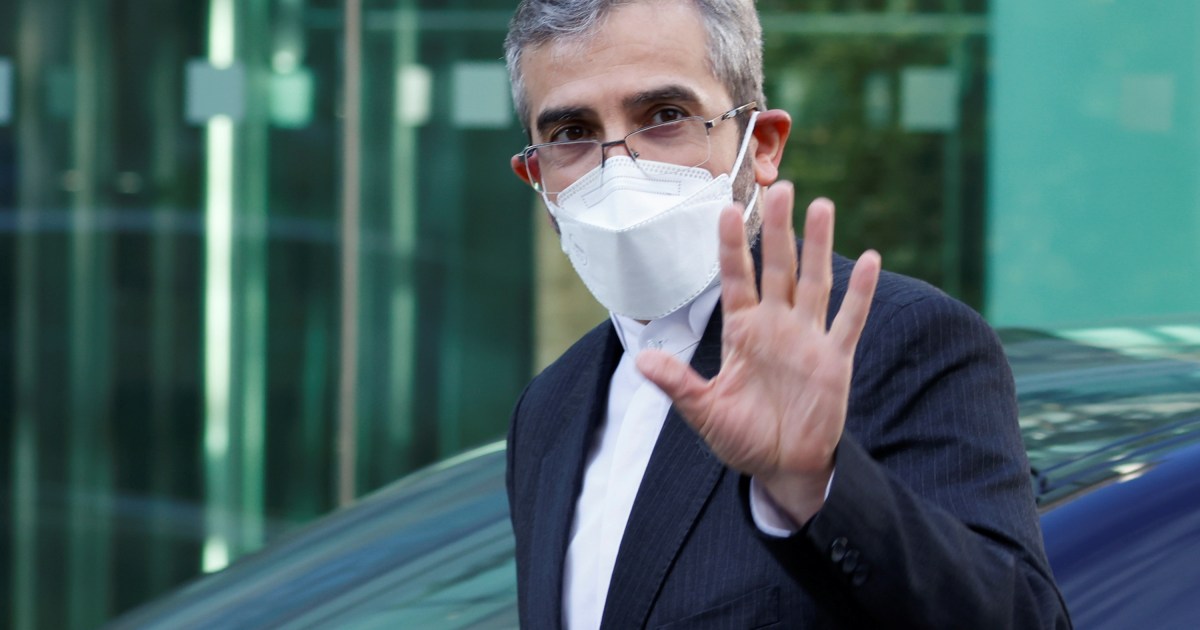 Planned talks in Doha could be a final opportunity for Washington and Tehran to save the landmark 2015 nuclear accord.

Tehran, Iran – Iran and the United States will restart their stalled talks, aimed at restoring a landmark 2015 nuclear accord, in Qatar with mediation by the European Union.

The US Special Envoy for Iran, Robert Malley, is also reportedly headed to the Qatari capital.

News of the talks comes two days after EU foreign policy chief Josep Borrell travelled to Tehran to meet with Iranian Foreign Minister Hossein Amirabdollahian and the two sides announced an “immediate” restart of the talks that had hit a deadlock since March.

Iran has maintained that, more than anything else, it wants to make sure that the economic benefits promised under the original deal will be guaranteed during the negotiations. The US wants to restore the deal to reinstate curbs on Iran’s nuclear programme, which Tehran insists is peaceful.

The US unilaterally abandoned the deal in 2018 during the presidency of Donald Trump, and imposed hard-hitting sanctions on Iran that are enforced to this day by current President Joe Biden.

Talks to restore the Joint Comprehensive Plan of Action (JCPOA), as the deal is formally known, began in April 2021 between Iran and the P4+1 – China, Russia, France, Germany and the United Kingdom – in Vienna with indirect US participation.

Most issues were agreed by March, but a few consequential issues revolving around the scope of lifting sanctions remained between Iran and the US. Talks continued indirectly through EU mediation, but negotiators failed to agree on those issues, one of which was whether a “foreign terrorist organisation” designation on Iran’s Islamic Revolutionary Guard Corps (IRGC) would be lifted.

There is no guarantee that the Qatar talks will lead to a final agreement, but they could signal a final effort as the time that remains to revive the nuclear deal may be limited.

Earlier this month, Iran dismantled 27 monitoring cameras set up by the International Atomic Energy Agency (IAEA) as part of the JCPOA, and installed advanced centrifuges, in response to a censure on Tehran proposed by the US and its European allies at the agency’s board of governors meeting.

Both the IAEA director-general, Rafael Grossi, and EU’s Borrell have warned that the move by Tehran could prove fatal to JCPOA efforts if a solution is not found within weeks.