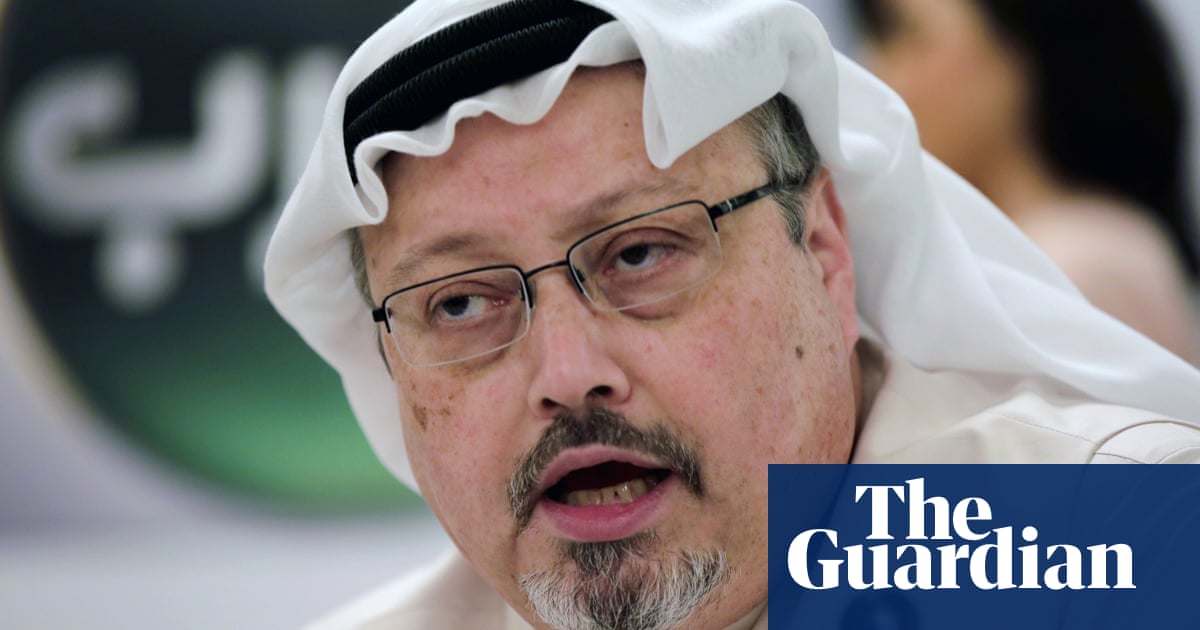 The wife of murdered Saudi journalist Jamal Khashoggi is preparing a lawsuit in the US against spyware maker NSO Group, claiming she was targeted with the Israeli company’s Pegasus software.

Hanan Elatr, 52, is also planning to sue the governments of Saudi Arabia and the United Arab Emirates (UAE) for their involvement in the alleged attempts to install the software on her mobile phone.

She is receiving support for her attempts to gather evidence for the cases from Agnès Callamard, the former UN official who investigated the murder in her role as special rapporteur for extrajudicial killings.

Elatr, who is in the US where she has applied for political asylum, is seeking to retrieve two mobile phones, an iPad and a laptop belonging to her husband that are believed to be in the possession of the Turkish authorities to help with her case.

She said: “It is important to make everyone involved in this horrible crime accountable. My husband was a peaceful man. I believe in American justice.”

Khashoggi, a columnist for the Washington Post, was killed and dismembered at the Saudi consulate in Istanbul in October 2018.

US intelligence agencies concluded that the killing was approved by the Saudi crown prince, Mohammed bin Salman, which he denied, describing it as a “heinous crime” and a “mistake … committed by officials working for the Saudi government”. The Saudi government has prosecuted 11 men for carrying out the killing and sentenced five of them to death, though the death sentences were later overturned.

Last year evidence emerged that suggested that a client of NSO had targeted Elatr several months before her husband’s death, between November 2017 and April 2018.

The Pegasus software can transform a phone into a surveillance device, with microphones and cameras activated without a user knowing.

A forensic examination of Elatr’s Android phone in 2021 found that she had been sent four text messages containing malicious links connected to Pegasus, although successful installation was not proven by the analysis.

Activity on Elatr’s confiscated phone during a period when she was in the custody of UAE intelligence services after being arrested in Dubai airport in April 2018 further suggests that an attempt was made to install the software at that time.

NSO has rejected the claims, previously reported by the Guardian and the Washington Post. “Our technology was not associated in any way with the heinous murder of Jamal Khashoggi,” the company said. “We can confirm that our technology was not used to listen, monitor, track, or collect information regarding him or his family members mentioned in your inquiry.”

The company did not respond to a request for comment on the potential lawsuits.

Elatr said she was determined to use the US courts to get full disclosure about who was potentially spying on her husband and those closest to him in the period before his murder.

As she builds her legal case, Elatr is seeking the mobile phones and other devices belonging to her husband and in Istanbul at the time of his death, which she believes are held by the Turkish authorities.

An attempt by Randa Fahmy, legal counsel to Elatr, to secure the devices from the Turkish embassy in Washington failed last year, with officials insisting that she would need to make a legal application in Turkey.

Pressure is, however, being put on the White House to intervene following the decision by a Turkish court to suspend a trial in absentia of 26 Saudis accused of the killing, ahead of it being transferred to Saudi Arabia.

Callamard said in a statement that she had been blocked in the past from retrieving the phones.

She said: “As UN special rapporteur investigating the Saudi state murder of Jamal Khashoggi, I was aware from the very first days that the Turkish authorities were holding Jamal’s phones and his computer as part of their investigation.

“From the very beginning of my investigation, in my meetings with the prosecutor, I asked whether they had investigated whether the phones or computers had been hacked but never got any reply except that it was ‘ongoing’.

“On my last meeting with the prosecutor, I suggested that maybe other experts, such as within the FBI, should be brought in given how difficult it is to trace and identify spywares such as Pegasus. But they refused or resisted the proposal.

“I was hoping that during the trial in Turkey, the prosecutor will reveal information they had collected on Jamal’s phones or computer. But as we know this sadly did not happen and the trial in Turkey has now been brought to an abrupt end. Without justice delivered.”

Callamard, who is now the secretary general of Amnesty International, added: “I have been informed of the efforts of Hanan Elatr Khashoggi to secure these items from the Turkish authorities. I certainly support such efforts.

“The Turkish government has been clear that it does not intend to proceed with the investigation and the trial. It should therefore hand over any evidence still in its hands to those which are truly and authentically determined to reveal the truth about Jamal’s killing.

“Determining whether his phones had been hacked, whether he was under digital surveillance, identifying the spywares – these are all crucial elements both for the purpose of truth telling and for understanding and preventing targeting of dissidents.”