Skip to content
HomeNewsJohnson will win this vote, but what about the next one? His days are numbered | Martin Kettle 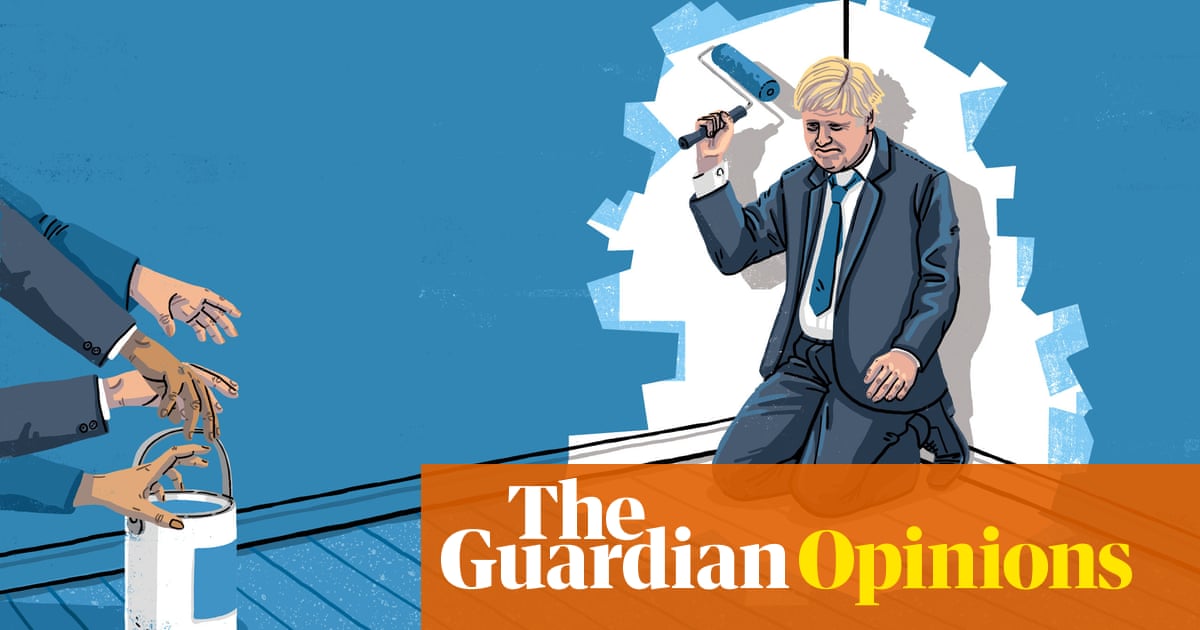 One way or another, Boris Johnson will survive the Commons vote tomorrow on whether he misled parliament over the lockdown parties in Downing Street. That bit’s a certainty. But it’s also, very importantly, not the real point of the exercise. The point of Labour’s motion is to get Conservative MPs to dip their hands in the blood.

Most Tory MPs, we can be confident, think that Johnson did in fact lie to parliament. Labour’s motion is drafted in as unprovocative a way as possible, in the hope of capitalising on this truth. Johnson is not accused in the motion of deliberately misleading MPs; instead it lists a number of statements to MPs that “appear to amount to misleading the house”. Nor would the inquiry by the privileges committee start until the police investigation is over.

In short, Labour has gone out of its way to encourage as many Tory MPs as possible to show their doubts. But the softly, softly approach has a longer purpose too. It means that all those who vote against the motion will also have no excuse in future. They will go on the record as signed-up co-owners of Johnson’s actions and lies. Their votes for Johnson are certain to form the basis of thousands of targeted general election messages. Because lockdown parties have outraged most of the general public, Thursday’s vote will therefore weaken both Johnson and the Tories.

Political eclipse is almost never an overnight business. The drip-drip of vanishing authority takes time. David Cameron is probably the only 21st-century prime minister to fall quickly. The others have seen their authority dwindle away bit by bit. The same thing is now happening to Johnson in front of our eyes. It’s even visible in the way he looks and sounds. You don’t come back from things like this.

He will try, for the umpteenth time, to declare the matter over, but this is another lose-lose moment for Johnson. Lose the vote, and he is not packing his bags. He is instead at the mercy of the Commons privileges committee, which would conduct an inquiry, obtain previously unpublished documents and photographs from the lockdown parties, and potentially censure or even suspend Johnson from the Commons. That would require another vote, with another set of dilemmas for Tory MPs.

Yet win the vote, and Johnson still loses in the long run. Not only have his backbenchers been made complicit in his unpopular action, but he and they are still in the middle of a minefield. The threats are familiar: further fines, further apologies, Sue Gray’s report, local election defeats, a widening Labour poll lead. Just one of these could change the mood entirely, whatever the result of the vote.

It would be a big mistake to underestimate the significance of all this. When confronted with a prime minister convicted of an offence, or a disgraced MP such as Imran Ahmad Khan or Claudia Webbe, it is easy to be angry with parliament’s formalities about honourable members and the rest of it. Most MPs nevertheless do actually want to be honourable, do want to obey the rules and do want to do the right thing.

Johnson acolytes such as Jacob Rees-Mogg like to give the impression that for a Tory MP to vote against Labour’s motion will be a mere bagatelle in an endless party game that Tories always win. But choosing which way to jump matters more than you may think to those who are actually faced with the choice. Propriety is important to a lot of these MPs. They still possess a moral compass. And they certainly have an instinct for self-preservation. In my experience, nothing – but nothing – matters more to MPs than being re-elected.

The reality is that the Tory party now has a vacancy for a new leader it thinks would win an election Johnson would lose. The problem is that it hasn’t got a candidate. That says a lot about the state of the party, and much of this is Johnson’s own doing. By getting rid of people including Amber Rudd, David Gauke and Rory Stewart in 2019, he jettisoned some plausible rivals. But it’s also because Rishi Sunak has self-destructed and Liz Truss’s rise has slowed. As for the defence secretary, Ben Wallace, who is often deemed to be having a good war, and who currently tops the supposedly influential ConservativeHome ministerial charts, one MP tells me that not even Wallace himself thinks he should run.

At which point it is worth asking the following question: if you were Jeremy Hunt, what would you be doing now? The former health and foreign secretary was Johnson’s closest rival in 2019. A third of the party members who voted in the leadership election backed him. He has not created trouble for Johnson since. But Hunt definitely still wants the top job. He has clearly been taking soundings in the party, and appears to have an embryonic team in place.

Yet Hunt does nothing. Instead he bides his time. Perhaps he will close in after the local elections. But he has work to do with the party – and the electorate – to boost his credentials. He needs to declare where he stands, perhaps by making a serious and ideas-heavy speech before or very soon after 5 May. Offering some form of Johnsonism without Johnson won’t cut it. If people want Johnsonism there is only one person on offer. If Hunt is not careful, he may find that he is positioning himself to be a Conservative leader of the opposition, not a Conservative prime minister.

That depends on Johnson, but it also depends on Labour. Labour’s current priority is not necessarily to oust Johnson. It is to keep weakening him over Partygate and the cost of living, and hope the May elections deliver further evidence that Labour is now seen as an alternative government. That is why victory in the Wakefield byelection is essential for Labour, which is in turn why so much attention is being given to choosing a byelection-proof candidate. If I were Keir Starmer, I would want the retiring TUC general secretary, Frances O’Grady, to run.

In most of England and Wales, though not in Scotland and Northern Ireland, Partygate and the cost of living seem to be changing the terms of the party political battle in ways that were not widely predicted after Johnson’s 2019 triumph. When the next general election comes, it is quite likely that in the majority of parliamentary seats the battle for votes will now take a more familiar, pre-Brexit form of a battle for undecided voters. Before that happens, however, there remain big battles within the two major parties as well as between them, as the vote on Thursday will surely show.