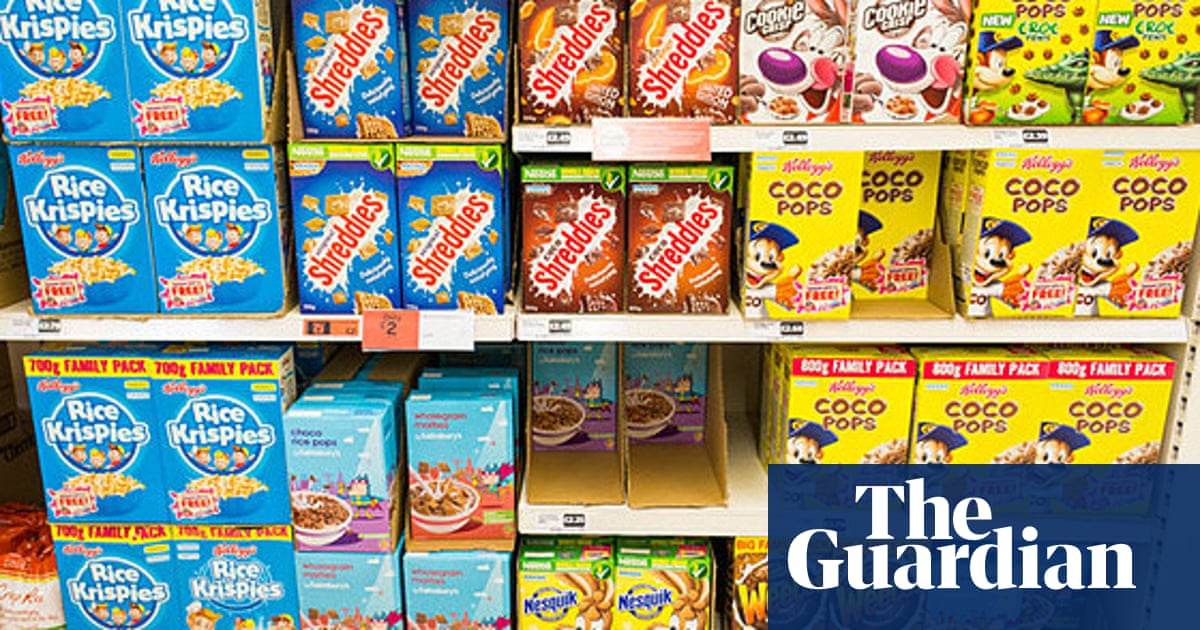 Ministers have delayed by a year publication of a report that will show whether they have achieved their goal of reducing the sugar content of a wide range of foodstuffs by 20%.

The official assessment of the government’s high-profile drive to cut the amount of sugar in Britain’s diet was originally due to be published last autumn. However, it was initially put off until early this year and has now been held back again and will not appear until this autumn.

Anti-obesity campaigners believe publication is being delayed because ministers are embarrassed that food producers and retailers have ignored their demands to cut sugar levels by a fifth.

They say problems such as obesity, type 2 diabetes and tooth decay will continue to worsen unless the government is open about how much sugar was removed from foodstuffs by the deadline of 2020 as a result of its exhortations to the food industry to make products healthier.

A paper that the government’s Scientific Advisory Committee on Nutrition (SACN) discussed at its most recent meeting, on 11 March, disclosed that the report was now not going to emerge until “autumn 2022”.

Barbara Crowther, of the Children’s Food Campaign, an alliance of health and children’s organisations, said the year-long delay was “frustrating and quite frankly unacceptable”.

She said: “We understand this report has been ready for some time, so now urge the government to publish this information immediately. We fully expect it will comprehensively reveal the leaders and the laggards, and the need to hold some sectors of the food and drink industry to much more robust account.”

Campaigners for healthier food are also concerned that the government appears to be backtracking on its repeated pledge that if food producers do not voluntarily strip out significant amounts of sugar, it will force them to do so. It made that threat when it first told the food industry to cut sugar levels by 20% by 2020 in its 2016 childhood obesity plan.

For example, that plan said that if updates on the sugar reduction programme showed that progress was too slow, ministers would look at “whether alternative levers need to be used by the government to reduce sugar and calories in food and drink consumed by children. If there has not been sufficient progress by 2020, we will use other levers to achieve the same aims.”

In October 2020 Public Health England (PHE) published the most recent of three progress reports so far. It found that supermarkets, cafes and restaurants had reduced the sugar content of their products by only 3%.

While the amount of sugar in breakfast cereals, yoghurts and fromage frais had fallen by 13%, sugar content had risen by 2% in puddings and remained unchanged in chocolate and confectionery. The campaign group Action on Sugar said the findings showed that the government’s strategy of relying on food businesses to voluntarily remove the required 20% was “simply not working”.

Ministers and government policy documents have reiterated the threat to use compulsion to achieve the 20% target many times since it was first set. For example, in 2020 Boris Johnson’s administration said the government was “committed to further action if progress is not made”. Legislation or an extension of the highly successful sugar tax on soft drinks were floated.

However, the health minister Maggie Throup signalled an apparent U-turn when she disclosed in a parliamentary answer in January that “there are no current plans to introduce further measures”.

Mhairi Brown, a nutritionist who is Action on Sugar’s policy and public affairs manager, said she could not understand why the final progress report had not been published.

“I can’t help but feel that their threat of legislation was an empty one. Now it’s time for them to announce further measures and they don’t want to commit to it,” Brown said. “So much of our everyday food and drinks comes packed with sugar, put there by the food industry. The food industry needs to gradually take it out and the government needs to lay out a framework to guide that work, monitor that work and hold companies to account if they don’t comply.”

The Department of Health and Social Care declined to comment on the latest delay. DHSC sources said the report “is expected to be published in the first half of this year”.