In order to cite the most perplexing teams in the NBA, you must first define the term itself.

For these purposes, we’ll stick with which teams are “baffling, confusing and straight-up head-scratchers.” That explains it. That seems to work.

This isn’t meant to classify them as “disappointing” teams, although there is a level of disappointment with where they currently sit in the standings, based on preseason projections and plain common sense. No, instead it’s all about how and why these teams look the way they look and where they might be heading.

Miami Heat President Pat Riley has a longstanding belief that after 20 games, a team knows its identity. But that is not always true of teams who have contended with injuries or seen a big roster turnover or who have made a bold trade move.

With all of the above in the mind, we chose two teams in the East and two in the West and try to explain it all without getting a headache, keeping in mind the season is only just at the quarter-pole for some teams and anything is subject to change – for better or worse.

You know what happens when you trade the future for the present? You place a heavy burden on those whose job is to produce in the present. This is probably the reason for the slow start in Minnesota – players are feeling the pressure to be something they’re not – yet. As in, title contenders.

When the Wolves swapped a handful of young players and unprotected first-round picks for Rudy Gobert, suddenly the stakes changed, and rather abruptly. Suddenly, a franchise that normally would be thrilled to make the playoffs was saddled with the urgency to win 50 games and go deep into the postseason if only to justify the trade with Utah. Even Karl-Anthony Towns said, when the trade was made: “It’s go time. There are no more excuses… we’ve got to get it done now.”

Easy to say, complicated to do. And the Wolves are finding that out. They’re learning that contenders show up every night and go on winning streaks and drop delicious hints. Towns, D’Angelo Russell and Anthony Edwards have never been in this position before, and some nights, it shows. Russell looks more and more like someone keeping the point guard seat warm for the next guy, while Edwards has still yet to duplicate the superstar-turn he showed in the playoffs last year.

Actually, Gobert has looked decent when used, leading the league in rebounding, shooting 62 per cent and has been everything he’s supposed to be. But, there are chemistry concerns about having him and Towns on the floor for long stretches.

There is no doubt that the team has struggled with developing chemistry, though, and a recent statistic illustrates that perfectly. NBA analyst Kevin O’Connor revealed that shooting guard Anthony Edwards only passes to Rudy Gobert 1.7 times a game. This could definitely be a concern if the numbers mentioned don’t trend up in the future. For contrast, Donovan Mitchell found the Frenchman 4.4 times a game in Utah. Gobert also went shotless from the field the other night, albeit in a win, against Miami.

Their trade for Gobert was an attempt to buck the trend of small-ball and, of course, there is still a long time to figure things out but Minnesota right now is a middle-of-the-pack team. They need to defy the notion that Wolves run in packs, and learn how to distance themselves from it.

Hey, the championship champagne stains are still stenchy, right? Therefore the Warriors, currently caught in a fog, deserve a break, no? Cut them some slack and give them the benefit of the doubt that, eventually, they’ll figure it out.

Okay… but that doesn’t mean they’re not causing concern. The planned merging between old school (Steph Curry, Draymond Green, Klay Thompson) and new (Andrew Wiggins, Jordan Poole, Moses Moody, Jonathan Kuminga) has hit a snag. This isn’t the harmonious blend that Golden State hoped for, at least not yet. 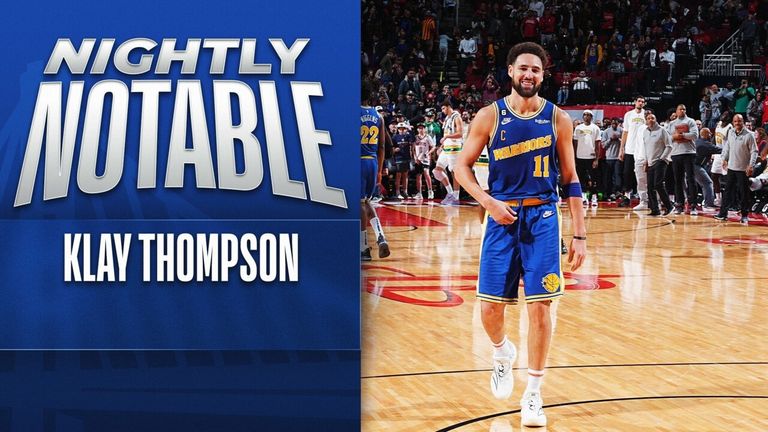 And that blueprint suffered a setback when third-year center James Wiseman was sent down to the G League for grooming. On one hand: Poole did time in the minors last season and came back in a rush. On the other: Wiseman is a former No 2 pick and, fairly or not, is being judged by those standards.

Not to hoist all the blame on Wiseman’s slow development, because others are faulty, too. Green and Thompson don’t appear to be the same players who ruled during the heart of the dynasty years. Only Curry is performing at a high level, and the Warriors should be thankful for that; Curry is flirting with the NBA scoring lead (only the outrageous 34.0 points per game Luka Doncic is firing sits ahead of him) and is shooting 44 per cent from deep. He is also actually more efficient than he was last season, shooting 52-44-90, on course for the vaunted 50-40-90 season on shooting splits.

It’s just a weird time for the defending champs and without Curry they might be in very deep trouble. They haven’t dealt with a significant personnel setback and yet… here they are, fighting among the mortals in the West.

Perhaps the off-season drama where Draymond Green punched Jordan Poole during a training session has had a more lasting impact than people anticipated. Or maybe it’s just a longer-than-usual championship hangover. Perplexing, indeed.

In case you forgot, five short months ago Miami was a Jimmy Butler jump shot away from playing in the NBA Finals for the second time in three seasons. Oh, and the Heat didn’t lose any important rotational players between June and now, unless you place a high value on PJ Tucker, who only stopped through town for lunch before bailing for the Sixers. The meat of this team remains intact: Butler, Bam Adebayo, Tyler Herro, Kyle Lowry, a batch of useful role players and one of the best coaches in the biz, Erik Spoelstra.

But what exactly is happening? Miami is maddening right now. “The Culture” isn’t clicking, the Heat are flirting with the Play-In Tournament cut-line and can’t get buckets. They couldn’t pull out close games against the Kings, Wizards and Pacers, none of whom made the playoffs last year. They lost by 26 to the Cavs. And their home record is a rather pedestrian (for them) 6-4. This is so un-Miami-like. Not exactly time for five-alarm bells, but definitely cause for a wake-up call.

Miami can definitely play the Health Card, given that Victor Oladipo remains out indefinitely. Additionally, Herro has missed seven games and Butler four. Those two are so important to the offense and that’s a big reason Miami hasn’t been able to close out strong in a string of tight games. Herro and Butler are options 1 and 1A in those moments. When healthy, both have been very good to superb this season, especially Butler, once again strong defensively (1.8 steals), on the boards (6.6), finding teammates (6.1 assists) and with buckets (21-point average). 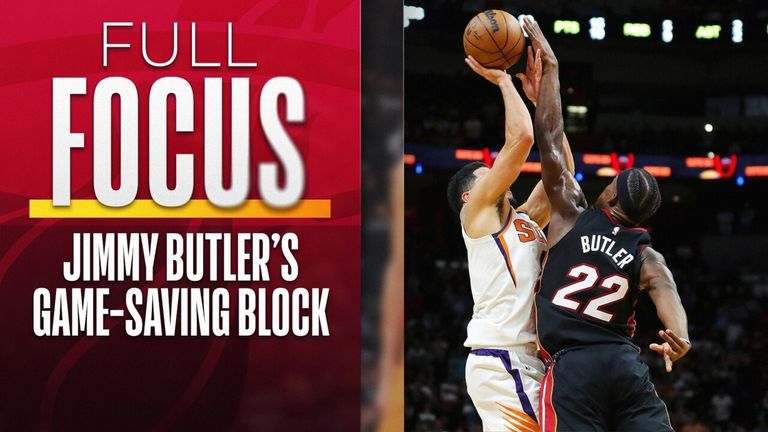 That said, the Heat traditionally are a strong-willed team during times of need, and their depth is a strength. Speaking of that: Whatever became of Duncan Robinson? Ever since he grabbed the bag two offseasons ago, his decline has been slow and painful. Last season he lost his place in the rotation. This season, his minutes and three-point shooting are the lowest since his rookie season when he was rather anonymous. If Robinson isn’t hitting three-pointers, he’s virtually unplayable.

The good news: The schedule lightens up after the first week of December. Is this when the Heat toughen up?

Last season, this team took the league by surprise if not by storm, and it was especially pleasing to see DeMar DeRozan and Zach LaVine not only become All-Stars, but taking turns at being the hero in tense moments. Oh, how the Bulls would love to return to those nights.

And maybe eventually, they will. But it’s hard for LaVine to bail them out if he’s benched down the stretch, as was the case during the season-low point, a humiliating loss to Orlando when LaVine missed 13 of his 14 shots. He wasn’t particularly thrilled by coach Billy Donovan’s decision, but it’s been a puzzling stretch for LaVine ever since he injured his knee late last season. He signed a fat extension over the summer, then saw his rehab stretch into the season, raising questions about his recovery.

It doesn’t help that Chicago still awaits Lonzo Ball, whose return is anyone’s guess, and is no doubt bummed that former first-round pick Patrick Williams hasn’t blossomed yet, while free agent signee Alex Caruso has been just okay, nothing special.

Essentially, this team still relies somewhat heavily on LaVine, DeRozan and Nikola Vucevic to haul the load. And that’s fine; they’re three All-Stars, just not franchise players. And if the rest of the rotation is rather mild, this could be a stagnant season for a team looking to be taken seriously as contenders.

Then on Sunday, Minnesota Timberwolves host Golden State Warriors from 8.30pm on SS Arena (with a free stream on Sky Sports YouTube and website), followed by Memphis Grizzlies’ trip to the New York Knicks from 11pm on SS Arena.