An armed Lebanese man stormed into a bank in Beirut on Thursday, holding staff members hostage and threatening to light himself on fire with gasoline if he didn’t receive his trapped savings, a security official reported.

According to the official, who spoke on the condition of anonymity in accordance with regulations, the man, identified as 42-year-old Bassam al-Sheikh Hussein, allegedly entered a branch of the Federal Bank in Beirut’s busy Hamra neighbourhood carrying a canister of gasoline and held six or seven bank employees hostage. George al-Haj, the head of the Bank Staff Syndicate, however, told local media that two customers and seven to eight bank employees are being taken hostage. 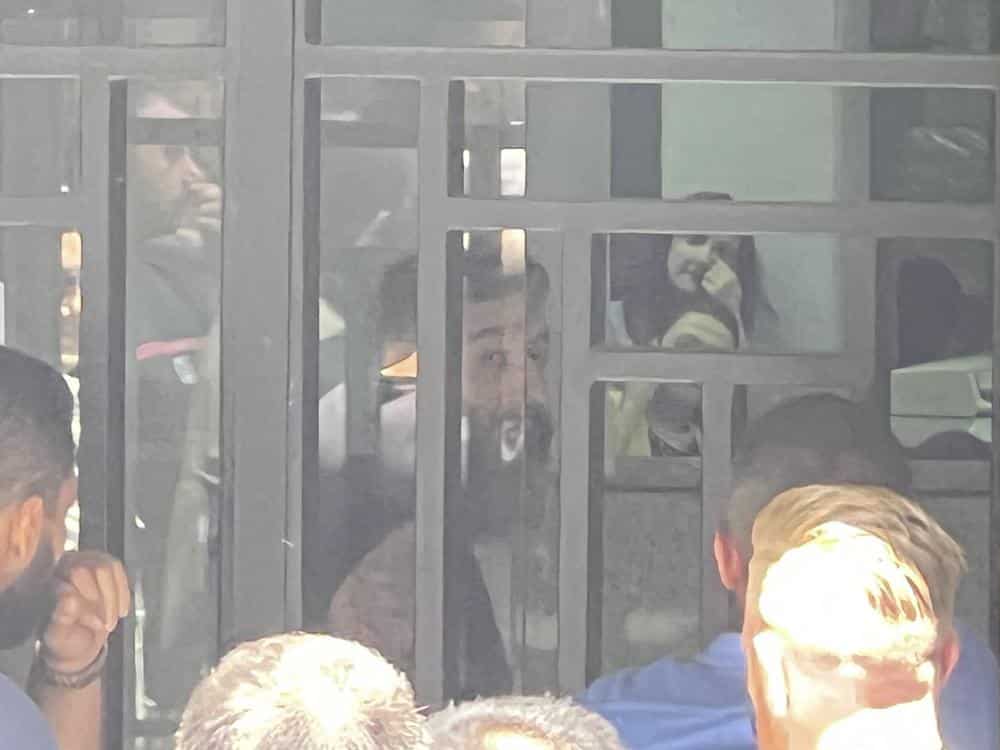 A man shouts inside the bank as he holds hostages at gunpoint in Beirut, Lebanon on Aug. 11, 2022. A Lebanese security official says a man armed with a shotgun has broken into a Beirut bank, holding employees hostage and threatening to set himself ablaze with gasoline unless he receives his trapped saving. (Photo credits: AP)

According to the official, the man also fired three warning shots. He reportedly has roughly $200,000 trapped in the bank, according to local media.

Since late 2019, Lebanon’s cash-strapped banks have imposed stringent withdrawal restrictions on foreign currency assets, effectively wiping out many Lebanese savings. Three-quarters of the people are now living in poverty as a result of the nation’s worst economic crisis in modern times, and the value of the Lebanese pound has fallen by nearly 90% versus the dollar.

The region has been surrounded by members of the Lebanese army, internal security force police officers, and intelligence personnel. Officers are attempting to negotiate a deal with the armed man, but so far without success.

According to a bank customer who left the premises as the conflict got worse, the customer was demanding to withdraw $2,000 to cover his father’s healthcare fees. Standing outside the bank, his brother Atef told the Associated Press that if the bank would give him money to cover his father’s medical expenditures and family expenses, his brother would be willing to turn himself in.

As Hussein waited for his savings to be released, a large group of demonstrators gathered nearby, chanting anti-Lebanese government and bank slogans. Even several onlookers praised him as a hero.

Dina Abou Zor, an attorney with the legal and advocacy group the Depositors’ Union, was among the protesters. “What led us to this situation is the state’s failure to resolve this economic crisis and the banks’ and Central Bank’s actions, where people can only retrieve some of their own money as if it’s a weekly allowance,” she said. And as a result, some people have acted independently.

A coffee shop owner in eastern Lebanon successfully withdrew $50,000 from a bank branch in January after holding bank employees hostage and threatening to kill them.

Since the start of the economic crisis, Lebanon has not yet implemented official capital controls.

(With inputs from the agencies)