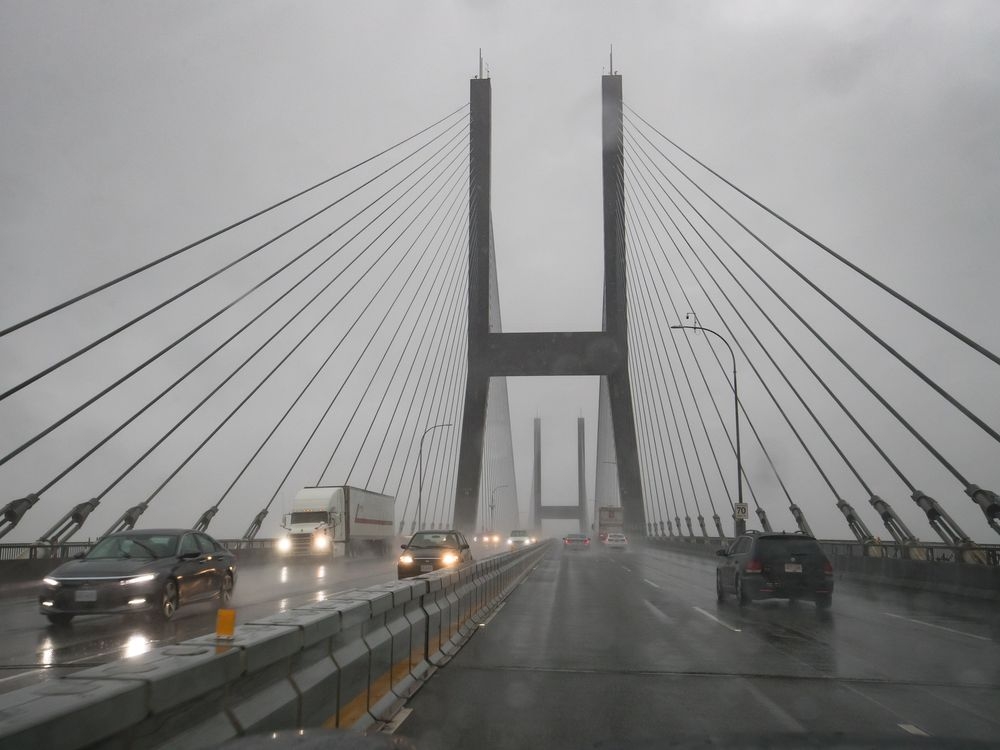 DELTA, B.C. — Police say drivers on the Alex Fraser Bridge outside Vancouver honked and yelled at a man in a mental health crisis standing outside the safety rail, with some encouraging him to “take action.”

Delta Police closed the bridge’s southbound lanes for several hours Monday while officers negotiated with the man, who spent eight hours standing on a small platform before agreeing to come safely back to the other side.

According to a police statement, some drivers walked up the bridge deck, interfered with the negotiations, and videoed or photographed the man.

One driver stuck in the gridlock went around vehicles maintaining the road closure, forcing officers to “disengage from the crisis,” the statement says, while another drove around barricades and was found to be impaired.

Police say after the man in crisis agreed to come back to the safe side of the bridge, he was provided with medical attention.

Police Chief Neil Dubord says he is proud of the work and commitment of all first responders.

“We also recognize that the bridge closure caused frustrations, and our team will review this incident with our partners to determine how we can lessen the future impact on the public,” he said in a statement.