Skip to content
HomeWorldExplainer: From McDonald’s to Pizza Hut – How Mikhail Gorbachev brought capitalism to Russia 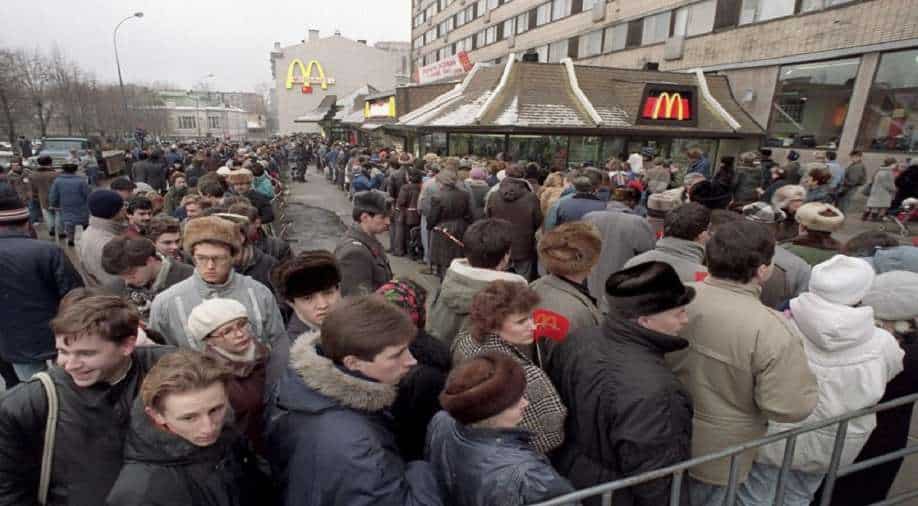 The fall of the Soviet Union was both a devastating as well as beneficial event for Russia. While it did hurt the sentiments of the people, the “Iron Curtain” was also raised for the first time, allowing companies from all around the world to come to the country. It was a new market for the global franchises looking to expand their base and president Mikhail Gorbachev was their perfect ally.

Gorbachev, the Nobel Peace Prize winner and former President of Russia who died on Tuesday aged 91, was instrumental in ending the cold war with the fall of the Berlin Wall. While the global impact was massive, its ripples were also felt in Russia which was about to open itself to capitalism.

With the Russian economy suffering at the end of 1990, Gorbachev decided to restructure the system completely and the first major move was to invite global franchises to invest in Russia.

“We cannot live this way any longer,” he once said according to New York Times.

In January 1990, Russia saw the first McDonald’s open its gates in Pushkin Square, Moscow. The name was already quite popular among the citizens and it came as no surprise that people stood in line to spend what many described as “four days’ salary” on the food served at the outlet.

That was just the beginning as the next few years saw American cars, toys and even clothing making their way into the American market. In a country which was too familiar with shortages during the Soviet era, the customers were looking for global products and sales went through the roof.

McDonald’s quickly moved up to almost 50 outlets and the next food company to follow was Pizza Hut. They engineered the menu to Russian sensibilities and even featured Gorbachev in an ad.

In the next ten years, Russia became the host for almost all major American brands like Apple, Ford and even Starbucks. While it was not all during Gorbachev’s tenure as the Russian president, the impact that his policies had shaped the cultural and social structure of Russia for years.