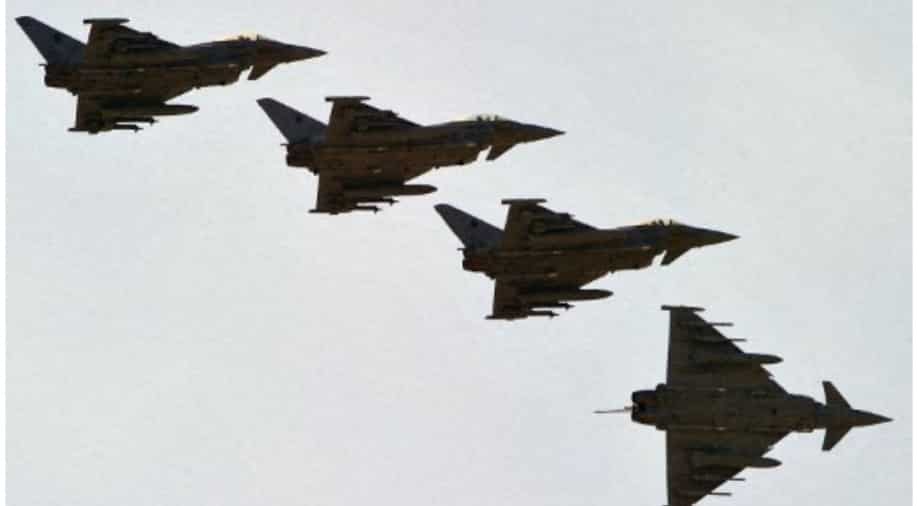 Germany is sending 13 military aircraft to joint exercises in Australia, the air force’s largest peacetime deployment, underlining Berlin’s increased focus on the Indo-Pacific amid rising tensions with China in the region.

Last year, a German warship sailed into the South China Sea for the first time in almost 20 years, a move that saw Berlin joining other Western nations in expanding its military presence in the region amid growing alarm over Beijing’s territorial ambitions.

Tensions have also risen over Taiwan since China – which claims Taiwan as its own territory – kicked off military drills around the democratically governed island after US House of Representatives Speaker Nancy Pelosi visited Taipei at the start of August.

On Monday, six Eurofighter jets took off from a base in Neuburg an der Donau in southern Germany and three A330 tankers from Cologne for the three-day flight to Australia where they will, together with four German A400M transporters that have already left, join 16 other nations in the biennial exercise Pitch Black.

During the deployment, which includes detours to Japan and South Korea, the pilots will conduct almost 200 mid-air refuellings of the fighter jets, German air force chief Ingo Gerhartz told reporters ahead of the mission.

Asked whether the war planes will pass the South China Sea and the Taiwan Strait, two flashpoints of tensions with China in the region, Gerhartz said the aircraft would use civilian air traffic routes and that no passage of the Taiwan Strait was planned.

“The South China Sea, Taiwan – these are obviously the sticking points in the region,” he told reporters. “We will fly at an altitude of more than 10 km and barely touch the South China Sea, and we will move on international routes.”

Gerhartz said that, with the deployment, he was rather aiming to send a signal to Germany’s partners than China: “I don’t think we are sending any threatening message towards China by flying to an exercise in Australia.”

The general was echoed by Australia’s ambassador to Germany, Philip Green, who stressed there was no reason why Beijing should see a regular exercise as destabilising to the region.

“We are seeking a region which will be stable, peaceful and prosperous, strategic equilibrium where each country can take their own sovereign choices,” Green said when asked about the message for China.